The defender has mostly operated as a centre-back in the Italian's 3-4-3, but on Monday put in a stellar shift at wing-back

Chelsea manager Antonio Conte has named Cesar Azpilicueta a model footballer, insisting that the Spaniard's professionalism is such that he would gladly pull on gloves and play in goal for the club if he were asked.

Azpilicueta has lined up as part of the Blues' back three for most of the season, but put his other talents on show on Monday evening as Watford fell to a 4-3 loss at Stamford Bridge.

Getting up and down for the duration of the clash, Azpilicueta got his name on the scoresheet — and was perhaps unlucky not to get on it twice — in what was another stand-out performance under his Italian boss.

“It’s been a massive season for him,” Conte told the press after the game. “Azpi played in a fantastic way. When you have this type of player it’s great for the coach. If I ask him to go and put on the gloves and stay in goal he’s ready.

“He’s a model footballer and able to play in different roles. Today he played as a wing-back, he scored one goal and could have had two or three. He’s having an amazing season.”

The 27-year-old himself also spoke after the match, and highlighted that, with the FA Cup final against Arsenal on the horizon, Chelsea are aiming to finish the season with more than just the Premier League trophy. 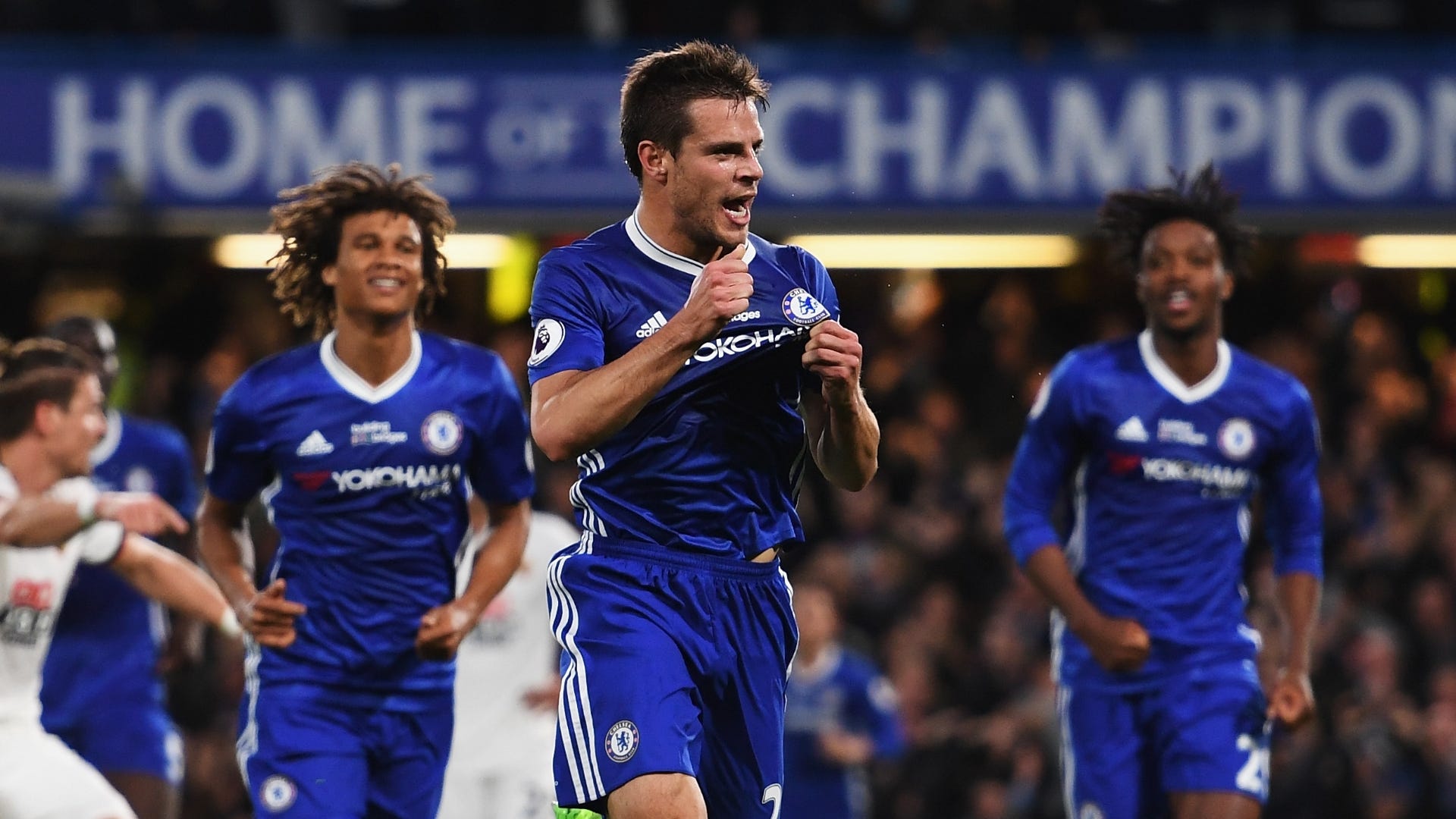 “We are really focused on [the double],” he told the BBC. “We have worked really hard to be in this position.

“We have to prepare for our final Premier League game well. Then we have a whole week to prepare for the FA Cup final. To do the double would be amazing.

“We want to finish on a high on Sunday. We want to get as many points as we can. We have been first since game 12 so obviously we have showed consistency.

“Even when defeat arrived, we didn't panic and kept unity. Tottenham were doing well but we had it in our hands and we didn't let it go.”

Turning his attention back to Monday's clash with Watford and his maiden Premier League goal, he added: “We conceded a lot of goals but we scored. It was our first game after being champions so we knew it could be tough. But we got the three points.

“It was a good moment to score my first Premier League goal this season after being champions. It was a special moment for me.”