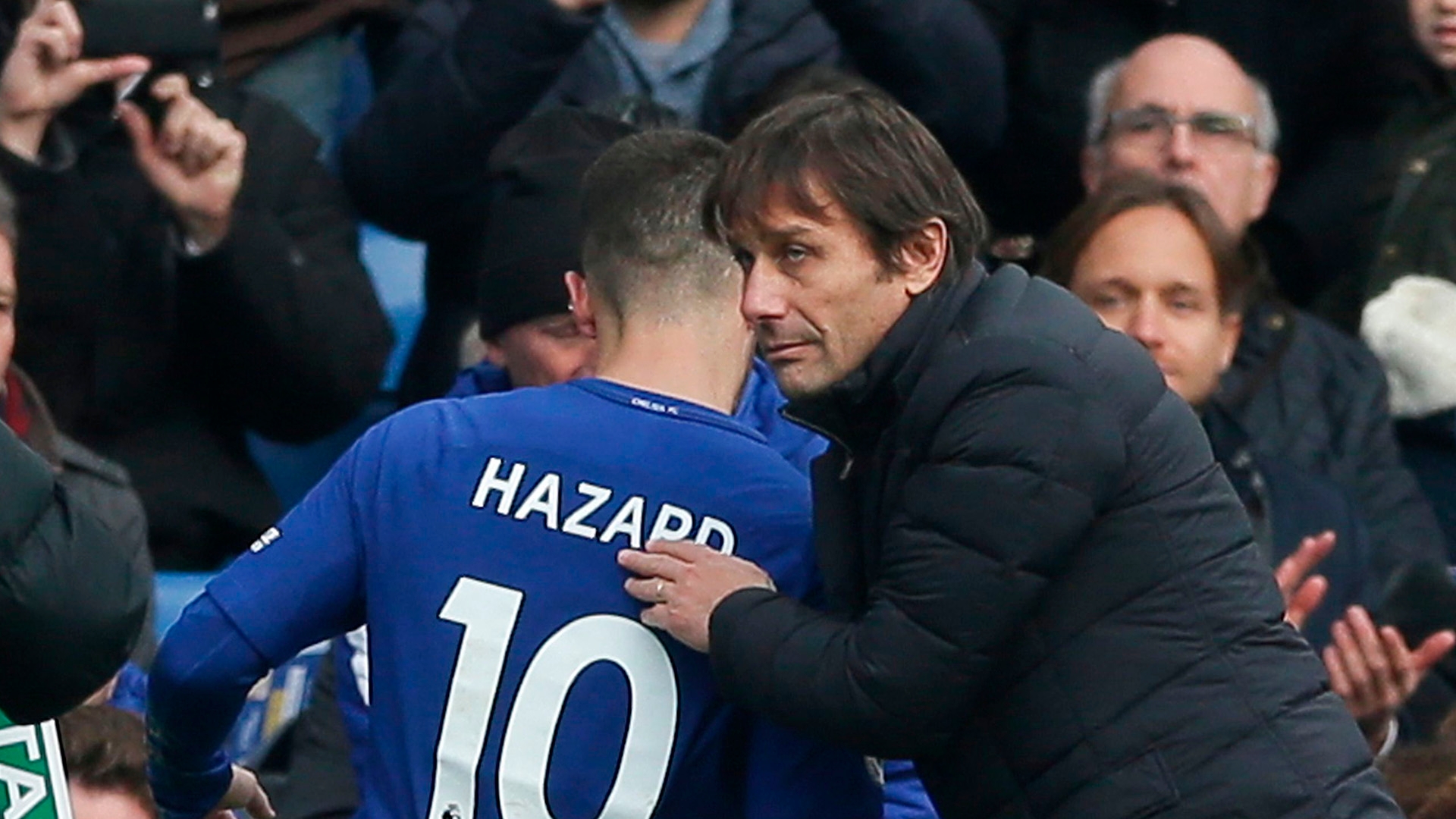 The Blues are likely to face a fight to keep their star player this summer, with the Liga champions having been strongly linked with a move

Hazard's father, Thierry, told Belgian outlet Le Soir on Friday that his son had rejected a contract offer from the Blues to keep his options open, and although Goal understands no formal offer has been made, the club plans to attempt to renew the 26-year-old's deal in 2018.

Despite the apparent interest from Madrid, Chelsea will resist any approaches for Hazard in January, with the forward still having two-and-a-half years remaining on his current contract.

And while Conte has admitted he has no power over keeping Hazard, with the club's board of directors taking a leading role in negotiations, the Italian has made it clear that he wants to see his best players remain at the club.

“If you are in a great club and you have trust in the club and the ambition of the club, I think it's right to stay," Conte said. “I must be honest, I didn't read the comments from his father today. But the father spoke in the newspaper? OK.

"It's normal, I repeat, if you think that you stay in a great club with great ambition, it's right to stay. Otherwise, everyone has to give a different opinion.

“Now, I think this is not the right moment, and also I think this question is not for me but for the club. Not for me. These are private conversations that the player, the agent of the player must have with the club.”

Meanwhile, on the pitch, Hazard hasn't scored in his last seven games and Conte thinks that adding more goals to his game would help him improve as a player.

“He could score more. If you see the stats, you understand that he can score more goals. That is an aspect he can improve,” Conte said, “When you are a striker, or a No.10, your speciality must be to score.

"I think in this aspect he has a lot of space for improvement. But don't forget he's younger than [Lionel Messi and Cristiano Ronaldo]."

Chelsea had previously targeted Virgil van Dijk but he has since come to a £75 million agreement to move from Southampton to Liverpool in the January transfer window.

Conte isn't worried about Van Dijk's decision to move to Southampton or the record-breaking price tag for a defender, as his own side aim to bring in some fresh faces in the winter market.

“It doesn't change. For us, I repeat, it's very important to look at ourselves and then try to find the right way to improve," he said. "On one hand, the way to improve this team is to work. On the other hand, there is the club and the transfer market.

"But I can only speak about my hand. I see now only one way to improve my team — to continue to work with this mentality, this desire, this will. Because, I repeat, I can tell I have fantastic players with me.”