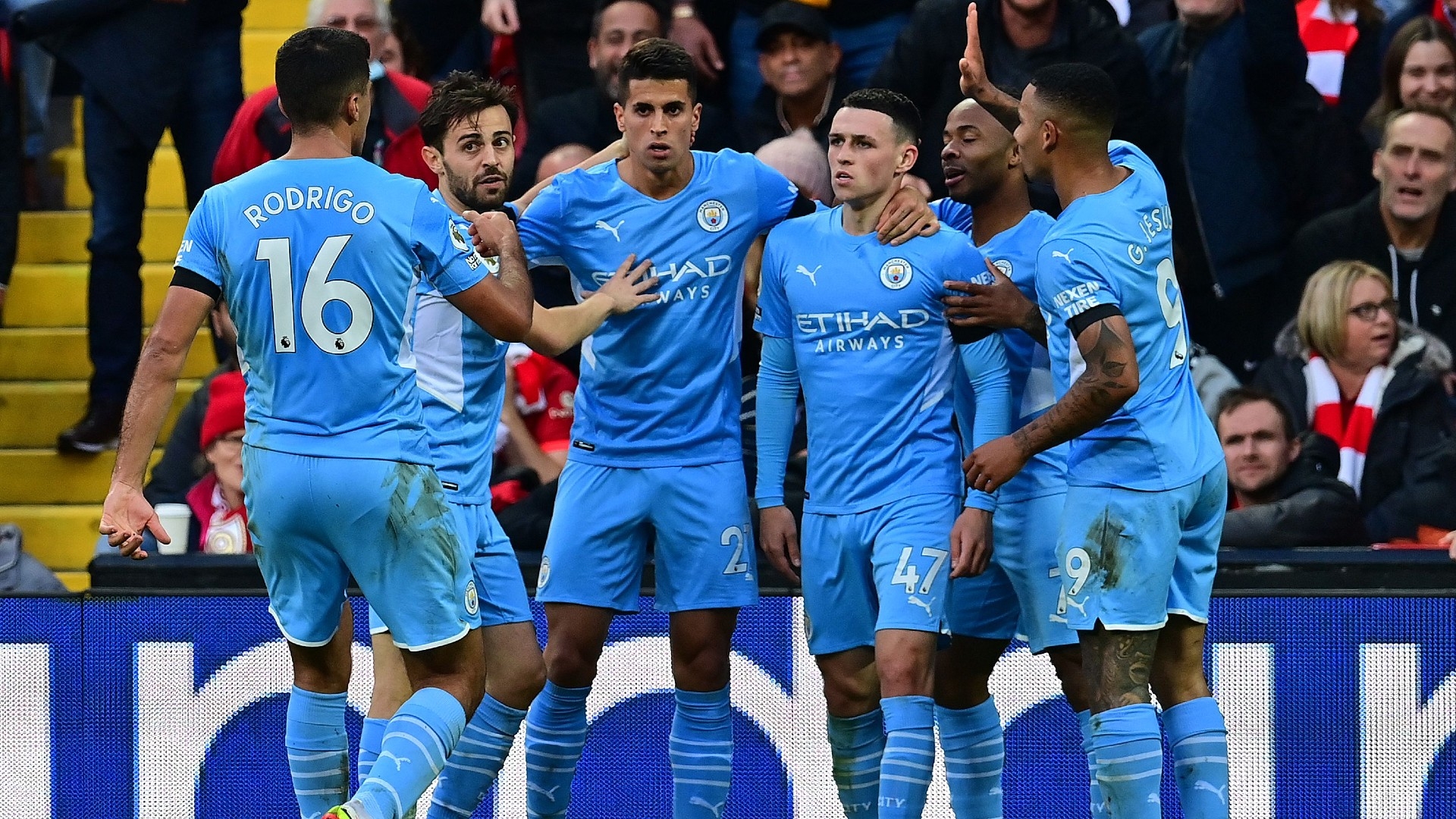 With the Belgians proving tough opposition in this season's Champions League, Al Hain-Cole thinks Guardiola's men will have to work for their win

Club Brugge will be hoping to extend their impressive start to the Champions League group stage when they welcome Manchester City to the Jan Breydelstadion on Tuesday.

Philippe Clement’s team are currently a point ahead of their visitors in Group A, having held leaders PSG to a draw at home in their opener before beating RB Leipzig 2-1 away.

Having lost just one of their 14 fixtures in all competitions this season, Club Brugge are available at 9/1 (10.0) with bet365 to cause another upset by coming out on top against last season’s runners-up.

Man City were beaten 2-0 in Paris in their last group game but are clear 1/4 (1.25) favourites to bounce straight back with a victory in Belgium.

Two of the hosts' last three home games have resulted in draws, and you can get odds of 11/2 (6.50) on them claiming a creditable point in this one.

Riyad Mahrez looks a strong 5/1 (6.0) shot to open the scoring after getting on target in five of his last seven Champions League appearances, while Kevin De Bruyne can also be backed at that 5/1 (6.0) price following goals in each of his last two games.

Veteran striker Bas Dost is the home team’s 9/1 (10.0) favourite to break the deadlock, although midfielder Hans Vanaken seems like better value at 18/1 (19.0) considering he has scored in four successive Champions League matches.

Having come into the group as fourth seeds, Brugge have already shown they are no whipping boys after competitive performances against PSG and Leipzig.

While another upset might be too much to expect against a City side desperate for a win, recent performances suggest they will take some beating in front of their own fans.

Indeed, Pep Guardiola’s men have only scored four goals in their six away games this season, so will have to work hard to break down a home defence that has conceded just four times in six fixtures.

All in all, odds of 6/5 (2.20) offer solid value on Club Brugge narrowly missing out on the points in a tight match that produces no more than three goals.