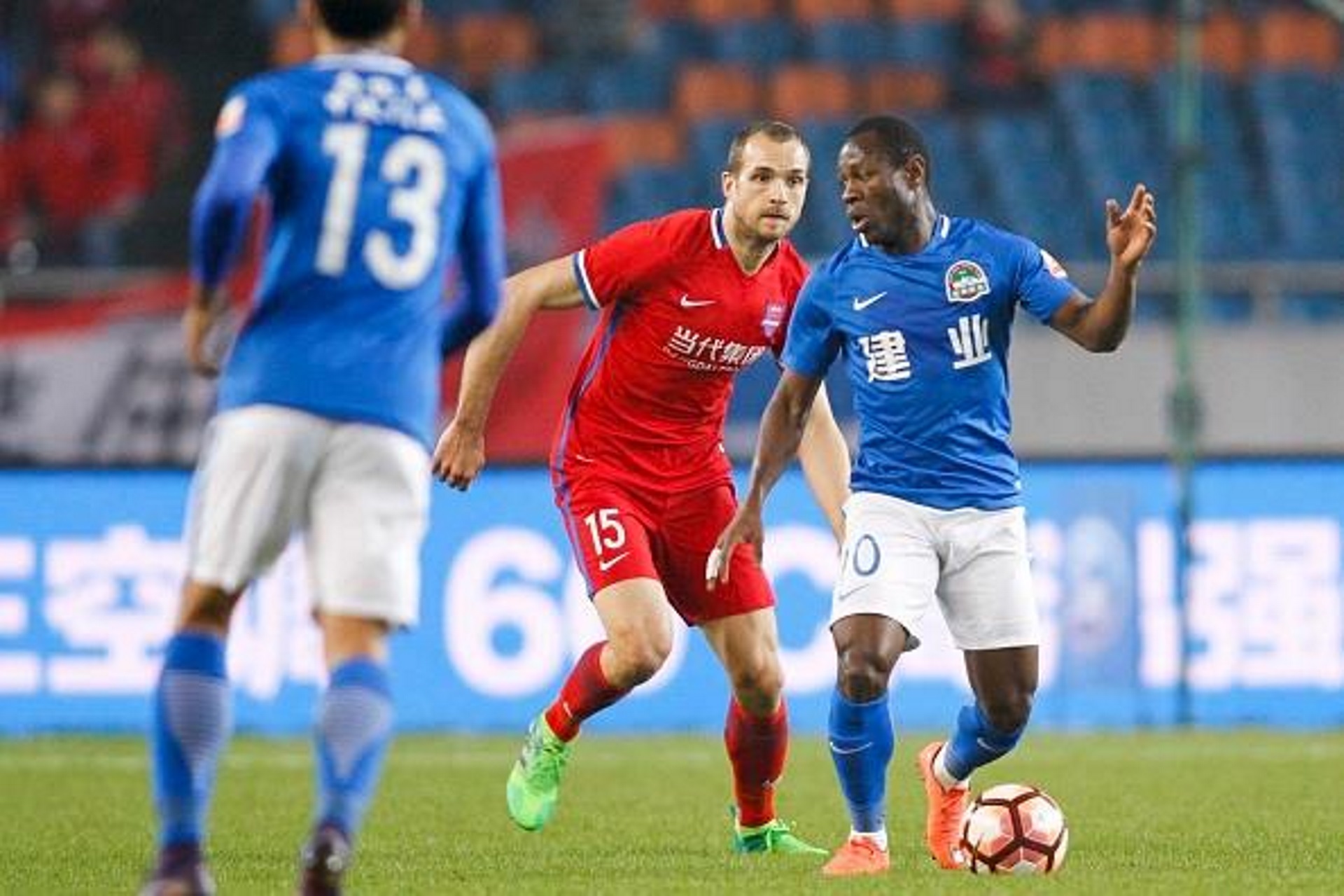 Prior to Saturday’s encounter, Jianye's only victory this campaign came against Tianjin Teda in March and last week, they came close to getting a win after another Bassogog goal gave them the lead. But they ended up 2-1 losers.

The 22-year-old, however, continued on the same wavelength as his third goal [in nine games] of the campaign ended his side’s six-game winless run.

The Cameroon international, off a Xingyu Ma assist, scored the decisive goal of the outing after nine minutes of play.

Manuel Pellegrini’s team were forced to play the larger part of the game with a man less as Mingjian Zhao got his marching orders three minutes after they fell behind.

However, the visitors could not capitalise on the numerical advantage and they had their Cameroonian dangerman off before the start of the second half.

Cote d’Ivoire international Gervinho saw the entire duration of the tie but was powerless to prevent his side from suffering a home loss.

Despite their change in fortune, Jianye are still unmoved from the 14th spot in the log after garnering seven points from nine games.

And their next Chinese top-flight encounter come against Beijing Renhe on May 13. Bassogog will be hoping to extend his goalscoring run, as well as his team’s fortune.