Chelsea legend Drogba named WHO Ambassador for Sports and Health 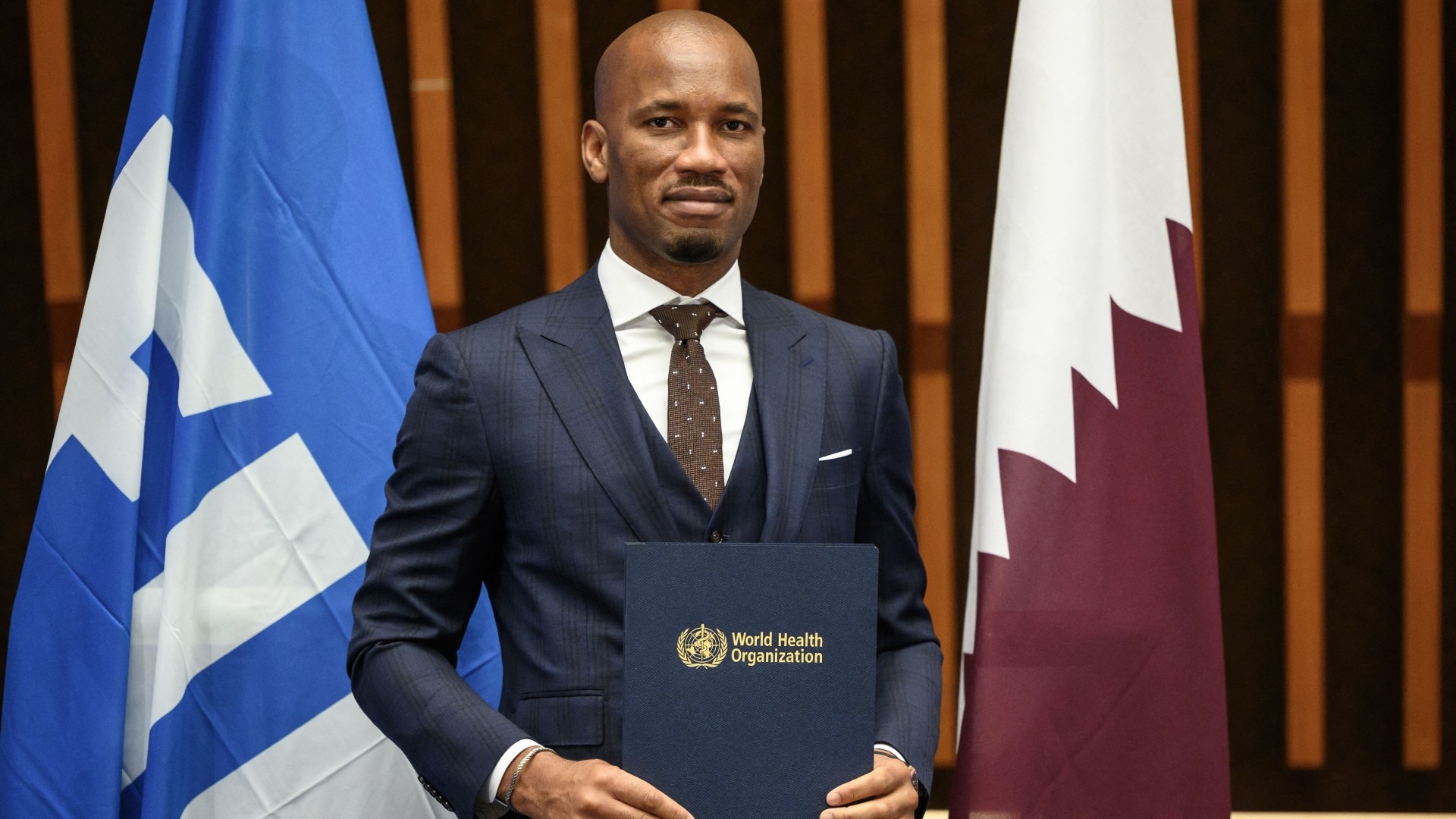 Former Cote d’Ivoire international and Chelsea striker has been named as the World Health Organization's Goodwill Ambassador for Sport and Health.

Following the announcement on Monday in Geneva, the two-time African Player of the Year winner will support the organisation to promote the organization’s guidance on the benefits of physical activity and other healthy lifestyles.

Drogba quit football at the age of 40 following a professional career spanning two decades, the peak years of which the Ivorian spent at Stamford Bridge.

In nine seasons across two spells in London, he won a dozen major honours, including four Premier League titles and a famous Champions League triumph in 2012.

“I am proud to join the World Health Organisation team as a Goodwill Ambassador for Sports and Health,” the African wrote on Instagram.

“I believe #HealthForAll people is essential. The teamwork between WHO, Fifa World Cup and Qatar to make the 2022 World Cup the healthiest and safest ever is strong. I am excited to be part of it.”

“I am honoured to team up with the World Health Organization and support its work to help people reach the highest level of health possible, especially young people in all countries,” he had said during his unveiling.

“I have benefited first hand from the power of sports to lead a healthy life and I am committed to working with WHO to share such gains worldwide.”

Meanwhile, WHO Director-General waxed lyrical about the ex-Olympique Marseille star not only as a football icon but as a dedicated advocate for good health.

"Didier is a proven champion and game-changer both on and off the pitch,” Tedros told the WHO website.

“We are pleased to have him playing on our team, and helping communities worldwide reach and score goals through sports for their physical and mental health and well-being.

“He will also support the mobilization of the international community to promote sports as an essential means for improving the physical, mental health and social well-being of all people, including in helping Covid-19 recovery efforts.”