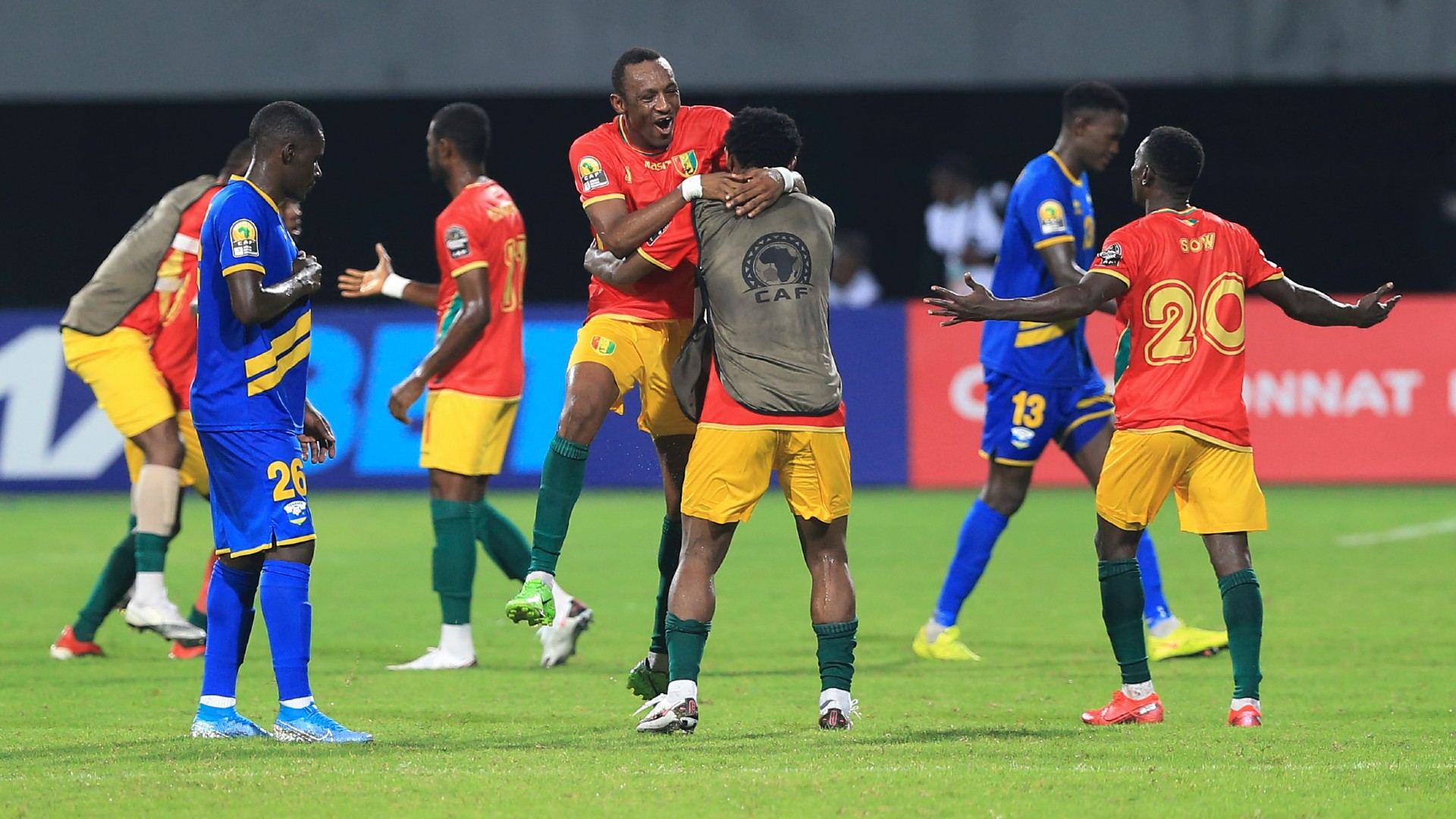 Guinea controversially eliminated Rwanda from the African Nations Championship after a 1-0 win to join defending champions Morocco in the semis.

Sylla scored the only goal of the match to help his charges advance to the last four.

The Amavubi came into the match at Limbe Stadium hoping to get a positive outcome and seal their place in the semi-finals of the competition for the first time in their history.

In the 15th minute, the referee had to make a big call when Mory Kante made a bad challenge on Rwanda captain Jacques Tuyisenge. The referee, initially, showed him a yellow card but on review by the VAR, he changed it to a red card leaving the National Elephants with 10 men.

Tuyisenge was also forced out with that reckless tackle and Ernest Sugira took his place.

In the 47th minute, the substitute had a massive chance to give his team a lead when the ball found its way to him. But with the goal at his mercy, he blasted wide.

Olivier Kwizera was controversially sent off after being adjudged to have fouled Yakhouba Barry. The latter managed to get past his markers, and the custodian reacted. In his bid to clear the ball, he missed it, as well as the player - who seemingly dived.

The referee awarded a free-kick and a yellow card to the keeper. On further review on VAR, he decided to send the goalkeeper off despite replays indicating no contact was made against the opposing striker.

Sylla converted the resulting free-kick to hand his team a passage to the last four.

Earlier on at the Reunification Stadium in Douala, Cameroon, defending champions Morocco qualified for the last four after a 3-1 win over 10-man Zambia.

Poor defending allowed Abdelilah Hafidi to pass the ball to Soufiane Rahimi who cooly slotted the ball past Zambia keeper Allan Chibwe. In the eighth minute, the Atlas Lions doubled their advantage.

There was more misery for Chipolopolo as Zachariah Chilongoshi was sent off after a poor challenge on Hafidi. With 10 men on the pitch, Morocco took full advantage to add the third goal in the 39th minute.

Paul Katema handled the ball in the danger zone, and the referee handed the defending champions a penalty that captain Ayoub El Kaabi converted. Zambia scored their consolation through Moses Phiri in the 79th minute.