Jamie Carragher is smiling as he looks forward to Liverpool’s Champions League semi-final, second leg in Rome. Behind the smile, though, there is something else. One per cent, 5%, 10%; whatever it is, it’s there. That tiny, lingering doubt.

He knows about the pessimists, he knows that there are Reds fans who have made the trip to Italy fearing the worst. He will have friends and family in the crowd at the Stadio Olimpico on Wednesday night. Not all of them have travelled with confidence.

Well, why would they? After all, their side are only 5-2 up from the first leg. Roma ‘only’ need a three-goal victory to ruin the party.

“It’s natural for a football fan to worry!” Carragher tells Goal in an exclusive interview. “And with the position Liverpool are in, I suppose you feel you’ve got so much to lose now too.”

Carragher will be at the game summarising for Norwegian TV, but he wishes he was playing. Big European games were where he, Steven Gerrard and co made their names with Liverpool. The club’s history was formed, to a large degree, by their exploits on the continent.

Now, Jurgen Klopp and his side can take up the baton. Liverpool have not been to a Champions League final since 2007. This is their first semi-final appearance since 2008, and the first time they’ve been past the group stage since 2009. Going all the way to Kiev, and potentially putting European Cup No.6 on the sideboard, would be huge for this thrilling, but far from flawless, group of players.

“It’d move the manager towards legendary status, and a few of the players too,” Carragher says. “Rightly so, too.

“It’d be great for the club, and for the fans more than anything. It’s not been the best decade for us really, but special clubs always come back. They always do something you don’t expect. This is a special club and there is something about the Champions League that brings that out.

“To think we could have an opportunity to win a sixth European Cup, it’s unbelievable really. We’re not Real Madrid or Barcelona. We can’t buy the biggest players and we don’t have the most money. We’ve not even been the biggest in the Premier League over the past 10 or 20 years. We’ve had to be clever and build teams without household names.

“So to think of a city in the north west of England with…what’s the population of Liverpool? Half a million? Less? So to have six European Cups wouldn’t be bad, eh?” 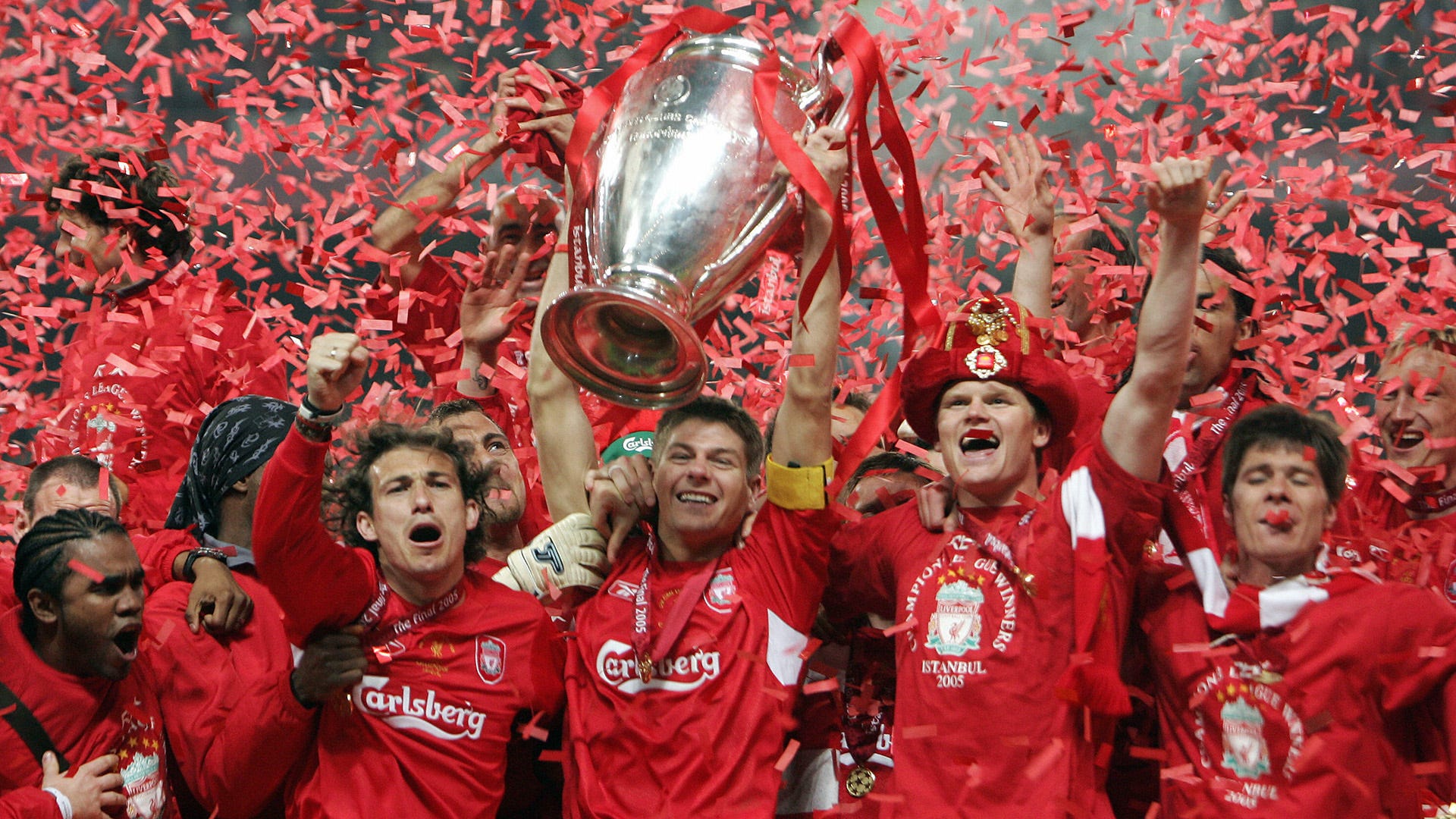 He’s not wrong. Liverpool, though, know that there is still work to do. Klopp spoke at his pre-match press conference on Tuesday about “being ready” and about “being prepared to lose in order to win”. He knows the job is not done yet. Those two away goals Roma scored at Anfield have ensured that.

Carragher, though, is confident. He fancies Liverpool to score, as they have done in every one of their Champions League away games this season. They managed two in Hoffenheim, seven in Maribor, three in Seville, five in Porto. They said they would score at Manchester City in the quarter-finals and they did. Rome should hold no fear.

“I can see it being a tough game,” Carragher says. “But what you’ve got to remember is, Liverpool haven’t lost in the Champions League all season, and they don’t lose many games full stop. People say we’re a bit soft or we concede goals or whatever, but we don’t get beat often – and we have to lose this one by three if we’re to go out.

“And, well, you’ve got to fancy Liverpool to score, haven’t you?”

Indeed, especially with Mo Salah in the kind of form he’s been in. The Egyptian was unplayable in the first leg, his two goals taking his tally to 43 for the campaign – a remarkable record.

“It’s unbelievable,” Carragher says. “There are so many new stats coming out about him, every single week. He’s breaking records from the 1930s and the 1940s!

“The great thing about it is he does it every week. You can have players who score hat-tricks or four in a game, then they don’t score for five games. He scores virtually every game!

“People are comparing him to Suarez when he was here, who would you rather have and all that. But what Salah has over Suarez, for Liverpool, is the big games he’s scored in.

"Suarez is probably a better player all round, but for a one-off season there can’t be many who have had a season like this in the history of the club.” 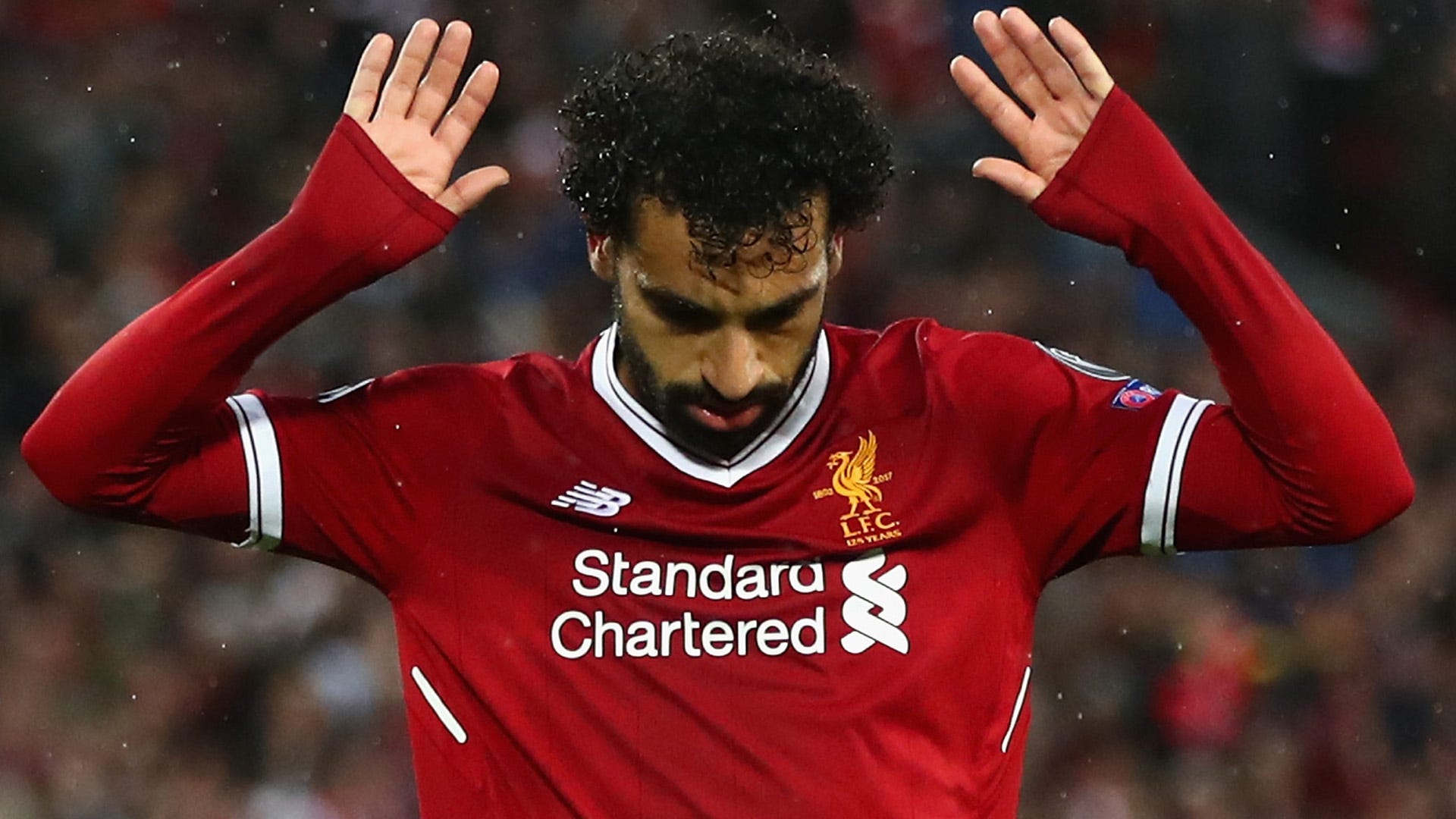 Again, he’s right – though he is quick to point out the elephant in the room. Good seasons have goals in them. Great ones have trophies.

“When we had Suarez and Torres, we thought they were as good as anyone around,” he admits. “But when they eventually left the club, they only left with ‘he was a great player’. They didn’t actually take the team to something.

“Salah could take the team to a European Cup, and if he does that he’s a Liverpool legend. When you win a big trophy, everyone is a hero. But there are always a couple of players who you know have dragged you to it. Salah would be a legend inside one season, and right up there with some of the greats in the club’s history.”

Those are big words from someone who played 737 times for Liverpool, but Carragher is similarly enthusiastic in his praise for another of Liverpool’s star men.

“I love Firmino,” he says. “He’s probably my favourite player! What Salah is doing is ‘wow’ but I love watching Firmino play; his touch, the way he links the play, his strength, his working back.

“And I can’t believe that some people still say we need a centre-forward! I hear pundits on TV saying it and it’s like, ‘Oh my god!’ He’s got 27 goals! And he’s not just a penalty-box striker. He doesn’t take loads of penalties.

“It’s because of Messi, Ronaldo, Salah now. They’ve changed the way people look at strikers and their numbers. But that’s not normal, what they’re doing! If you’ve got an attacking player getting 25 goals, and doing everything Firmino does besides, then you’ve got a great player.

“I think he’s arguably Klopp’s most important player, for how we press, what we do. He’s just brilliant.” 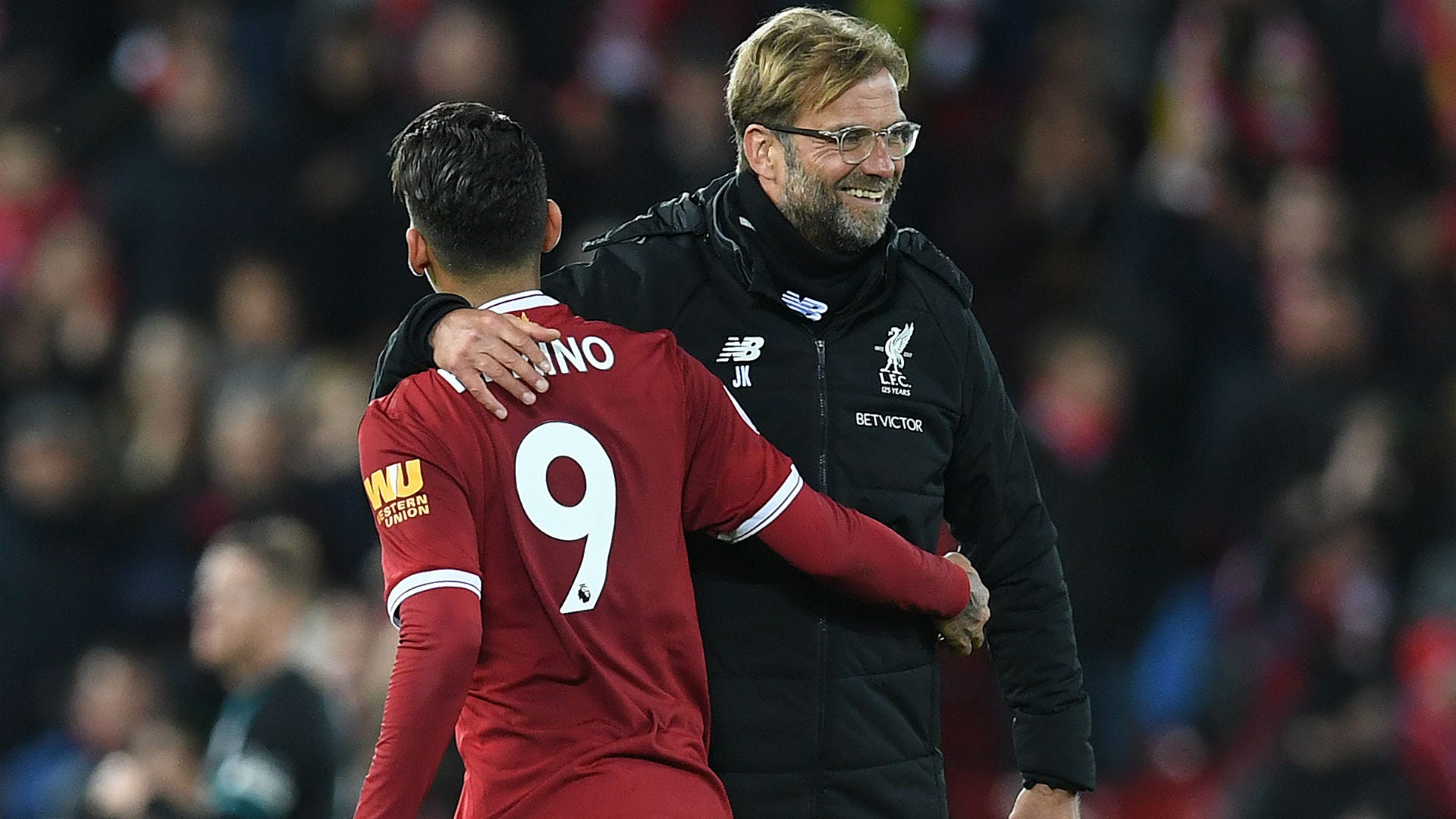 Carragher is keen, too, to talk up the role played by the manager in Liverpool getting to this stage.

“He’s a special manager,” he says. “He gets pigeon-holed. He’s seen as a motivator, he whips the crowd up and the players run round like headless chickens for him. It’s a load of nonsense. You don’t manage at that level, with different clubs, and get the performances he gets, without being a special manager.

“Of course a big part of it is his character, his enthusiasm. You’d imagine the players love him, and that is rare. You may respect your manager, but I think these players respect him and they love him.

“I’ve enjoyed being in his company when I’ve had the chance. He’s a great character, you can see why players would love to play for him. I definitely would!”

It promises to be some night. Alex Ferguson famously spoke about Liverpool and their “f***ing perch” but victory (or a 2-0 defeat) would have the Reds back up there, dreaming of glory.

Klopp urged his players to “fight for our dream” on Tuesday. We will soon know if they were listening.