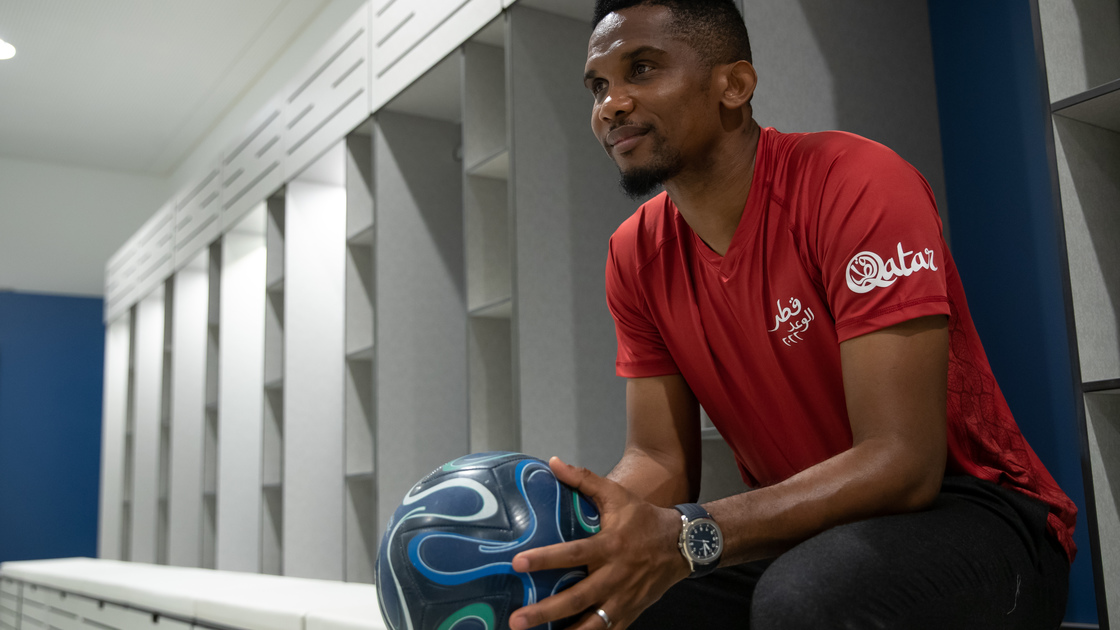 The Cameroon legend has also highlighted Mason Mount and Phil Foden as two youngsters to watch out for in the final...

Cameroon legend Samuel Eto'o has thrown his weight behind his former club Chelsea in the upcoming Uefa Champions League final against Manchester City on Saturday.

Eto'o, who played for the Blues in the 2013-14 season, is delighted that Thomas Tuchel's side managed to reach their first Champions League final since 2012. However, Chelsea are up against a tough opponent in Manchester City who are searching for their first European crown.

Although Pep Guardiola's City are considered overwhelming favourites for the final in most quarters, Eto'o has dismissed such suggestions and feels Chelsea have every chance of leaving the city of Porto as European champions.

"I am happy to see my old club Chelsea qualify for the Champions League final once again," Eto'o told Goal. "For some, Manchester City are the favourites to lift the trophy, but in my opinion when it comes to a final, there is no such thing as favourites. It is just one game,so anything is possible.

"Time and time again, we have seen teams arrive to a final unfancied," he added, "only to leave as champions."

Chelsea have already beaten Manchester City twice, in the FA Cup and in the Premier League this season, although they ended their top flight campaign with defeat by Aston Villa.

Eto'o, who is in Doha currently as a Qatar Legacy Ambassador for the 2022 World Cup , spoke of two young talents in both sides who have been impressing fans and pundits alike.

"For the young players such as Phil Foden and Mason Mount, this will be their first time playing in such an important game," Eto'o continued. "Despite their age, both players have had impressive seasons and could have a big impact on the outcome.

"There are many great players past and present who haven't had these opportunities, so it is important for the players to savour the experience and do everything they can to have an influence on the game," he added.

Eto'o is no stranger to the big occasions, having won the Uefa Champions League three times in his career (twice with Barcelona and once with Inter Milan), and stated that such occasions are what players dream about.

He also believes that the presence of fans at the stadium will make it even more worthwhile.

"Playing in these big games is what every player dreams of," he continued. "During my career, I had the honour of playing in many important matches, including the Champions League final on three occasions – winning it twice with Barcelona and once with Inter Milan – so I know how special it is to experience these moments with family, teammates and, especially, the fans."

With football slowly returning to normal ways throughout the world, Eto'o is glad fans will be able to watch the Champions League final live from the stadium, albeit in reduced numbers.