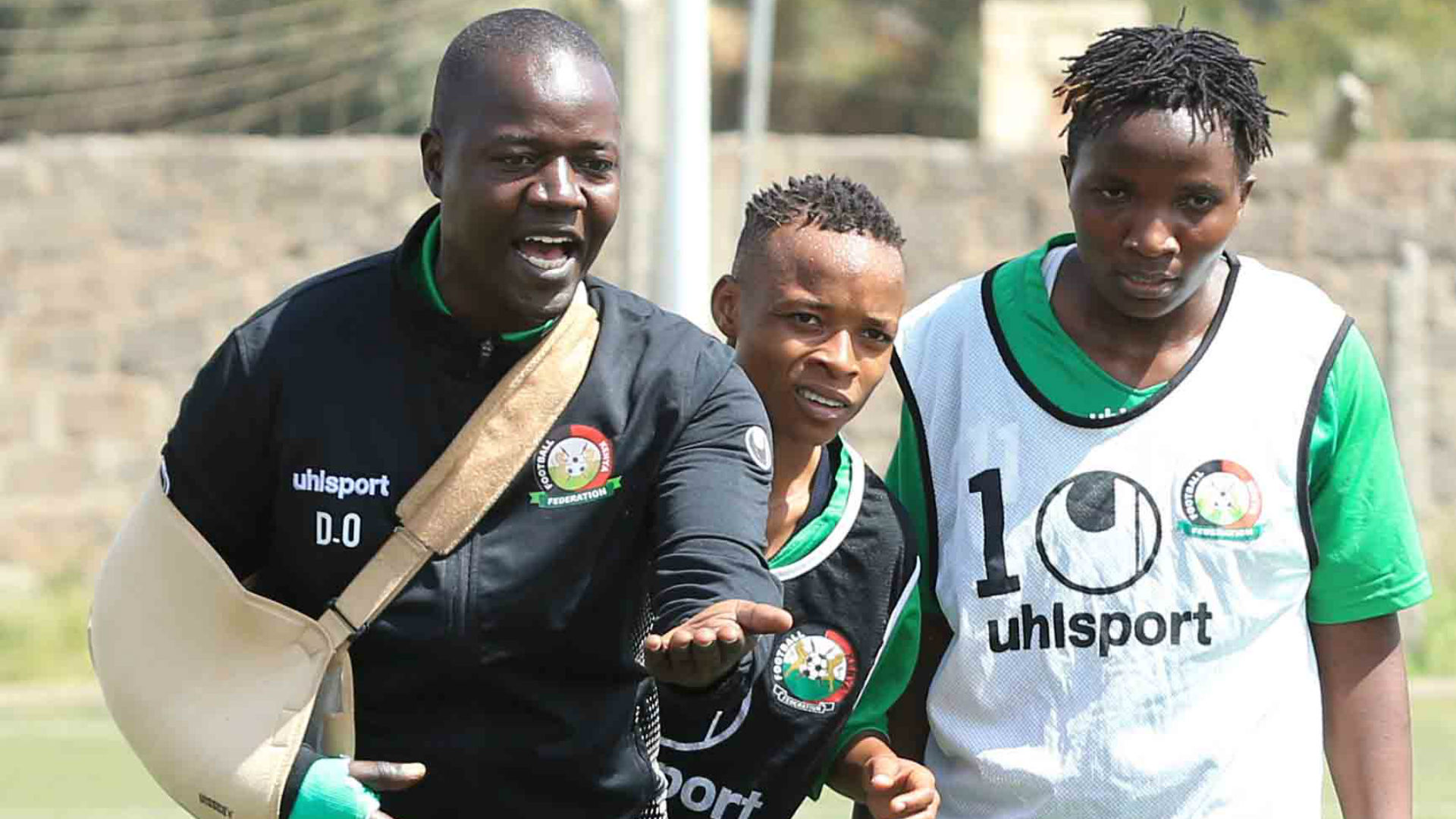 Harambee Starlets coach David Ouma has vowed to get their revenge when they take on Tanzania in the final of the Cecafa Women's Challenge Cup final on Monday.

The Kenyan side reached the second successive final on Saturday after thrashing Burundi 3-0 while Tanzania’s Kilimanjaro Queens qualified after beating rivals Uganda 1-0.

The last time the two neighbours met in a Cecafa final, Tanzania beat Kenya 2-1 to lift the crown and coach Ouma says they will be going for revenge when the two sides meet again in Tanzania on Monday.

“We have to revenge against [Tanzania] because they beat us in a final and we want to beat them in a final,” Ouma told Goal from Tanzania.

“We are playing in the final against a very strong Tanzanian side and we must be ready to handle them. Our mind is specifically set for the final, we lost against them in the last final and it will be revenge time on Monday.”

Asked on the performance of the team against Burundi in the semis, Ouma said: “First of all I want to thank God because he has been walking with us throughout this journey and of course we are now in the final.

“The team is improving and I want to congratulate my players for putting up a good display against Burundi. You could see in the first half, Burundi tried to catch as on counter-attacks but my players responded very well by cutting them off.

“We have also not been doing well in set-pieces but I am happy against Burundi, we used them sufficiently, I am happy we converted them especially the first goal we grabbed from a corner which [Shikobe] powered home with a header.

“It is a good feeling going into our next match against Tanzania, we always fight for the three points and it will be the same case in the final. As we prepare to play in the final, we want to improve in the little details, for example, playing around with the ball and holding play.”

On injury concerns in the team, Ouma said: “Mwanalima [Adam] picked a knock against Burundi but will be ready for the final, and also the return of Mercy Airo [who was suspended for the Burundi game for accumulating two yellow cards] will be a boost for my side.”

Tanzania topped Group B during the preliminary stage where they harvested nine points and scored 20 goals. They have conceded just one goal so far in the tournament.

The Kilimanjaro Queens defeated South Sudan 9-0 and thrashed Burundi 4-0 before seeing off their cousins Zanzibar Queens 7-0.

Kenya, who are unbeaten in the tournament too, topped Group B and the final much promises to be an epic encounter between the two free-scoring rivals.