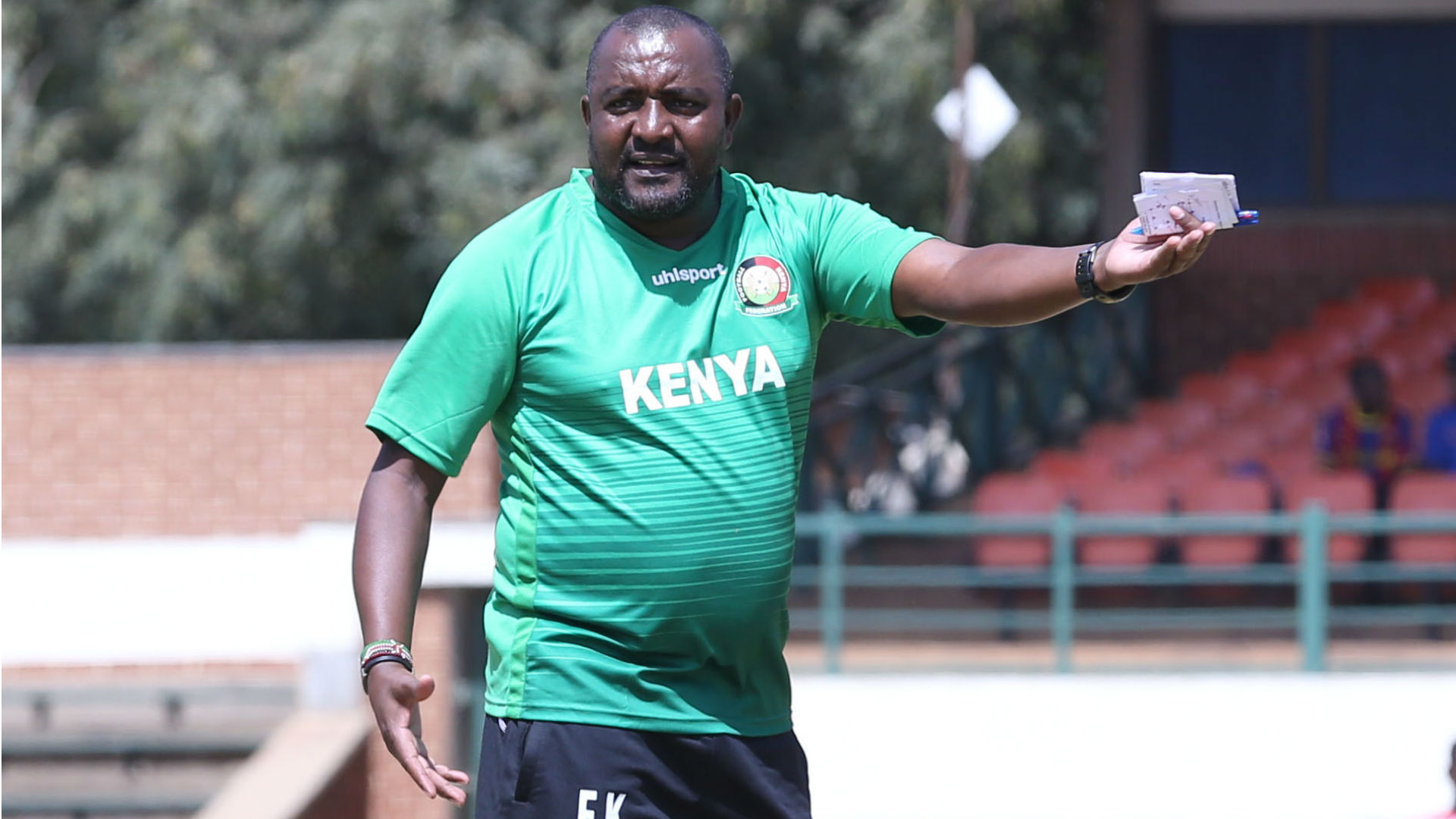 Harambee Stars coach Francis Kimanzi has been handed a two-match ban by the Cecafa disciplinary committee.

Cecafa secretary Nicholas Musonye has confirmed to Goal the Kenyan coach will sit out the remaining two Group B matches against Sudan and Zanzibar for his bad behaviour during the Cecafa Challenge Cup match against Tanzania.

Musonye says Kimanzi’s conduct was in bad taste and he deserved more punishment than only being suspended for two matches.

“We have banned [Kimanzi] for two matches because of bad behaviour before and after Kenya match against Tanzania,” Musonye told Goal on Monday.

“He [Kimanzi] refused a live TV interview, ordered players not to enter the field of play thus delaying the match for 15 minutes and also kept harassing the fourth official. He is very lucky to only get a two-match ban.”

The Harambee Stars kicked off their title defence on a high note after edging out Tanzania 1-0 in a match played in Kampala.

The Kenyan side needed a fourth-minute goal courtesy of Bandari FC forward Hassan Abdallah to sink their neighbours and move top of Group B of the regional tournament being staged in Uganda.

The other group opponents – Zanzibar and Sudan – battled to a 1-1 draw and Kenya will thus seal their place in the semi-finals if they get a win against Sudan in their second match on Tuesday.