When Edinson Cavani departs Paris Saint-Germain this month, he will do so without his full value ever having been reflected by his status at the club.

The darling of the Parc des Princes – where he is adored by the fans for his industry, commitment and goal scoring – he has rarely received such love from the dugout, despite a prolific spell in France’s capital.

Since arriving from Napoli in the summer of 2013 for a club record €64 million (£58m/$76m) as a response to Monaco signing Radamel Falcao, Cavani has fought an ultimately unsuccessful battle to be recognised as the club’s undisputed No.9.

Initially, he was shunted out to the wing as Zlatan Ibrahimovic played through the centre and, after a trio of uncomplaining years, he finally had the opportunity to make the position his own. His record at Napoli suggested goals would be the net result and so it proved, as he struck at around the rate of one per game when playing in his favoured role.

Such was the confidence that PSG briefly showed in the forward, they were able to rely on the unfashionable Eric-Maxim Choupo-Moting as their back-up option for a whole season before they swooped for Inter outcast Mauro Icardi in the summer, with the Argentine loanee hitting the ground so successfully that Cavani has been all but frozen out.

Troubled physically and all but forgotten by head coach Thomas Tuchel with regards the starting XI, the 32-year-old, who has just six months to run on his contract, will leave the club in an ignominious manner.

Such an unceremonious exit is unbefitting of a man who captained PSG, sacrificed three years of his career by playing out of position for them and who leaves as their record scorer, having found the net on 198 occasions.

“It’s hard not to play when you’re the idol of the fans and when you’re on the pitch, you score,” Pedro Pauleta – who found himself in a similar situation to Cavani during the 2007-08 season – told Ligue 1’s official website.

“I hope that everything pans out well for the club and for him, because he deserves to finish his time with PSG well.” 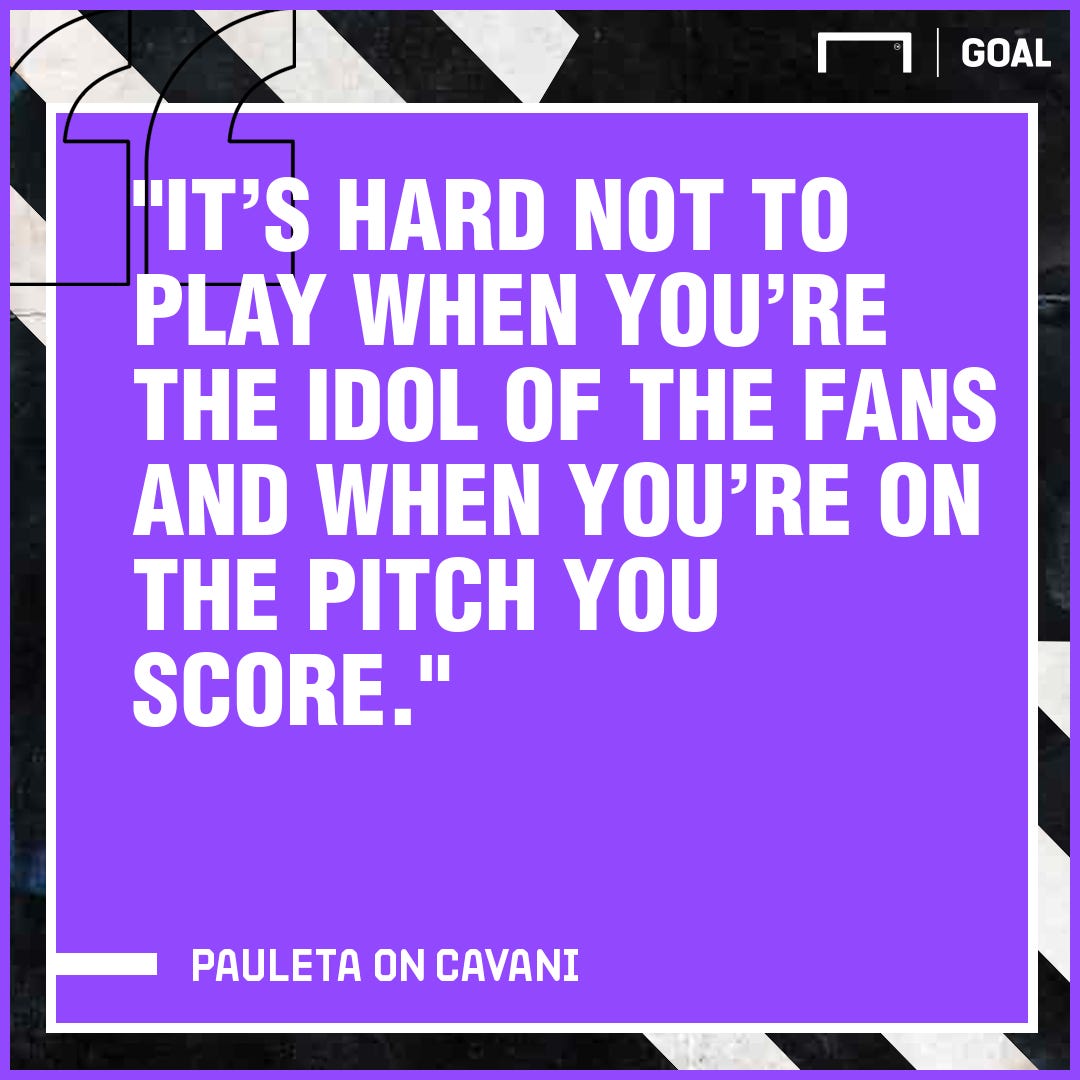 But while the Parisians seem to have granted Cavani’s wish to depart, it is not a good look for PSG to have such an icon pushing to leave.

“We don’t want to lose a player, but it can happen, that’s the reality,” Tuchel explained on the eve of Wednesday’s Coupe de la Ligue semi-final against Reims – a match that Cavani will miss officially due to a groin injury.

“It is not an easy situation for him. I can understand him. I am very happy that he remains positive and professional. If someone is injured, we have an extraordinary replacement.”

And there is the crux of Cavani’s problem: he will only be considered to play if Icardi is unavailable. In Tuchel’s mind, the Uruguayan has been relegated to the role of luxury substitute.

Little wonder, then, that he has become fed up with being treated as a second-class citizen by a side he spent the peak years of his career serving in a first-class manner. Having to request a transfer just six months from the end of his time in Paris is the final insult.

A move to Spain, where Atletico Madrid have already made a bid of €10m (£8.5m/$11m) for the wantaway forward, would seem the most logical outcome for Cavani.

PSG are demanding more money but Cavani's desire to move to the Wanda Metropolitano is understandable. First-team football would surely await at goal-shy Atleti, while Diego Simeone is unsurprisingly a big fan of the player’s relentless running.

Equally, though, Chelsea manager Frank Lampard has spoken highly of the former Palermo hitman: “I played against him and I always liked his mentality, his attitude and of course his goal stats speak for themselves."

The Blues have held talks with PSG but have, thus far, stopped short of making an official bid for Cavani. Will that change, though, with first-choice striker Tammy Abraham having picked up a knock against Arsenal on Tuesday night, and Olivier Giroud looking to leave?

But would Cavani’s situation at Stamford Bridge be significantly happier than the one he finds himself in in Paris? Given he has never played in the Premier League and is likely to find England harder to adapt to than Spain due to the language barrier, it is doubtful. 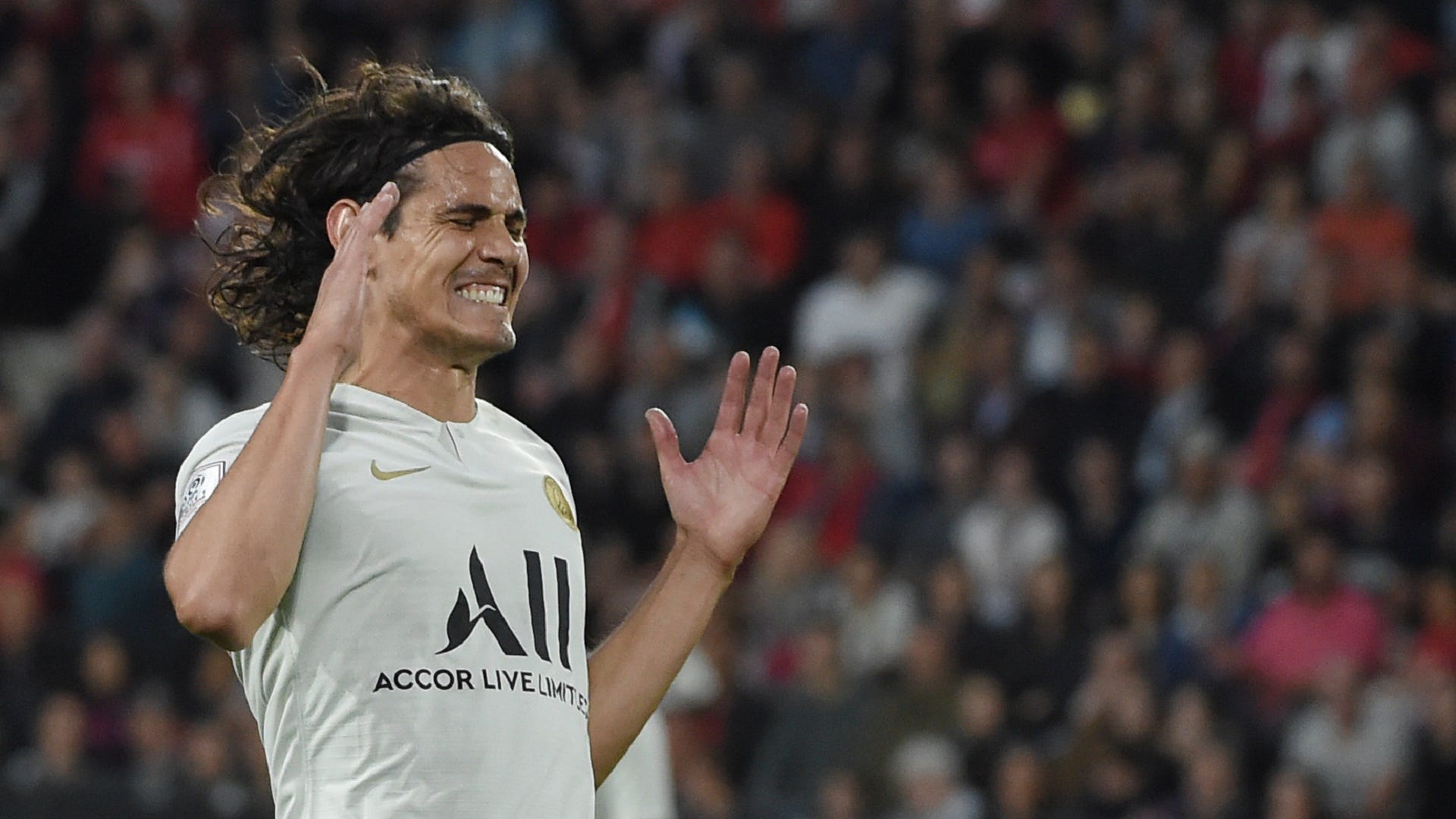 It is an unhappy position for the player to find himself in, but it reflects poorly, too, on PSG, who are set to usher one of their greatest servants of the modern era out of the club via the back door.

For a club desperate to gain a reputation as one of the greatest in Europe, this is no way to act towards a player who has been nothing but a worthy ambassador over the years.

All parties seem set to lose in the current situation, though most of all PSG, whose very status as a European superpower seems set to be tested in the months ahead.

Neymar and Kylian Mbappe have both been linked with moves to Spain, while Choupo-Moting is out of contract and Icardi is not certain to stay once his loan deal expires in the summer.

Sporting director Leonardo has become known for his nous in the transfer market, but losing Cavani in such unpleasant circumstances threatens to be the start of a wholesale dismantling of the offensive armada assembled at Parc des Princes.

Some might argue, however, that is exactly what a club that treats its heroes in such a disrespectful manner deserves.