Caf Confederation Cup: Gor Mahia vs Napsa Stars to be played without fans 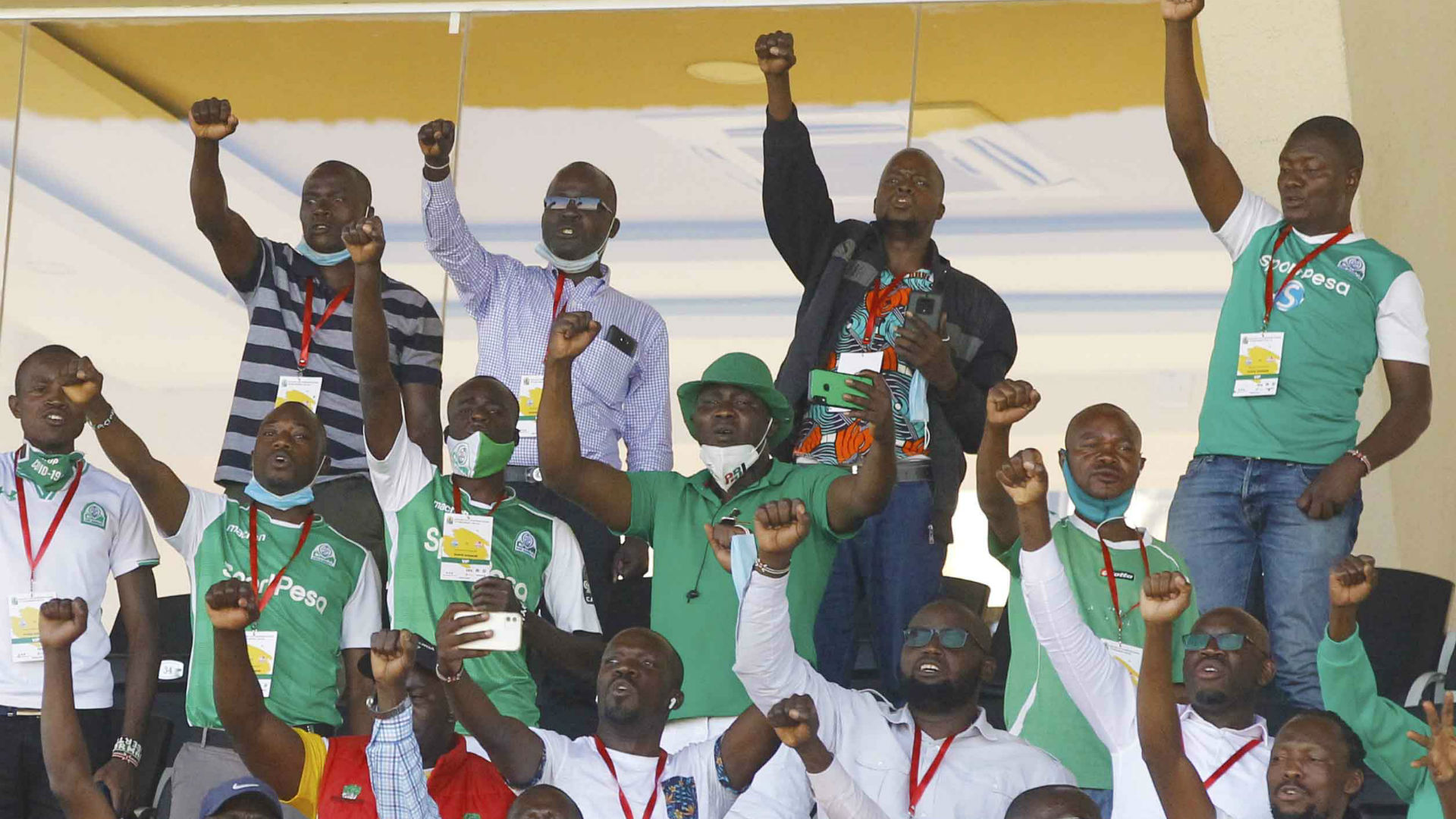 Football Kenya Federation has revealed the first meeting between Gor Mahia and Napsa Stars in the Caf Confederation Cup will be staged behind closed doors.

The Kenyan champions will host the pensioners in their first-ever meeting at Nyayo Stadium on Sunday after they dropped to the lower-tier competition following their dismal run in the Champions League.

Gor Mahia were unable to progress into the group stage after losing 6-1 to CR Belouizdad in the first leg before a 2-1 home defeat in the second round of Champions League qualification.

FKF CEO Barry Otieno has confirmed to Goal that fans will not be allowed to attend the match owing to strict measures put in place by the Ministry of Health to curb the spread of the Covid-19 pandemic.

“We would have loved to have the fans but it will not be possible,” Otieno told Goal on Saturday. “We will not be able to allow fans because of the obvious reason, Covid-19 restrictions.

“The only persons who will be allowed to enter the venue are journalists and club officials for both Gor Mahia and Napsa Stars, we are not able to accept more fans as that will mean we have broken the government rules.”

Gor Mahia will enter the venue seeking a convincing win that they can take to Zambia for the return leg in a fortnight.

However, they will have to do the job minus youthful striker Benson Omalla, who will not be able to play in the fixture as he is studying for the upcoming national examination.

Gor Mahia team manager confirmed to Goal Omalla’s situation by stating: “The only player missing in training is striker Benson [Omalla], who is attending classes because of the upcoming exams but all the players are training and we are happy and have prepared well for the game.”

In an earlier interview, Gor Mahia coach Carlos Manuel Vaz Pinto explained his main target is to take the team to the group stage of the competition.

“We want to win the league, we want to win titles and like I said before our main target is to reach the group stage, it is very important we do that, these are the three big goals we have for this season.”