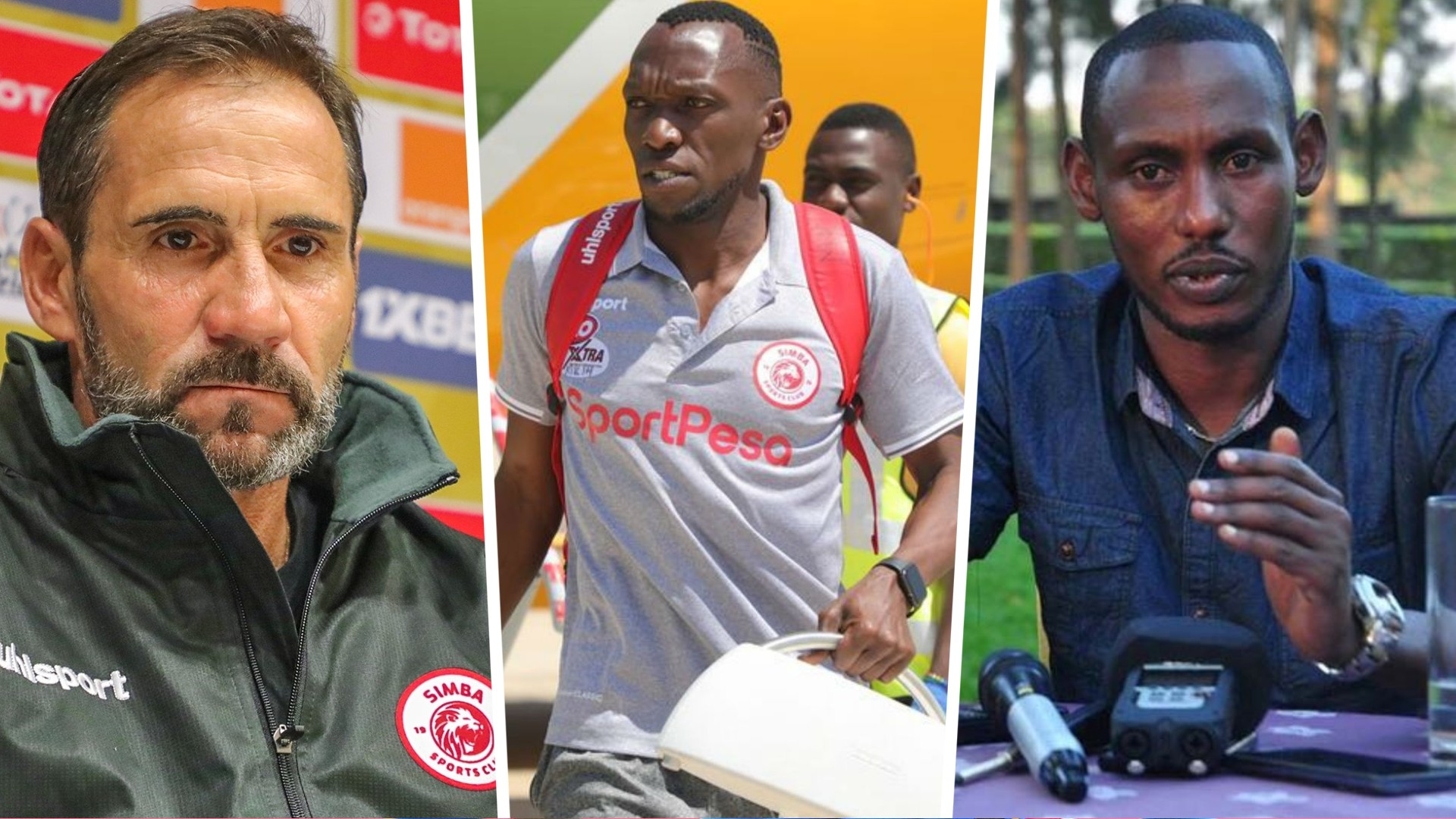 The Msimbazi giants’ fairytale run was ended at the quarter-final stage after they lost 4-3 on aggregate to Kaizer Chiefs of South Africa, losing the quarter-final first leg match 4-0 away at FNB Stadium before winning the return leg 3-0 at Benjamin Mkapa Stadium.

Despite putting in a gallant display which saw them score goals through captain and striker John Bocco and Zambian midfielder Clatous Chama, it was not enough for them to overturn the first leg defeat and hence failed to reach the semi-finals of the competition.

In a shocking audio interview, Gakumba, who is the agent of Rwandese striker Meddie Kagere, has claimed Simba’s French tactician should squarely be held accountable for the exit owing to his decision not to start Kagere alongside Bocco.

“Let me tell you writers of football, especially those asking me why Meddie [Kagere] did not play in the game against Kaizer [Chiefs] at Mkapa Stadium, and I have to say Kagere did not play because the coach did not want him to play, the coach is the one with powers to decide which player plays, who does not,” Gakumba explained in the recorded audio.

“But the truth of the matter is that I know where the problems [of Kagere not playing] started, you know I have known Da Rosa for a very long time, and he is a person if I openly state it, he is not doing a good thing, and it will bounce back to him, like the rest of coaches, who do the same things to players.

“This is because Simba played a very good game and they had the game in their hands, they had a chance to progress to the next round but the one who caused Simba to exit the Champions League is the coach himself, I don’t want to lie, it is Da Rosa, he is the one who bundled them out.

“There is no one who did not see that Bocco was the top striker of the day, he was on top and he needed someone else to help him to push for goals, and it seems the striker who started alongside him, Chris [Mugalu], the game was not on his side, he was struggling.

“For that reason, and in the 50th to the 60th minutes of the game, everyone had seen Mugalu’s game was not going his way, and so he should have taken that chance to introduce Kagere, and this is not something to hide, because everyone, but because there is no one else who could do the changes apart from the coach, but it did not happen.”

Gakumba has further claimed coach Da Rosa should stop using the differences he has with him after he denied him the chance to coach in Rwanda to continue to frustrate Kagere.

“I want to make it clear, Da Rosa and I have differences, but he should not transfer our differences to my player, if I denied him a chance to coach in Rwanda,” Gakumba continued.

“I think I even have his recording where he tells I have finally joined Simba and they are not paying him well, and I want to join Ismaily SC of Egypt because they are better than Simba and you have denied me a chance to coach the Rwanda national team, and for me, I think he is hitting back at me but he doesn’t know he is affecting the player.

“It is not right, Kagere was not there when we disagreed, his decisions are now affecting the player, and also it is spoiling his reputation as a coach.”

Simba have now shifted their focus to retaining the Mainland Premier League title where they are currently tied on 61 points on the 18-team table but the former have played four matches fewer, while Azam FC are third with 60 points from 30 matches.