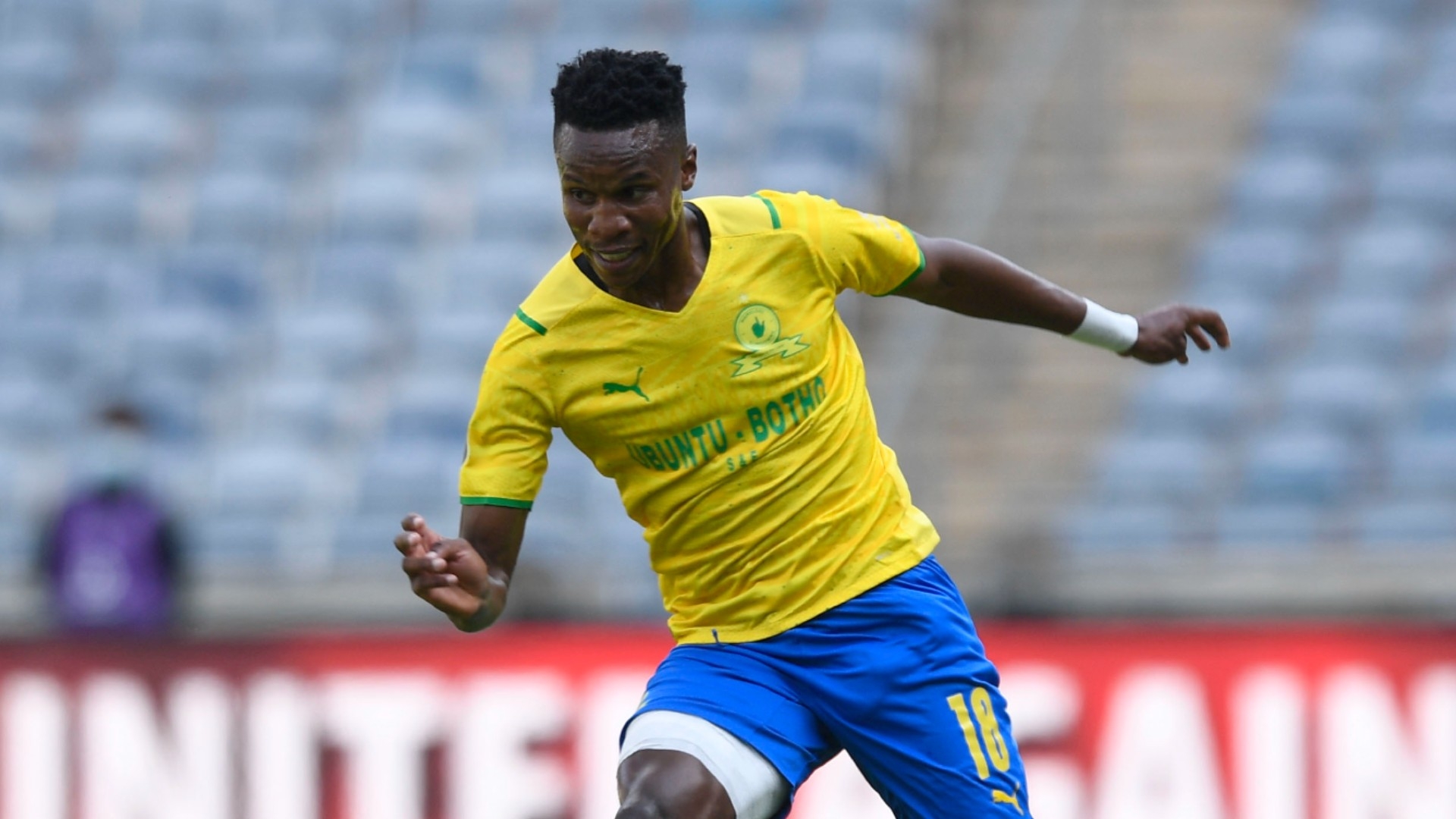 Mamelodi Sundown have confirmed the availability of Themba Zwane and Rivaldo Coetzee ahead of their second-round Caf Champions League fixture against AS Maniema Union on Sunday.

Masandawana secured a 2-2 draw a week ago in the second preliminary round first leg meeting against the Democratic Republic of Congo side at Pentecost Martyrs Stadium in Kinshasa.

Ahead of the return leg set for Loftus Versfeld Stadium in Pretoria, Sundowns co-coach Manqoba Mngqithi has confirmed the availability of Zwane and Coetzee.

'We believe they can help us'

“Themba [Zwane] and Rivaldo [Coetzee] are back, they are eligible for selection,” Mngqithi told the club’s official website.

“We believe they can help us, we had reasons not to take them to Durban, more especially Rivaldo [because] he had three yellow cards, we were a little bit unsure in that space.

“[With] Zwane it’s always important to try and refresh him because he is very important to us, I think they will be a part of the team that will be [playing on Sunday].”

Zwane and Coetzee were missing in action as the Brazilians were stretched to the limit before managing a 1-0 win against Golden Arrows in a midweek Premier Soccer League fixture in KwaZulu-Natal.

'The Astro Turf did not help much'

Reflecting on the first leg draw, Mngqithi said: “I wouldn’t really say it was a difficult game, to be honest, I would maybe highlight some of the challenges that we had, [such as] the temperatures being very high and the humidity as well, which makes it very difficult for players to play at our normal intensity that they are used to.

“The Astro turf also did not help that much, we struggled with firm passes, many of our passes were cut more especially in the first half.

“We made a mistake of thinking we are playing on a normal pitch because the artificial turf was new which was good, but the fact that it was new made it a little bit heavier in terms of the ball not moving really fast.”

Mngqithi continued: “The opposition played how we expected. We had profiled them and we knew there were three areas that they can hurt you in.

“Firstly, it is their transition from defence to attack, they are powerful and very strong. Secondly, [it is] their wide channels, very powerful full-backs [that are] always overlapping, wingers coming into half-spaces and we expected that and it’s what came out of the match.

“Thirdly, [It’s] on set pieces, we know they are very dangerous, very aggressive, they compete for every ball and those are the areas that we expected from the match.”