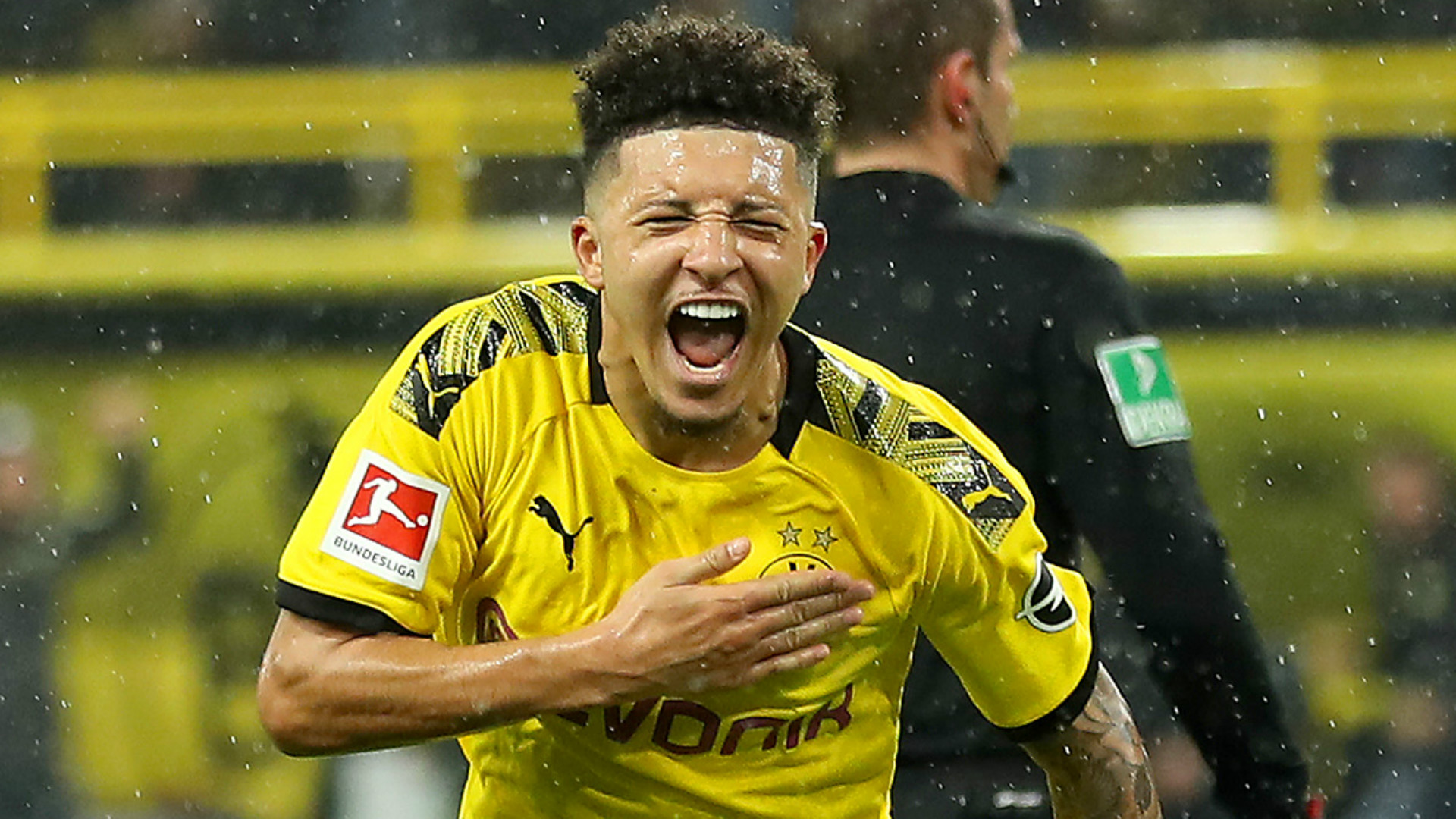 Jesse Lingard believes Jadon Sancho would be a "great addition" to Manchester United's squad, but does not know if his England team-mate will make the move to Old Trafford this summer.

Borussia Dortmund winger Sancho is on Ole Gunnar Solskjaer’s transfer wish list, with the Norwegian keen to strengthen his side as they bid to mount a Premier League title charge next season.

With transfer budgets and asking prices up in their air due to Covid-19, it is not yet known where or if the 20-year-old will move when the window open, but he would be welcomed at Old Trafford by Lingard should he make the transfer.

“Jadon is a brilliant player. It's obviously up to him,” Lingard told reporters. “I’ve seen him with England, I’ve seen his qualities and I feel like he’d be a great addition to any team.”

If Sancho does move to Old Trafford, it remains to be seen whether or not he will be linking up with Lingard.

There are doubts over the versatile midfielder's long-term future with the Red Devils with him having fallen down the pecking order under Solskjaer.

The 27-year-old has started just once since the resumption of football in June, and has failed to make the matchday squad on a number of occasions.

“I don't want to look too much into the future at the moment,” he said. “I'm happy playing football and I go into work with a smile on my face every day. For me that's the best thing.

I feel like I've been training and getting that confidence and playing with confidence as well, it's just about taking what I do in training into games. I've been patient and I'll wait for my opportunity.”

Lingard, who has started just nine times in the league this season, did admit that things have not worked out for him the way he hoped they would in the current campaign.

“It’s been a lot different (this season). I know personally I’ve not been at it and I know what I needed to do to get that confidence back.

"I’ve been working hard and I’m just waiting for the opportunity now.

"I think I’ve got to be ready in all circumstances, whether you are starting or not. I feel like you can always make an impact in the game whether you get 25 minutes or five minutes. It’s about you being ready to make an impact and help the team.

“Next season is a new season and a new start. We can’t predict the future but we’re on a great run at the moment and it’s on the up.”

Jesse Lingard is an ambassador for American Pistachio Growers, using American pistachios as a go-to snack for training and physical recovery. Visit https://americanpistachios.co.uk/ for more information.