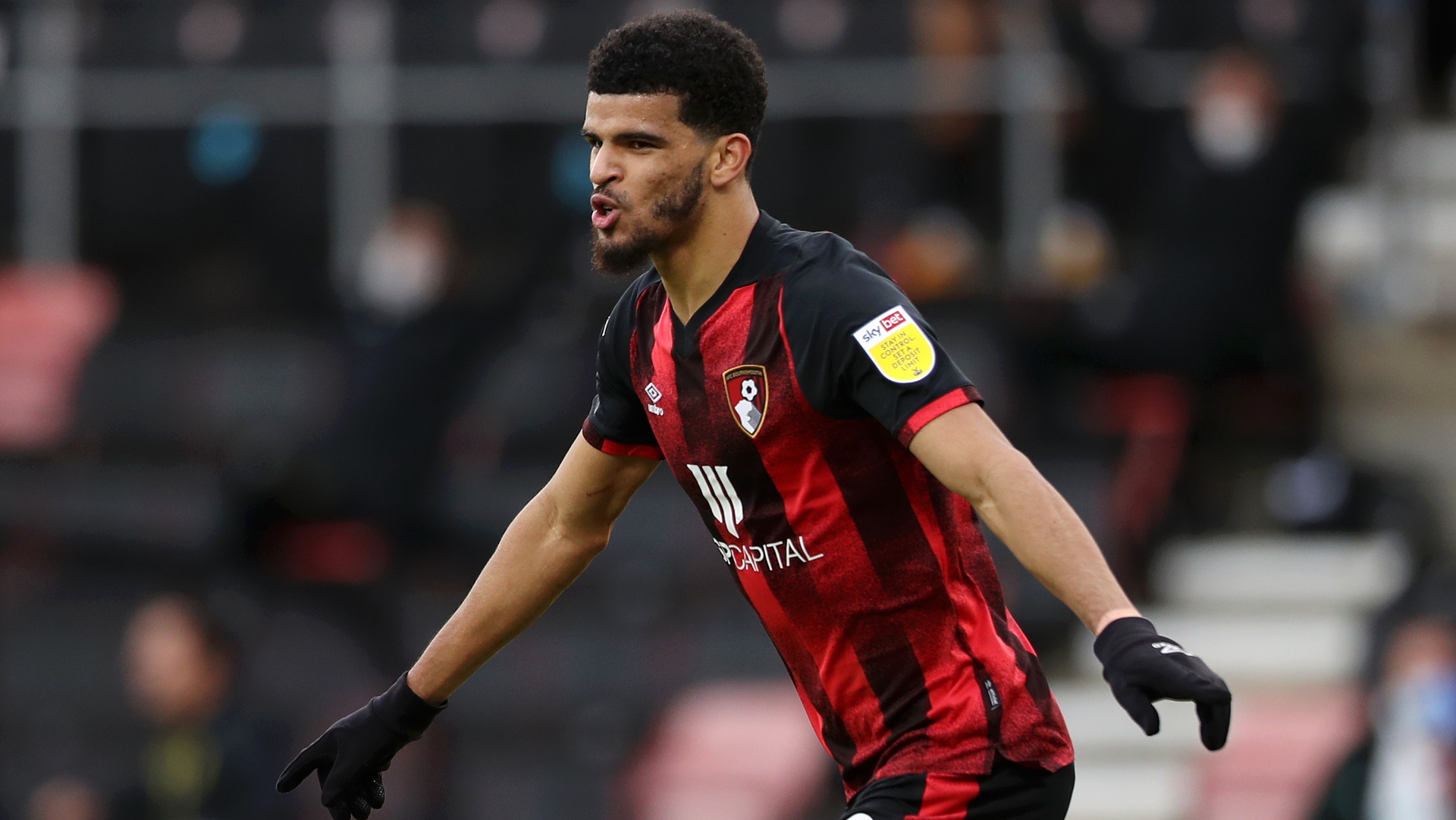 The forward netted twice before the game reached the 20-minute mark, but Blackpool battled back after the break

Dominic Solanke grabbed a brace for Bournemouth in Saturday's 2-2 EFL Championship draw against Blackpool at the Vitality Stadium.

Solanke opened the score in the sixth minute with an assist from Junior Stanislas, who was replaced by Emiliano Mercondes in the 16th minute.

The Nigeria-eligible forward found the back of the net again in the 19th minute to put the hosts into a rather comfortable lead at the half-time interval.

However, Blackpool fought back to share the spoils with Solanke's side, as goals from James Husband in the 57th minute and a penalty at the hour mark by Jerry Yates ensured the tie ended in a 2-2 draw.

Jaidon Anthony came close to scoring the third for the Cherries just after Yates penalty but Christopher Maxwell in Blackpool's goal did well to stop the shot fired. Maxwell denied Solanke a hat-trick as he stopped his header deep into stoppage time.

At the Cardiff City Stadium, DR Congo's Benik Afobe was on the scoresheet as Millwall were defeated 3-1 by Cardiff.

The hosts took the lead as Aden Flint scored in the 66th and 70th minutes before Afobe struck in the 76th minute.

The Bluebirds added the third when Sean Morrison struck in the 83rd minute to ensure they collected maximum points from the duel.

Meanwhile, Kenya's Clarke Oduor was replaced by Devante Cole in the second half as his Barnsley side settled for a 2-2 draw against QPR at the Kiyan Prince Foundation Stadium.

Dominik Friesar scored in the 14th minute for Barnsley before Cauley Woodrow added the second in the 27th minute. The hosts fought back and scored in the 76th minute through Morocco international Ilias Chair.

Charlie Austin then struck in the first minute of added time for QPR as the two sides ended up sharing the points.

Elsewhere, Congo's Brice Samba was yellow-carded in the 62nd minute as his Nottingham Forest fell to a 1-0 defeat to Stoke City. Josh Tymon - with an assist from Mario Vrancic - scored the only goal that separated the sides.