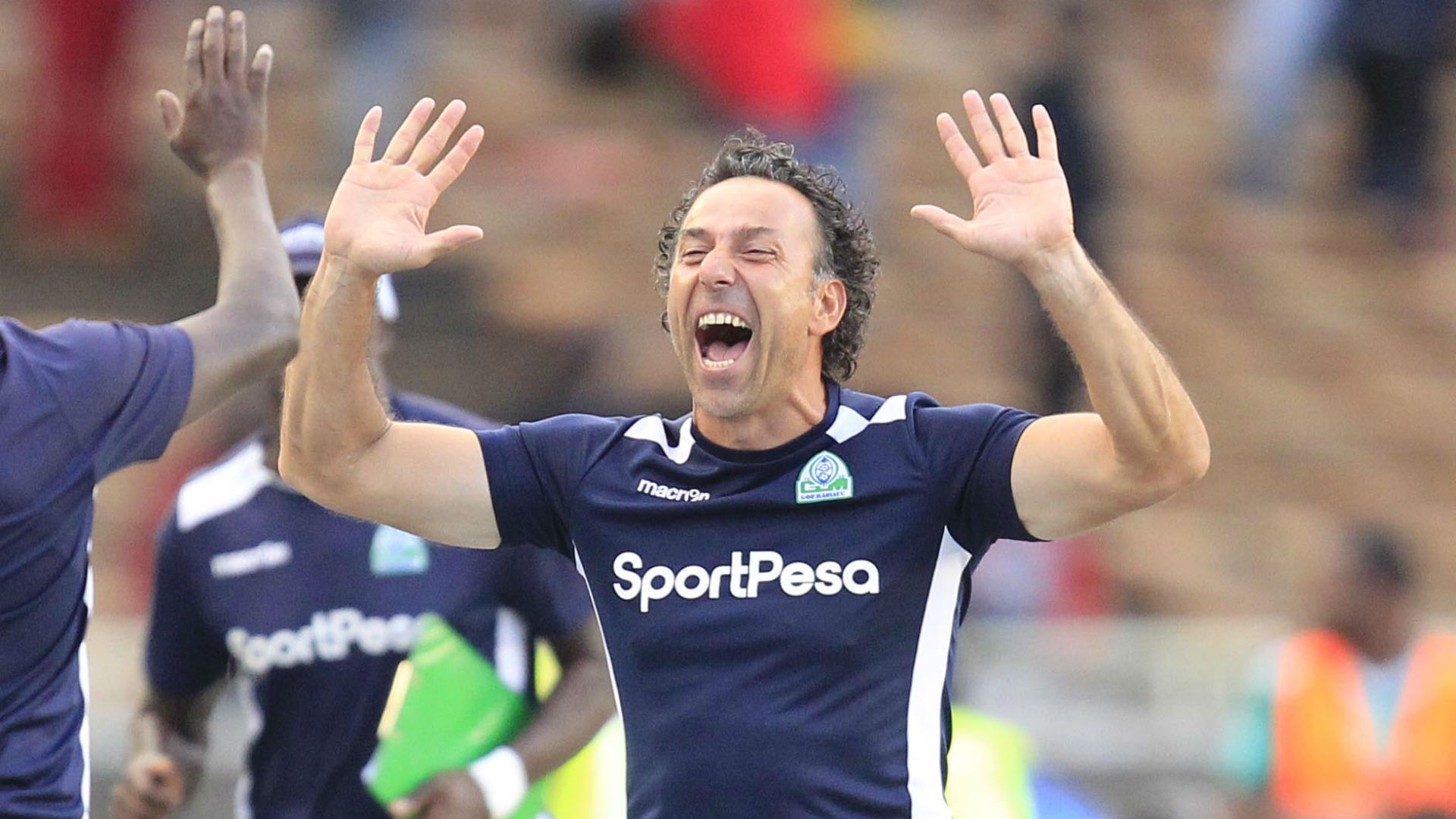 Hassan Oktay has termed the efforts by Gor Mahia to secure a sponsorship deal with new betting firm Betsafe as fantastic news.

Last week, the Kenyan champions, along with their bitter rivals AFC Leopards, signed a partnership contract with the betting firm that will last for the next three years, with K’Ogalo set to pocket KSh55million per year while Ingwe will receive KSh45 million.

Oktay, who left Gor Mahia last season after winning the Kenyan Premier League (KPL) and also guiding the team to their first-ever quarter-final spot in the Caf Confederation Cup, has now revealed his excitement for the players.

“I am so happy, I am very happy, about my players and Gor Mahia, it is fantastic news now that they secured money,” Oktay told Goal from his base in Britain.

“The players have suffered a lot, they have really gone through tough times, playing football and you don’t get money afterwards is something very demoralising but I like all Gor Mahia players because they never liked to show they don’t have money.

“They are all fighters, they keep fighting for the team even without money and now they will be tougher because they have money and it means their problems have been sorted out.”

According to Gor Mahia chairman Ambrose Rachier, the club will, however, have to wait until football returns to start getting the financial support.

“As things stand now, we don’t have anything to give back to the new sponsor because there is no football being played,” Rachier told Goal on Saturday.

“What we agreed on when signing the deal, is they will only be able to start funding the club when football resumes, and that can only be possible when our league starts again.”

Gor Mahia and AFC Leopards have been struggling since SportPesa, their previous sponsor, left, leaving the club to depend on fans, members, and other well-wishers to honour matches and settle players' allowances at times.