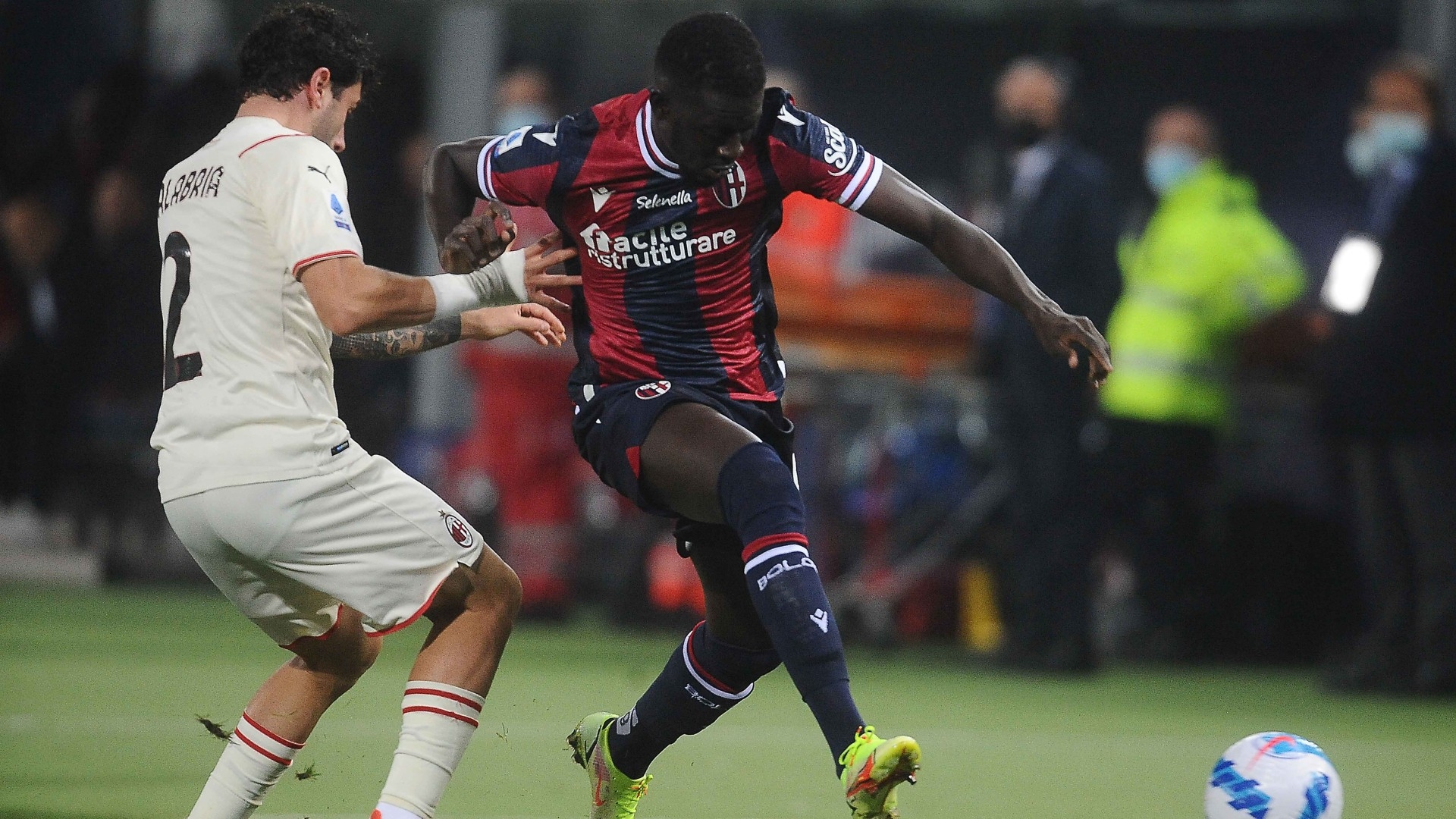 Musa Barrow was among the scorers as Bologna crumbled 4-2 to AC Milan in Saturday’s Serie A encounter.

In the ill-tempered encounter that saw two Red and Blues players sent off, the Gambia international found the net to extend his impressive goalscoring run to four matches.

Still hurt by their 1-0 defeat at FC Porto in Tuesday’s Champions League, Stefano Pioli’s men travelled to Stadio Renato Dall'Ara to step up their bid for a 19th Italian top-flight title.

However, it was the hosts who had the first chance, but Marko Arnautovic headed a well-taken corner from Aaron Hickey wide.

AC Milan took the lead in the 16th minute as Rafael Leao fired past goalkeeper Lukasz Skorupski after he was teed up by Zlatan Ibrahimovic.

Things got worse for Sinisa Mihajlovic's side as Mali prospect Adama Soumaoro was given his marching orders four minutes later by referee Paolo Valeri for a harsh challenge on Rade Krunic.

Profiting from their numerical advantage, the visitors went two goals up through Davide Calabria, who thundered home from the edge of the goal area after Samu Castillejo’s initial effort was blocked.

Four minutes into the second half, Bologna pulled one back as Ibrahimovic flicked Barrow’s corner into his own net.

With that, the 22-year-old has now been involved in five Serie A goals (three goals, two assists) since the start of October, at least two more than any other player in this period.

The pendulum swung back in Milan’s favour six minutes later as Bologna were reduced to nine players. This time, it was Soriano who was shown the way out for a horror tackle on Fode Ballo-Toure.

In the 84th minute, Algerian star Ismael Bennacer put his team ahead while Ibrahimovic went from villain to hero with the fourth in the closing minutes to wrap up the points as well as keep Milan’s chances of emerging as league champions alive.

Barrow was substituted for Luis Binks in the 63rd minute while Senegal’s Ibrahima Mbaye was an unused substitute. Nigeria’s Kingsley Michael was not involved due to injury worries.

Bologna would be hoping to return to winning ways when they visit Napoli on October 28.