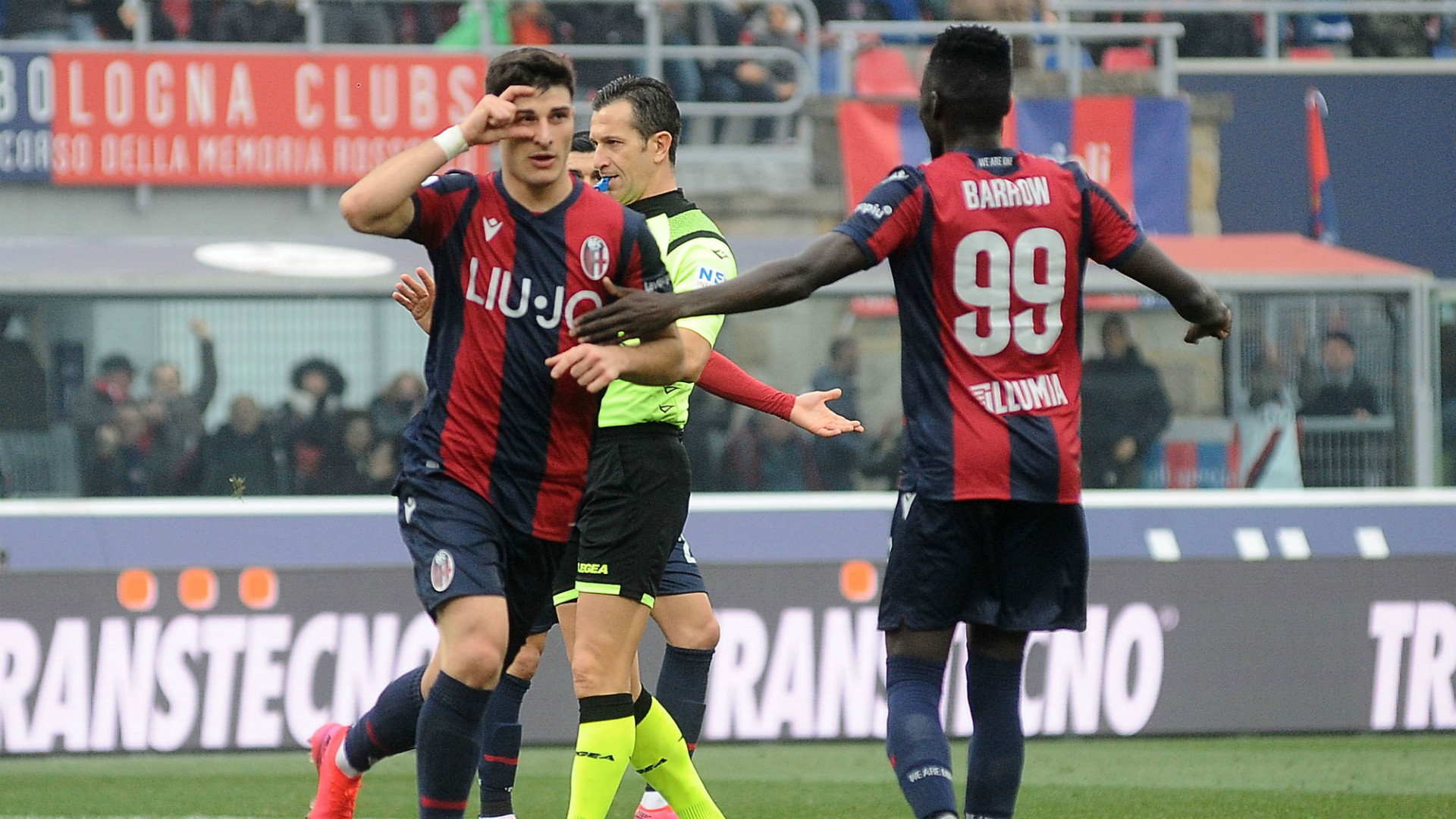 Musa Barrow scored twice to inspire Bologna to a 3-0 victory over Gervinho’s Parma in Sunday’s Serie A game.

Barrow made his 19th league start at Stadio Ennio Tardini and delivered a spectacular performance in the encounter.

The Gambia international played a key role as Sinisa Mihajlovic’s men returned to winning ways after back-to-back defeats to Juventus and AC Milan.

Ivory Coast international Gervinho also featured prominently in the encounter but could not help his side avoid defeat.

Only 15 minutes into the game, Barrow opened the scoring for the Red and Blues, heading home Nicola Sansone’s cross.

The 22-year-old Gambia star then doubled his side’s lead moments after the half-hour mark after benefitting from another Sansone’s assist.

Riccardo Orsolini then sealed the victory for Bologna shortly before the end of the game after he was set up by Roberto Soriano.

Barrow featured for 82 minutes, had 41 touches on the ball and made three key passes before making way for Rodrigo Palacio.

Gervinho, meanwhile, featured for the duration of the game, had 60 touches on the ball, completed three dribbles and struck one shot.

His teammate and Nigerian forward Joshua Zirkzee was introduced into the game in the 55th minute but could not save Parma from suffering their 12th defeat of the campaign.

With the result, Bologna moved to the 13th spot on the league table after gathering 23 points from 21 games.

Parma dropped to the bottom three after their inability to add to their existing 13 points and will hope to return to winning ways against Hellas Verona on February 15.

Barrow has been with the Stadio Renato Dall'Ara outfit since January 2020 when he teamed up with the side on loan from Atalanta.

The forward has now scored six goals and provided four assists in 23 appearances across all competitions this season.