Barcelona vs Real Madrid Clasico postponed due to security concerns 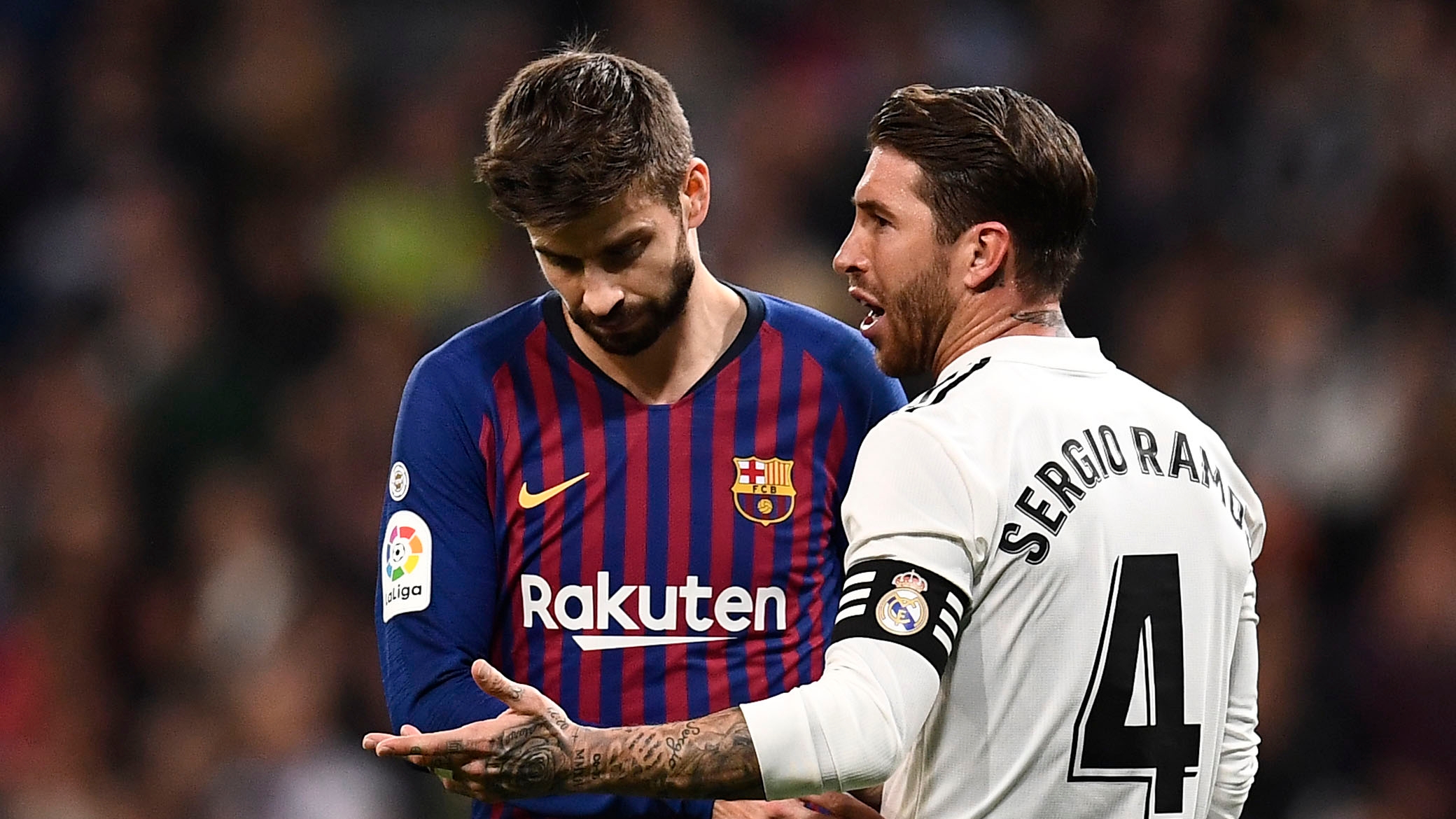 The prospect of moving the game to Madrid has been dismissed, but fans of the two giants will have to wait almost two more months for the showpiece

The Royal Spanish Football Federation (RFEF) has confirmed the postponement of the Clasico between Barcelona and Real Madrid due to concerns over political instability in Catalunya, with both teams now having until Monday to agree on a date.

Tensions in the region have been inflamed by a controversial court decision jailing several leading members of the Catalan independence movement for their role in organising a referendum on the subject in 2017.

As of Thursday, the streets of Barcelona and surrounding areas had been hit by four consecutive days of violent clashes between protesters and security forces.

And a massive rally is planned for the city of Barcelona on October 26 - the same day that the Blaugrana were scheduled to host their arch-rivals at Camp Nou.

Several options were considered by the RFEF amid fears conditions would be unsuitable for the showpiece game, including the possibility of changing the venue to Madrid's Santiago Bernabeu home.

It has since emerged that the order of home and away matches cannot be altered after they are drawn, however, as per the league's rules.

As such, the clubs now have until Monday at 10:00am local time to agree on a new date, otherwise a date will be chosen for them. A statement reads:

"Following an extraordinary meeting yesterday by the RFEF Competition Committee, an analysis of the Liga match between Barcelona and Real Madrid scheduled for October 26 has resulted in the following:

"The rules prevent the alteration of the order of matches between the teams already in the calendar.

"The Committee will allow the affected clubs to reach an agreement on a new date for El Clasico. Barcelona and Real Madrid are requested to select a date and time in the coming hours, with Monday, October 21 at 10:00am (CET) as a limit.

"In the case that an agreement cannot be reached, the Competition Committee will be the body responsible for determining the date of the match."

Following RFEF's communique, Barca released a statement of their own.

"In the light of the postponement of the game against Real Madrid, decreed by the Spanish Football Federation’s (RFEF) Competition Committee, FC Barcelona states:

"The Club’s desire was to play the Clásico at Camp Nou on the 26th, the date and time previously agreed and the Committee was informed of this in writing.

"The Club has the utmost confidence in the civic and pacific attitude of its members and fans who always express themselves in exemplary fashion at Camp Nou.

"Nevertheless, having received the decision of the RFEF Competition Committee to postpone the game citing "exceptional circumstances” and given that it falls to the clubs to agree a new date for the game before Monday, the Club will propose 18 December.

"The Club regrets the inconvenience that this postponement may cause to members, supporters’ club members and fans and it has now begun the necessary steps to refund money from Monday 21 October for tickets already purchased."

Barcelona resume their domestic campaign on Saturday following the international break by playing away to Eibar, while Madrid travel to Mallorca the same day in search of a victory that would keep them at the top of the Spanish top flight.