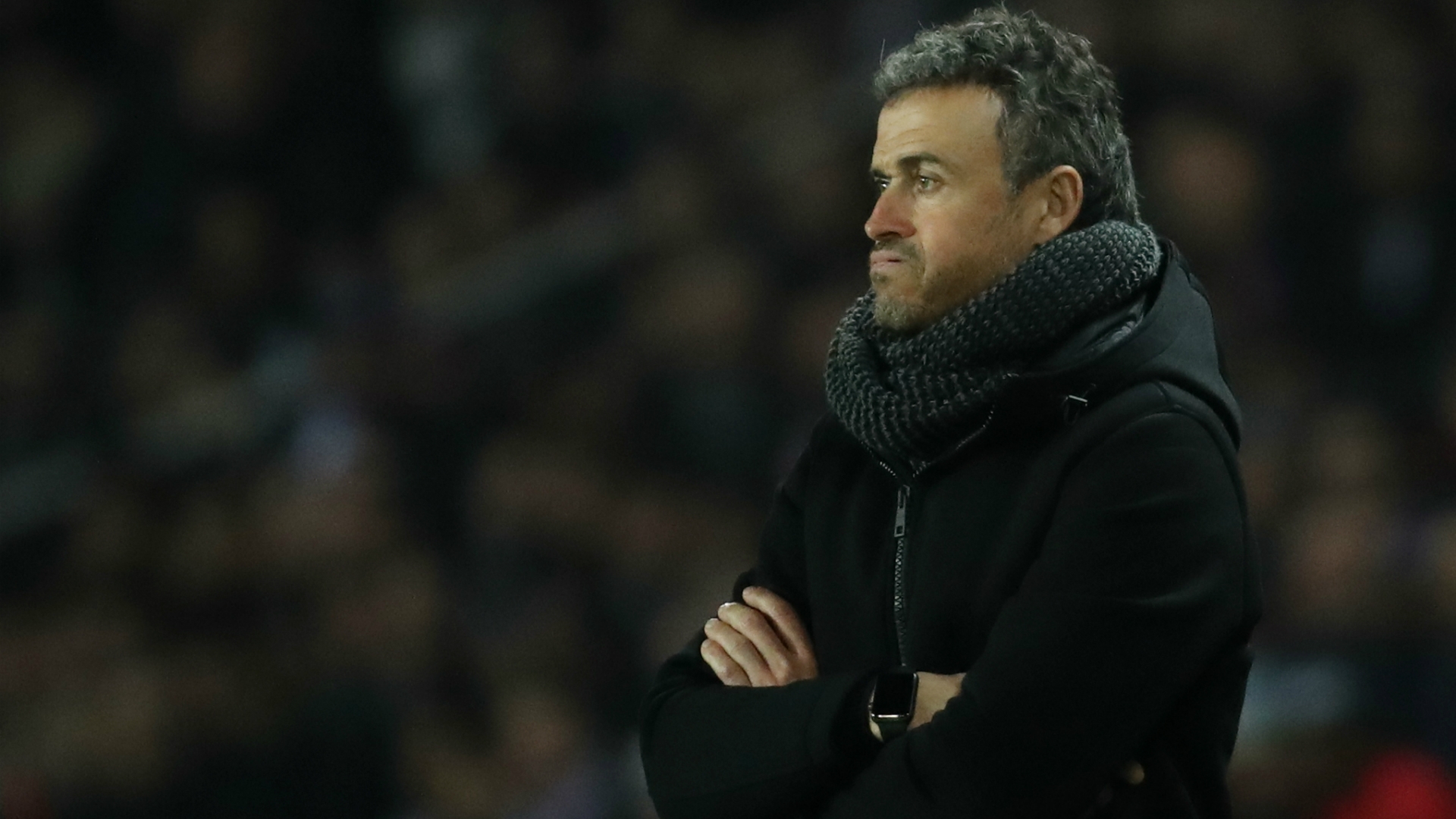 Barcelona are looking at possible replacements for Luis Enrique and have drawn up a three-man shortlist of potential successors to the Asturian coach, but the current Blaugrana boss could yet stay at Camp Nou.

Luis Enrique on the brink after PSG thrashing

Luis Enrique led Barca to a treble in his opening season and a domestic double last term. However, the 46-year-old is out of contract in the summer and is on the brink after Tuesday's humiliating 4-0 defeat at Paris Saint-Germain at the Parc des Princes.

The former Spain midfielder has previously brushed talk of his renewal to one side and seems to be growing increasingly tired with life as Barca boss as he begins to receive greater criticism from fans and also the media, having to be separated from Catalan reporter Jordi Grau after a tense post-match interview on Tuesday.

Members of the Barca board remain in the dark when it comes to their coach's intentions and were already looking at possible successors before the damaging defeat in Paris, which has left the Blaugrana on the verge of elimination from the Champions League.

Barca directors do not expect the team to overturn the 4-0 deficit in the second leg at Camp Nou, but there is hope that there will be a positive reaction from the players and a dignified defeat could earn Luis Enrique some credit with his employers.

However, he is only likely to be offered a new deal by Barca if he can win La Liga for the third time in succession. Barca are currently just a point behind rivals Real Madrid in the Primera Division, although Los Blancos have two games in hand. The Catalans are also in the final of the Copa del Rey and will be expected to beat Alaves, but winning the cup competition alone will not be enough to see Luis Enrique keep his job.

Indications are that the Asturian will walk away in any case and the Blaugrana have identified three possible successors for the post this summer: Ernesto Valverde, Eusebio Sacristan and Ronald Koeman.

Athletic Club coach Valverde is a man with a wealth of experience in La Liga, having also taken charge of Espanyol, Villarreal and Valencia. The 53-year-old, who has managed close to 300 games in two spells at the Basque outfit, is a former Barca player and has long been admired by the Catalans for his stylish brand of football. Valverde won three Greek titles at Olympiacos and his Athletic side beat Barcelona to win the Spanish Supercopa in 2015.

"I like the way he coaches," Luis Enrique said of Valverde (currently stalling on a new contract at San Mames) in January ahead of a game between Barca and Athletic in the Copa del Rey. "He is a top-level coach. We have seen that in all of the teams he has coached."

Eusebio is another alternative. A former midfielder for the Catalan club and a key player in Johan Cruyff's Dream Team between 1988 and 1995, the 52-year-old endured a tough time as coach of Barca B but is impressing at Real Sociedad, having led the Basques to fifth place in the table this term, where they sit just a point behind Atletico Madrid.

"Eusebio is a coach who is super prepared," Luis Enrique said in November ahead of his team's trip to Anoeta. "He shares Barcelona's football ideas 100 per cent."

The third option is Koeman. A Barca legend as a player, the Dutchman famously scored the free-kick that gave the Catalans their first European Cup in 1992 and was a fixture in Cruyff's great side. As a coach, he has enjoyed strong spells at Southampton and now Everton, but some question marks remain from his time at Valencia, where he won the Copa del Rey but was sacked after freezing out David Albelda, Santiago Canizares and Miguel Angel Angulo, almost taking the club down to the Segunda.

"Let's hope Koeman coaches Barca one day," Albelda tweeted in 2014. "It would even things up for everyone else."

For his part, the Dutchman said in November: "I’m in love with Barcelona, life there is fantastic. It was my best period playing. But Everton? I’m happy here."

However, he has also admitted that he has thought of coaching the Catalan club in the past and would find it difficult to turn down a move back to Camp Nou.

Another name mentioned frequently over the past few weeks is that of Jorge Sampaoli. The Argentine is enjoying a spectacular debut season at Sevilla and has a clause in his contract allowing him to leave, but is committed to his two-year deal at the Sanchez Pizjuan and is looking to sign a new contract with the Andalusian club.

Sampaoli, who won the Copa America with Chile in 2015 by beating Argentina - and Lionel Messi - in the final, turned down the Albiceleste job in the summer because he had already committed to Sevilla, and despite his success in leading the Andalusians to third place in La Liga, Barca are unsure how he would fare at one of the world's top clubs over a longer period of time.

Barca president Josep Maria Bartomeu is set to sit down with technical secretary Robert Fernandez over the next few weeks to discuss plans for next season, including the position of coach.

In the meantime, the Catalans return to action against Leganes in La Liga on Sunday at Camp Nou - their first match since the 4-0 loss at PSG on Tuesday.