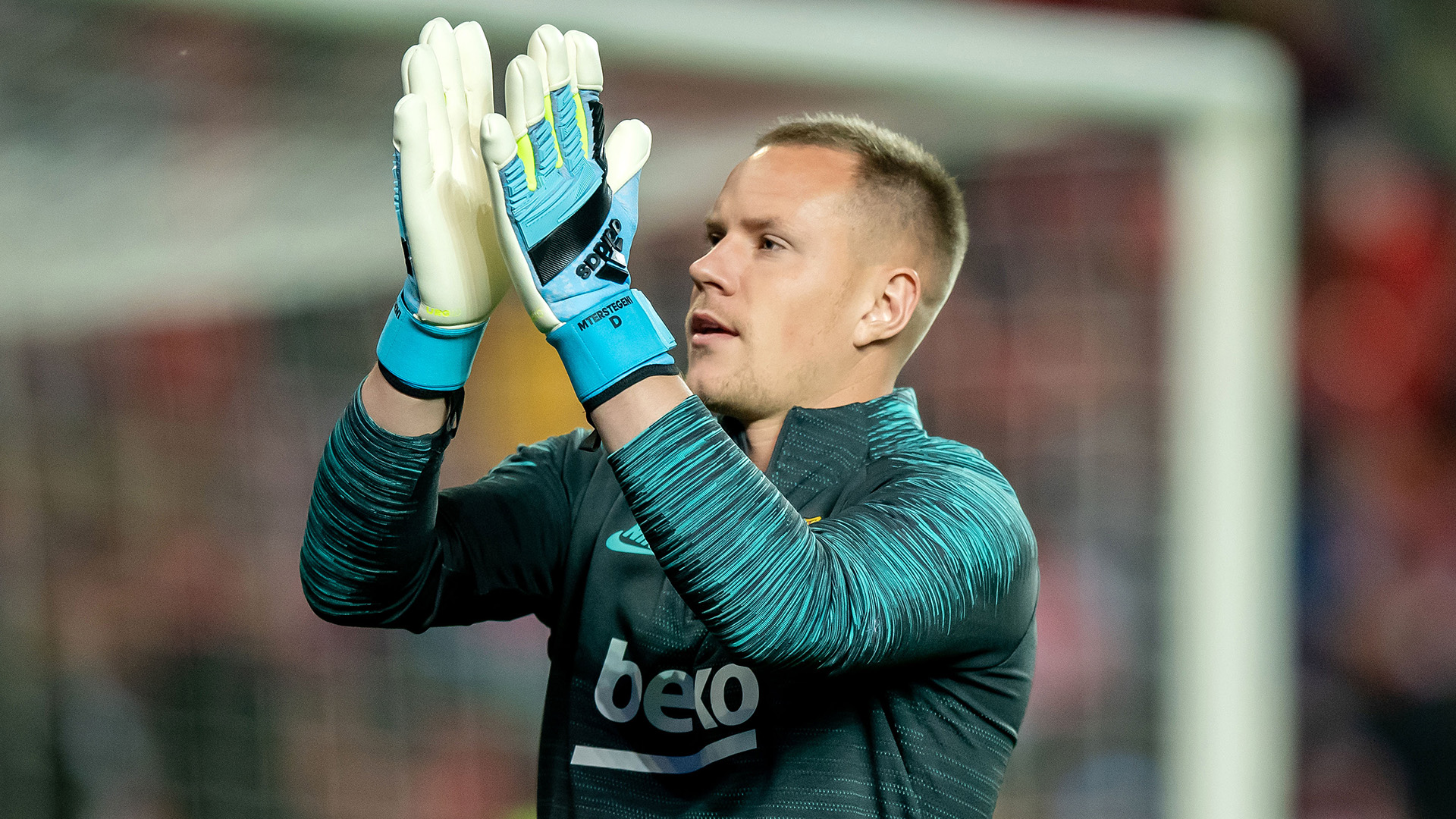 Ronald Koeman praised Marc-Andre ter Stegen for a crucial save in Barcelona’s battling 2-0 victory against Elche on Sunday, saying the club is "lucky" to have a goalkeeper of his quality.

The Catalan giants were 1-0 up thanks to Frenkie de Jong’s strike when Ter Stegen denied Elche forward Emiliano Rigoni at the start of the second half.

Barca would seal the points late on thanks to a goal from Riqui Puig, but Koeman was quick to highlight the contribution of his goalkeeper at what was a pivotal time in the game.

“They didn't have chances - they only had one chance and it came from a big mistake from our defence,” said Koeman.

”But Ter Stegen was very good in the one-on-one [chance]. Luckily we have a good goalkeeper, because they could've equalised there.

"Defensively, apart from that mistake, we did well. The best thing about today was our pressing and our performance without the ball. We deserved to win.”

The result means it is a happy end to a breathless week for Barca, which saw them play extra-time twice against Athletic Bilbao in the Spanish Super Cup and Cornella in the Copa del Rey.

"I'm very happy with how we won [the game]," added Koeman. "We've had lots of matches in the last few days and we've kept focus.

"We were better than our opponents. We were patient. We won possession. It was difficult to score because they had lots of men behind the ball. But we pressed well.”

The Dutchman was also pleased with the contribution of De Jong, who has not always hit top form in a Barcelona shirt since his high-profile move from Ajax two years ago.

With Lionel Messi suspended, Ousmane Dembele, Martin Braithwaite and Antoine Griezmann played up front, though Koeman was keen to highlight the importance of goals being scored from other sources.

"The three forwards aren't enough; we need the midfielders to score too," he said. ”It's good that he's [De Jong] scoring and assisting. He's improving. We want the midfielder to get into the box and get up there.”

Despite the win, Koeman played down the prospect of Barca claiming the La Liga title, with leaders Atletico Madrid seven points ahead of his side with two games in hand.

"We'll try [to challenge for the title], but Atletico are still strong," he said.