The Blaugrana president is looking to move on from the disappointing summer departure of a club legend, with future plans being put in place

Barcelona president Joan Laporta has admitted that he clung to the hope that Lionel Messi would agree to “play for free” once it became clear that the Liga giants could not afford to put a lucrative contract extension in place.

A stunning summer saga at Camp Nou resulted in the six-time Ballon d’Or winner walking away from the only club side that he had represented to that point, with a move to Paris Saint-Germain made as a free agent.

Terms had been agreed on a new deal, but financial mismanagement in Catalunya and La Liga salary caps meant that no paperwork could be signed and Barca had to bid farewell to an all-time great as he packed his bags for France.

Discussing Messi’s exit with RAC1, Laporta said: "With Messi I do not get angry because I appreciate him. I know he had a huge desire to stay, but also a lot of pressure because of the offer he had.

“Everything indicates that he already had the offer from PSG. Everyone knew that he had a very powerful offer. We knew from Messi that they had a very good offer.

“At no time do I think of going backwards. I think I'm doing the best for Barca. Nobody can put the institution at risk.

“I did hope that at the last minute Messi would say that he would play for free. I would have liked that and he would have convinced me. I understand that the league would have accepted it. But we cannot ask that of a player of his level.”

What about Koeman’s future? 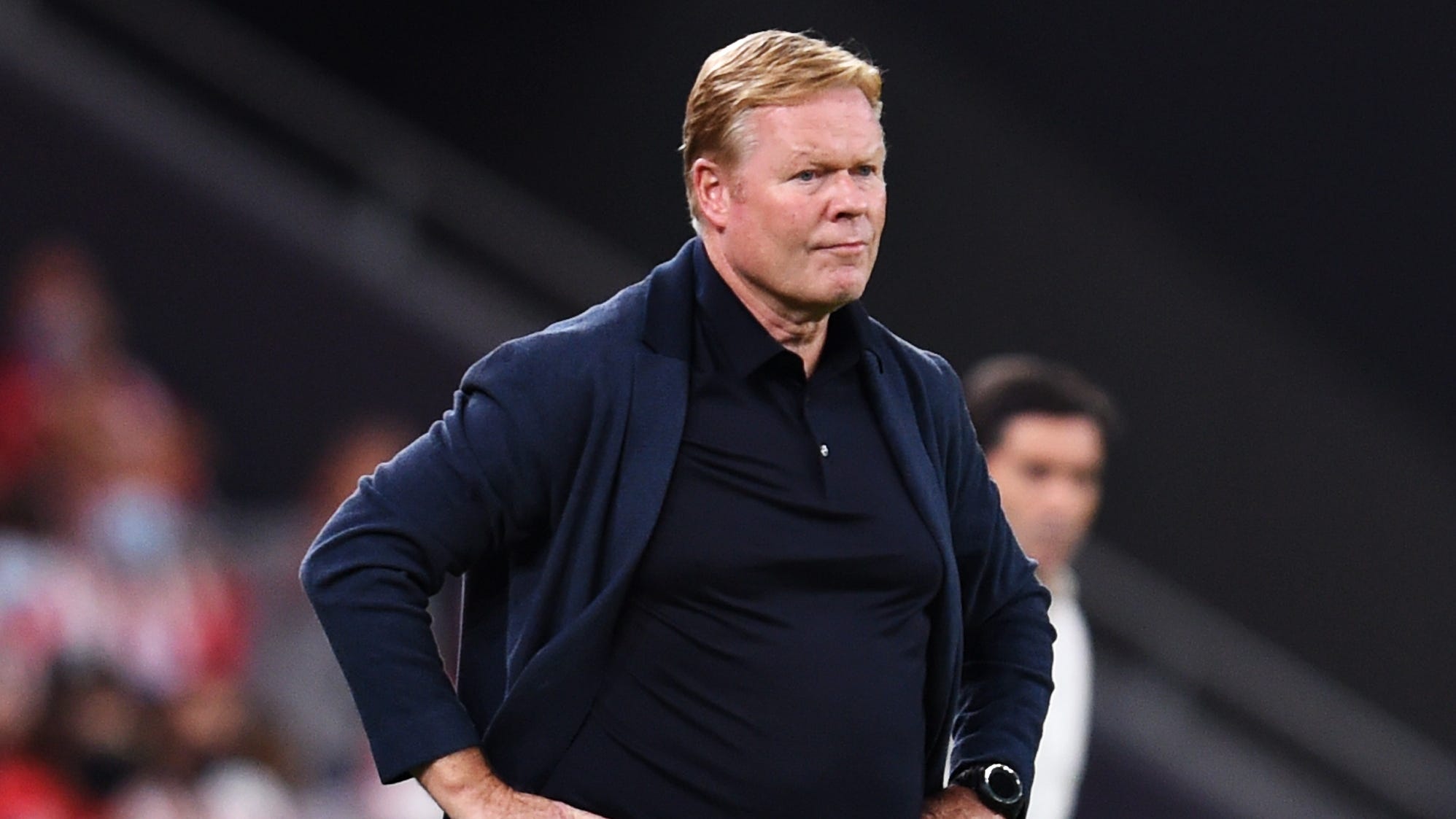 While Messi has moved on, there is plenty of speculation to suggest that Barca boss Ronald Koeman could be next to head through the exits.

The Blaugrana are being linked with various alternatives to fill a prominent coaching post, including Belgium boss Roberto Martinez and former fan favourite Xavi, but Laporta insists no sack call has been made.

He said: “The decision is that Koeman continues. He is a cule like us. He wants Barca to do well. He has a valid contract and he has to be respected. I am happy with the decision.

“With Xavi I speak frequently because we are friends. Also with Pep [Guardiola]. I like to know what they think because they know more than me.

“The coach we have is Koeman. We are proud to have him as a coach.

“People can think what they want. At no time have I ever said that it is not Koeman. I think he deserves the margin of confidence. It is a decision that is the best one. Our coach is Koeman.”

Koeman appears unlikely to earn an extension to a deal that is due to expire in the summer of 2022, but a number of hot prospects on Barca’s books are being lined up for fresh terms – including Spain’s latest record-breaking debutant, 17-year-old Gavi, and the club’s new No.10, Ansu Fati.

“Pedri, we have advanced with very well and hopefully we can take it further. Ansu is doing well.”