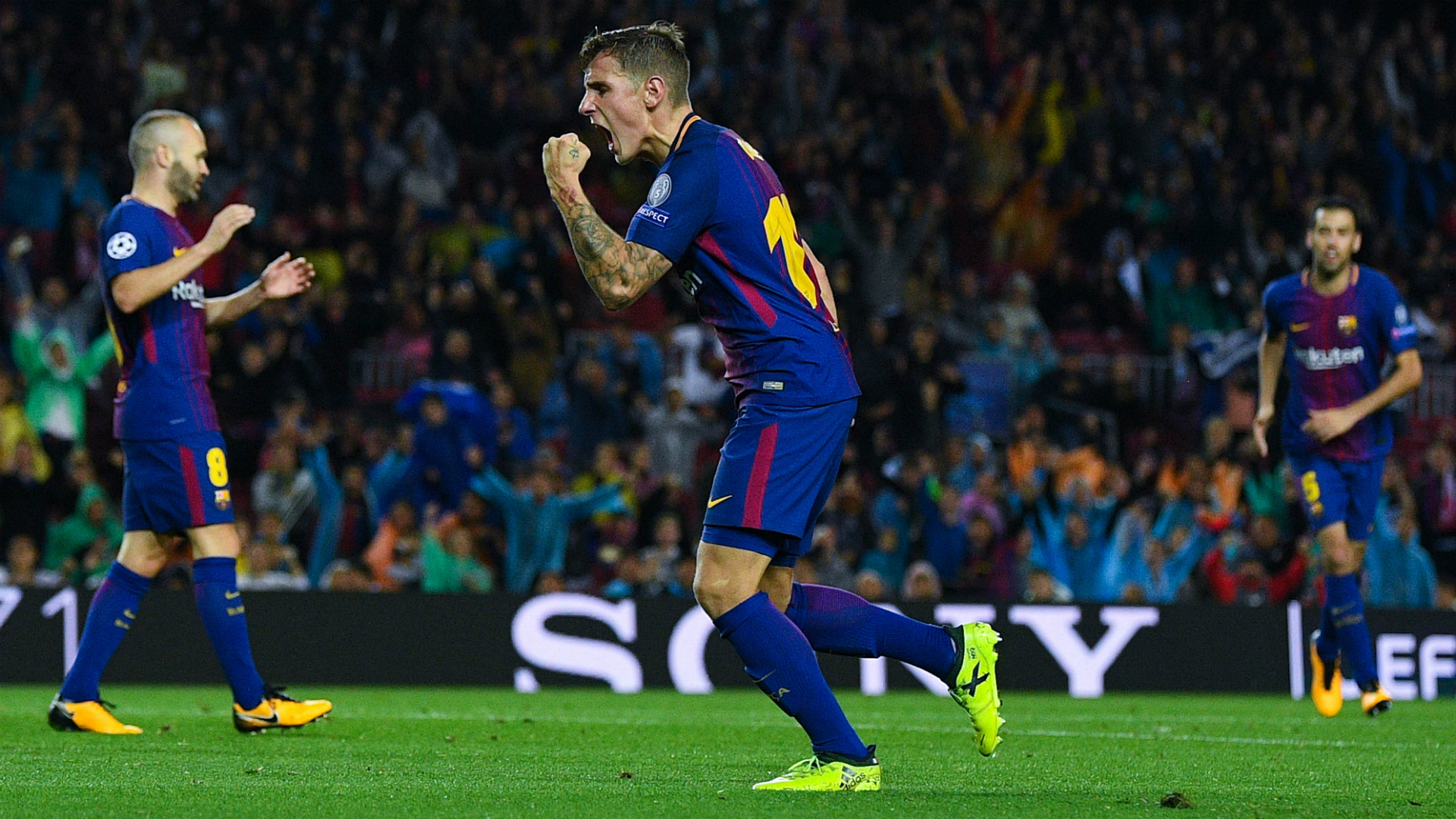 With 11 wins in 12 matches, the focus has been on Barca's attack, yet their rearguard has been in sparkling form, too

Barcelona defender Lucas Digne has paid tribute to the outstanding start his side have made to the campaign, and in particular defensively.

The Catalan side have stormed to the top of La Liga and their Champions League group, with the likes of Lionel Messi in sparkling form in attack, but France international Digne believes that the defence also deserve credit for what has been achieved in the early weeks of the season at Camp Nou.

Indeed, Barca have conceded only three goals in their first nine league matches, while they have also kept six clean sheets – the best tally in La Liga to date.

“Normally, when you talk about Barca, you talk about our attacking style and maybe forget the defensive part of our game, but we work hard on that as a team, and it is great to see us letting in so few goals this season,” Digne told Goal.

“That has helped us in getting this great string of results, and as a left-back of course I find defending extremely important.”

Digne has been given his chance in the starting XI following an injury to Jordi Alba, and the 24-year-old has grabbed it with both hands, scoring against Olympiacos in the Champions League last week before delivering an assist for Gerard Deulofeu in the 2-0 win over Malaga at the weekend.

“Defending is the most important part of the game for a left-back, but having said that, of course it is a big plus when I can also help the team in attack - and especially with a goal or an assist,” he continued. “It is an extra bonus and of course that really makes me happy. But I also get that feeling from keeping a clean sheet.”

Barca have won 11 of their opening 12 games of the season, only dropping points in a 1-1 draw with Atletico Madrid on 14 October, which represents a tremendous start to a campaign that many critics thought would be tough for them.

Digne has heaped praise on new coach Ernesto Valderde, who replaced Luis Enrique in the summer, hailing one tactical tweak in particular that he feels has made a big difference.

“With Valverde our training is very hard and very good - and with an extremely high quality in every detail. This level of training makes sure that we are all perfectly prepared and completely ready for every single game,” Digne said.

“As a team for sure we put a lot more pressure on our opponents high up the pitch this season, and that is an advantage for us.

“We have had an amazing start to this season with 11 wins in 12 games in La Liga and Champions League, and we have the quality, ambition and appetite to continue our great form. We are hungry for trophies, and this club always aim to win everything.

“Every time I enter the pitch, I am proud to represent the greatest club in the world and I work hard to give everything for our many supporters.

“I have enjoyed the last month enormously, winning our games with both Barca and France - and playing both the important qualifiers securing my country a place at the World Cup in Russia.”

On Tuesday, Barcelona tackle Murcia in the Copa del Rey round of 32 first leg as they look to continue their fine start to the season.