Zinedine Zidane spent a good part of the summer trying to push Gareth Bale out of the Santiago Bernabeu door but, with star signing Eden Hazard sidelined by injury on the eve of the new season, he gave the Welshman a surprising reprieve.

Indeed, at the Balaidos on Saturday evening, Zizou backed down and Bale stepped up, creating the first goal for Karim Benzema as Real Madrid beat Celta Vigo 3-1 to silence talk of a Blancos crisis.

Madrid invested more than €300 million (£274m/$333m) during the transfer window in a desperate attempt to reinvigorate a squad that looked shot by the end of what was a dismal 2018-19 campaign.

The trip to Galicia was, thus, meant to signal the start of a new project, one dominated by fresh faces. However, Zidane's new Madrid was just like his old one, without a single new purchase on the pitch.

That Bale started was even more surprising, though. Only three weeks previously, Zidane had publicly stated that the sooner the winger left Madrid, the better.

However, at the Balaidos, the Frenchman was forced to tuck into a slice of humble pie because of Hazard’s injury. Bale was named on the left wing and turned Celta’s defence inside-out before squaring for Benzema to stab home the opener.

It was just like old times, although, in Benzema's case, he was merely picking up where he left off last season, as one of the few Real stars to shine during a turbulent campaign.

As well as breaking the deadlock, the vastly experienced striker also set up Madrid’s third goal, demonstrating his delicate touch and quick-thinking in teeing up Lucas Vazquez to score. 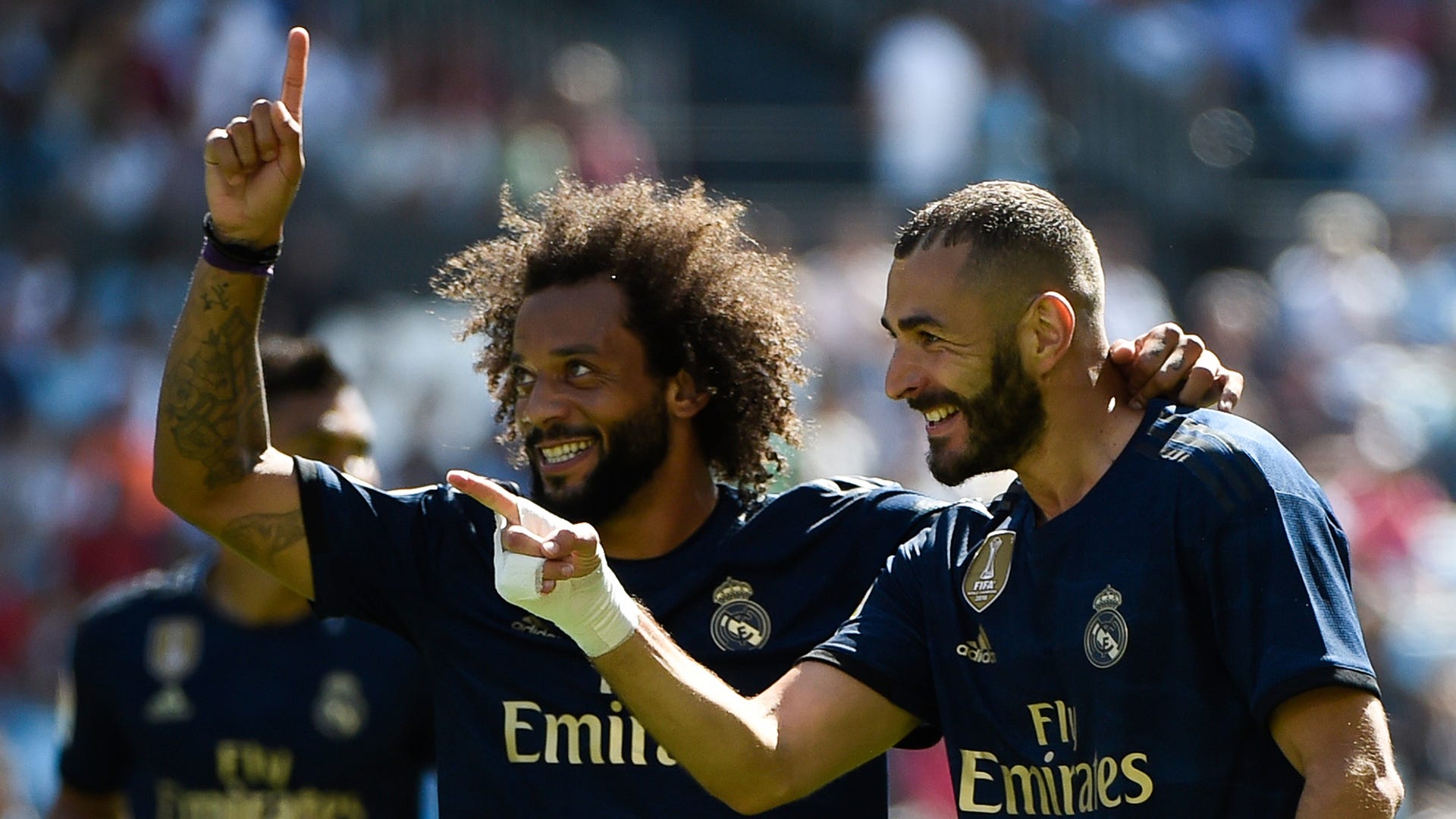 It was as if we were watching the Madrid of Zidane’s first spell in charge, especially in the first half, where the Blancos struggled but still managed to find the back of the net.

Indeed, for long periods, it seemed like they didn’t have much of a game plan and appeared to be in danger of throwing away their lead when Luka Modric was shown a straight red card for catching Denis Suarez late.

It was certainly a painful knock for the Galician but it was hardly a malicious foul by the Ballon d'Or winner.

Credit to Madrid, though, they actually improved following Modric's dismissal.

As it was, none of Madrid's new arrivals made an impact. Hazard and Ferland Mendy obviously missed out through injury but Luka Jovic only featured as a substitute, while Eder Militao watched the entire game from the bench.

As did former Galactico James Rodriguez, whose mere presence only added to the sense of nostalgia surrounding Zidane's side.

Zidane, of course, wanted rid of the Colombian, as well as Bale, but both may end up proving useful this season now that it appears Madrid will be unable to find a buyer for either.

The Blancos boss benefited from plenty of good fortune during his previous tenure, which saw Madrid lift three consecutive Champions League trophies and one La Liga title, and his side certainly flattered to deceive at various points at the Balaidos.

However, they responded well to adversity and, ultimately, got the job done thanks to some flashes of magic from some familiar faces.

For now, it seems that the more things change at Madrid, the more they stay the same.