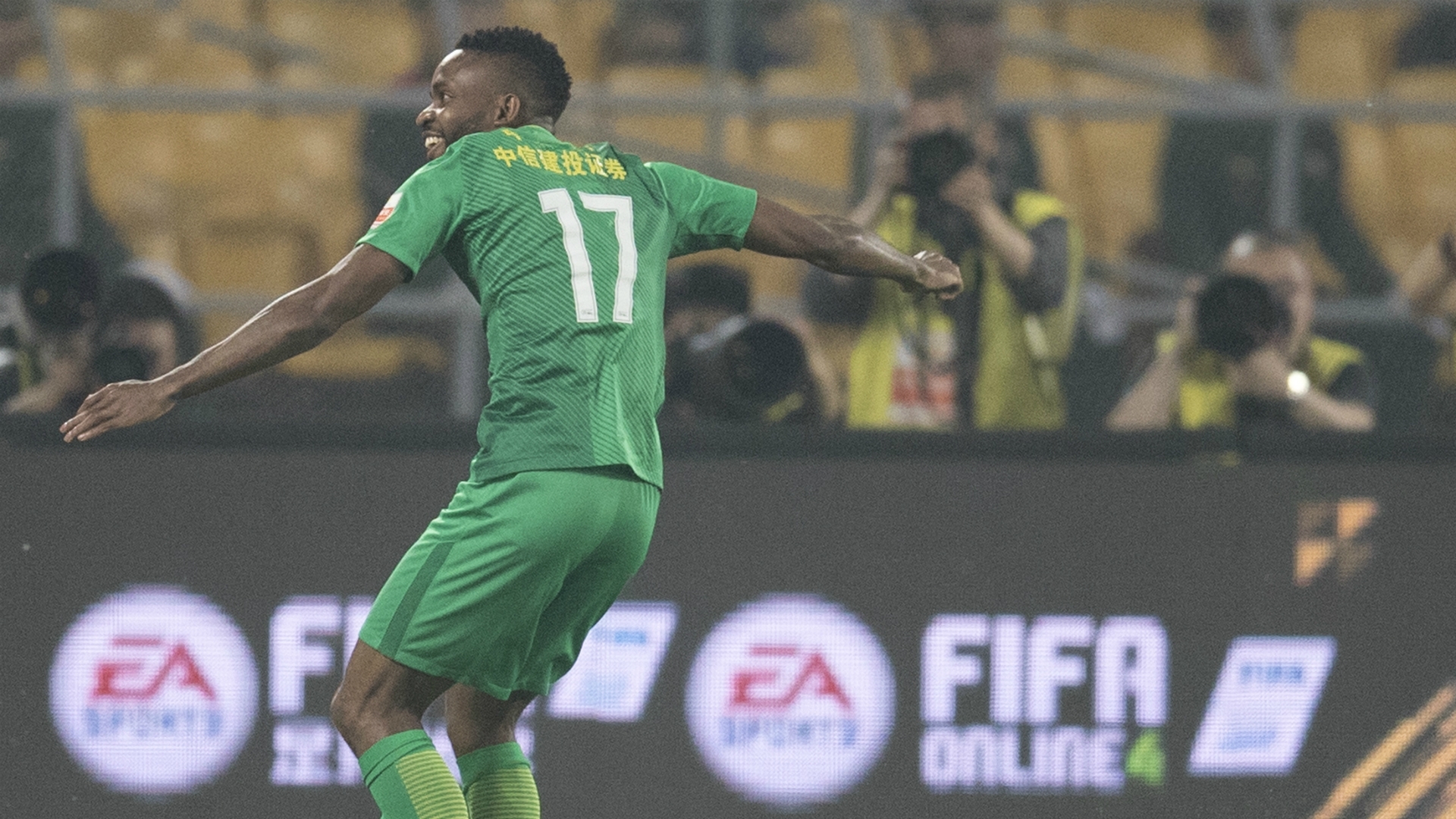 Cedric Bakambu sealed the victory for Beijing Guoan as they defeated Changchun Yatai 2-0 in Saturday’s Chinese Super League encounter at the Workers’ Stadium.

The DR Congo international continued his rich form in front of goal - having notched in his last seven games for the Imperial Guards - with a second-half effort against Chen Jingang’s men.

In the 16th minute, Jonathan Soriano converted from the penalty spot to give the home side the lead.

The former Villarreal attacker featured from start to finish with Yatai captain and Nigeria international Odion Ighalo also played the entire duration of the game.

The former Watford marksman was unable to prevent his team from a home loss and also, strected his goal drought to three games.

The victory saw Beijing Guoan climb to the second spot in the log with 22 points from 11 games and will be looking to build on the win in their next league game with Beijing Guoan after the international break.