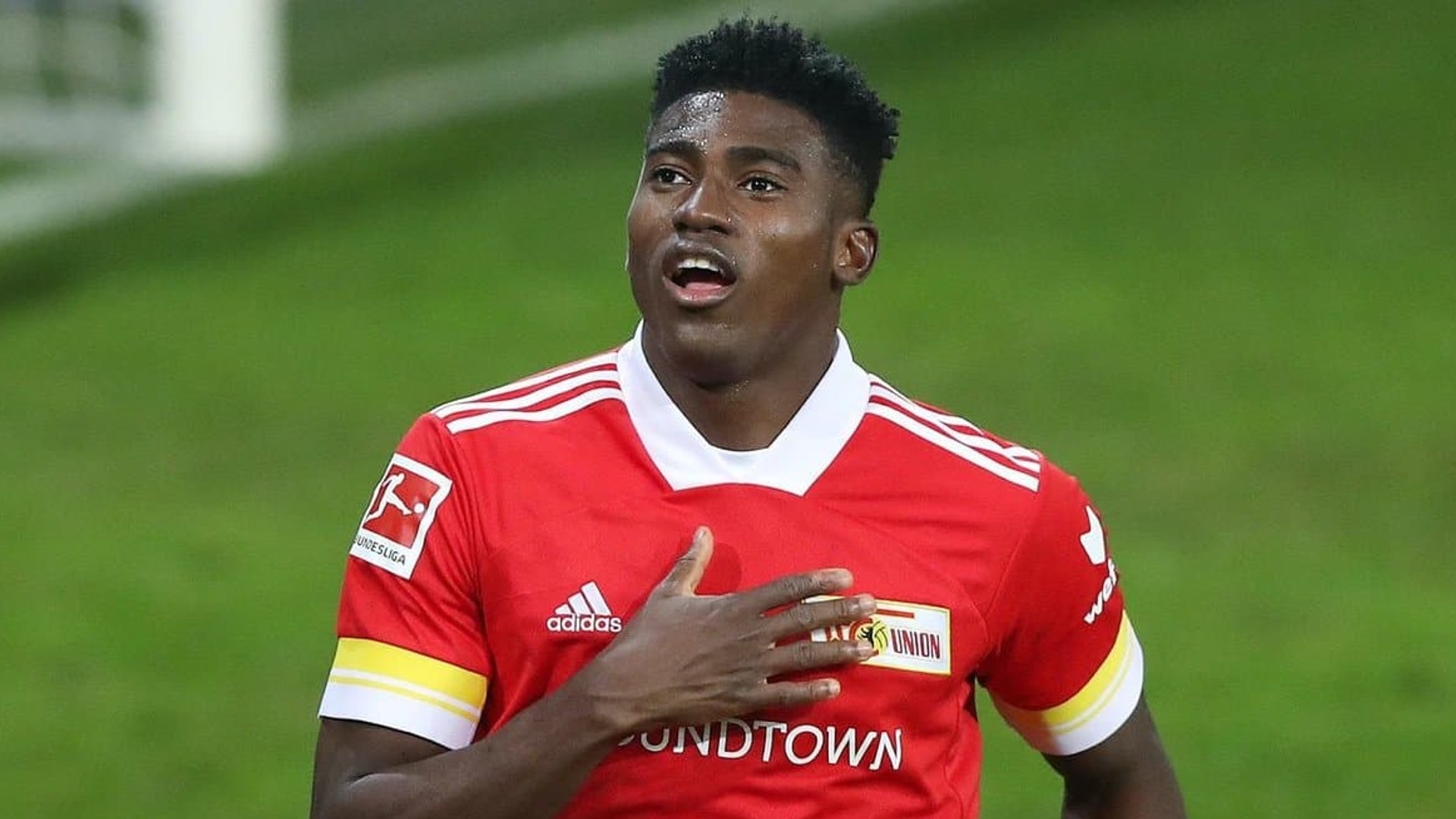 After failing to score in his last four matches, the Nigeria forward was on target in Thursday's game

Awoniyi found the back of the net four minutes after he replaced Kevin Behrens in the 72nd minute.

Earlier in the encounter, goals from Andreas Voglsammer and Behrens gave the hosts a two-goal lead at the Olympiastadion Berlin.

Awoniyi's effort was his first goal since he scored against Borussia Monchengladbach in the Bundesliga on August 29.

This season, the former Liverpool player has scored seven goals in 11 matches across all competitions for Urs Fischer's side.

Meanwhile, Thursday's result was Union Berlin's first win in the Conference League group stage after they suffered a 3-1 loss against Slavia Prague on September 16.

They are now third in Group E with three points after two matches, and they are scheduled to battle leaders Feyenoord next on October 21.

Awoniyi will be hoping to build on his rejuvenated scoring form when the Iron Ones travel to Mainz for a Bundesliga fixture on Sunday.

Elsewhere in Vitesse, Kamaldeen Sulemana scored the winning goal in Rennes 2-1 away win over the Eredivisie club.

The Ghana star came off the bench after the break to continue his fine start to life in the Ligue 1 club.

After Serhou Guirassy drew Rennes level from the penalty spot in the 54th minute, Sulemana scored a 70th-minute winner to take his tally to four goals after 11 matches in all competitions.

In Thessaloníki, Chuba Akpom scored PAOK's only goal in their 1-1 draw with Slovan Bratislava on Thursday.

The Middlesbrough loanee made it two goals in two Europa Conference League matches with his opening strike in the ninth minute.

A few minutes later, Andre Green cancelled out the goal for the Slovakian visitors as they shared the spoils at the Stadio Toumbas.

Akpom returned to the Greek Super League club in August after struggling for form in the EFL Championship.

So far this season, all of his goals for PAOK have come in the Conference League.