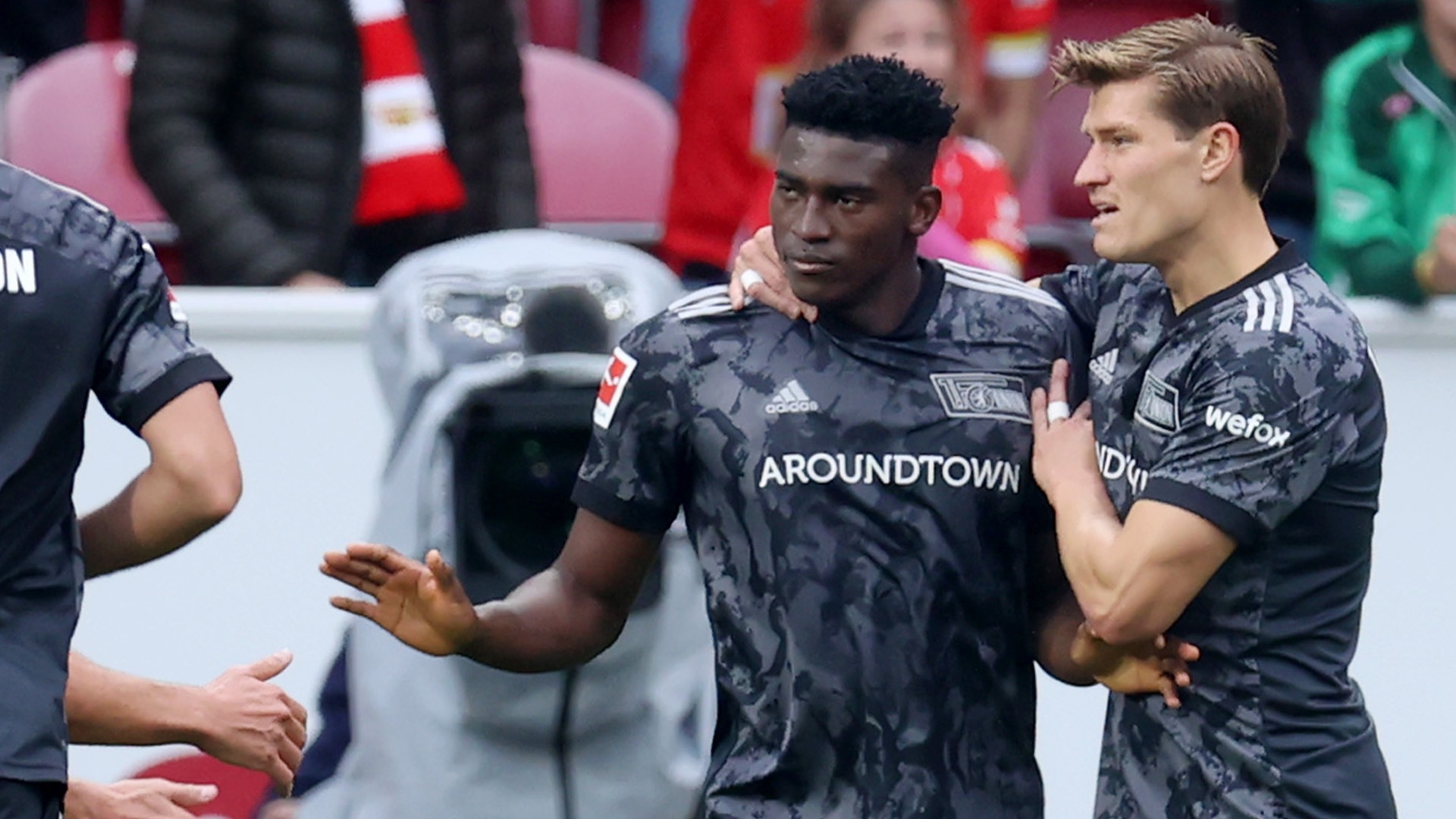 Taiwo Awoniyi continued his impressive Bundesliga goalscoring run with a goal in Union Berlin's 2-0 victory over Wolfsburg on Saturday.

After a goalless first-half at the Stadion An der Alten Forsterei, Awoniyi opened the scoring for the hosts in the 49th minute.

The goal stretched his Bundesliga tally to six goals after eight outings, and he is a goal away from equalling his best goalscoring run in a league campaign.

The Nigeria international scored seven goals during his stints at Royal Excel Mouscron on two occasions (2017-18 and 2018-19).

Since he completed a permanent move from Liverpool in August, Awoniyi has been enjoying a rich vein of form in front of goal for the Iron Ones.

In addition to his fine league run, the 24-year-old has scored three goals after four appearances in the Uefa Europa Conference League this campaign.

Two minutes after Sheraldo Becker scored the second goal, the Super Eagles star was later replaced by Kevin Behrens in the 84th minute.

Union Berlin are fifth in the league table with 15 points after eight matches, three points behind leaders Borussia Dortmund.

Awoniyi will hope to continue his impressive run when Union battle Feyenoord in a Uefa Conference League fixture on Thursday, after which they travel to Stuttgart for a Bundesliga match on October 24.

During the last international break, Awoniyi made his debut appearance for Super Eagles in the 2022 Fifa World Cup qualifiers against the Central African Republic.

The former U17 and U20 star was introduced as a second-half substitute for Leicester City's Kelechi Iheanacho at the Teslim Balogun Stadium as the hosts suffered a shocking 1-0 loss.