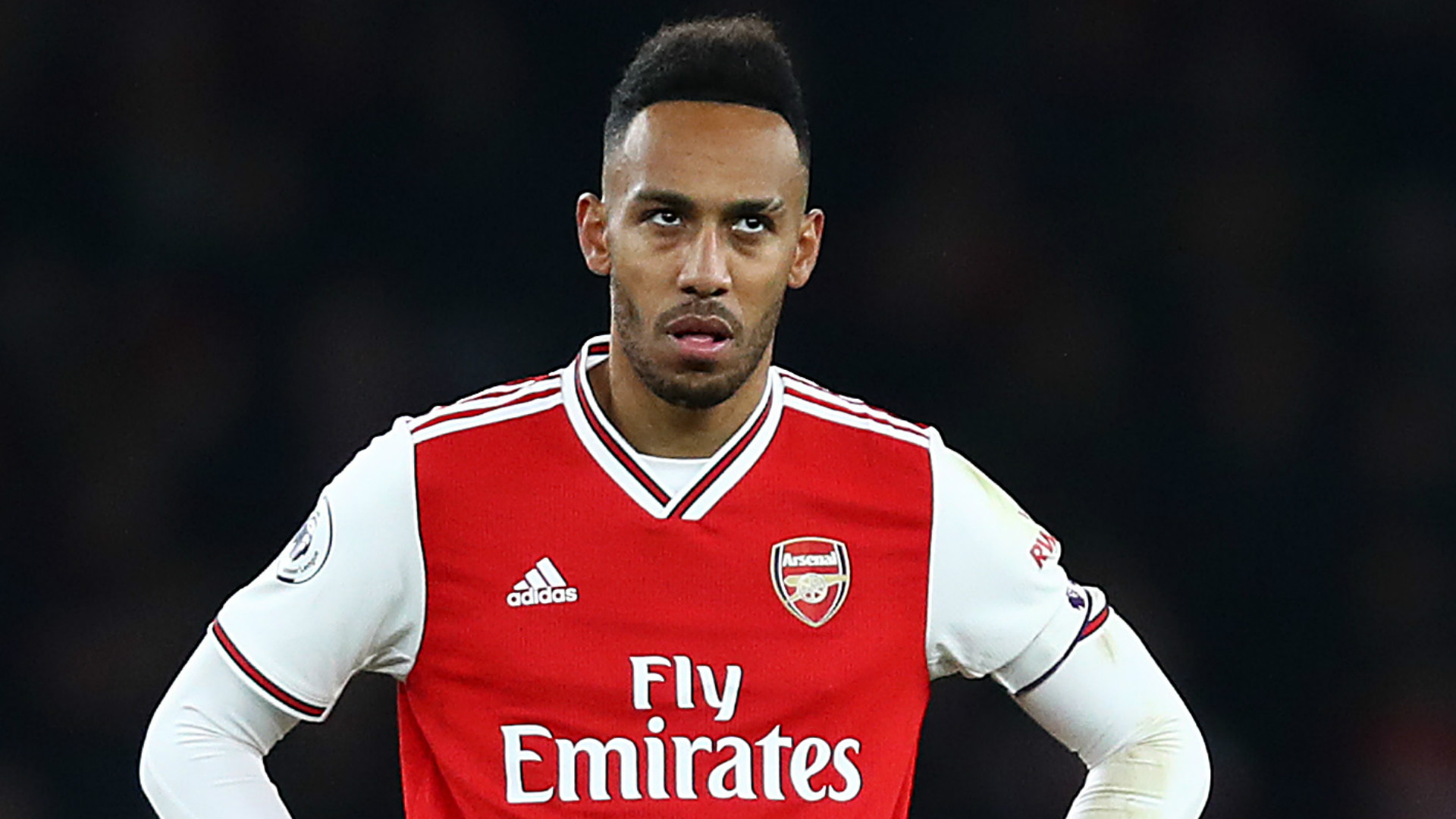 The Gunners simply aren't creating enough chances, and the Gabon international's goals are drying up as a result

Unsurprisingly, after another humdrum outing at the Emirates Stadium, a crescendo of boos greeted Arsenal’s 2-2 draw with Southampton on Saturday.

The dissenting voices were even louder than they’d been at half-time, with Unai Emery’s troops having to make do with a point against a second-bottom Southampton side winless in the Premier League since mid-September.

Ralph Hasenhuttl had every right to feel robbed at the full-time whistle too; such was his team’s impressive display in North London. They paid the price for their profligacy as Alexander Lacazette netted for the Gunners at the death to rescue a 2-2 draw.

Arsenal have robbed Southampton at the Emirates. The Saints absolutely deserved to win that game and only have themselves to blame for not taking their chances.
No wonder Hasenhuttl was visibly upset at the end. #ARSSOU pic.twitter.com/6UswM8cwc1

For Arsenal’s newly-appointed captain Pierre-Emerick Aubameyang, Saturday represented another frustrating afternoon in which he fired blanks. The recent infrequence of the frontman’s goals has coincided with the North London club’s poor run of results, which reads one win in six league games.

Auba has scored just once in that run, the 1-1 draw with Wolverhampton Wanderers on November 2, after scoring seven times in previous seven.

After gameweek seven, they were in fourth place with 12 points, two and four points behind Leicester City and Manchester City, respectively, but the consequence of their top forward's drought has been Emery’s troops falling to eighth in the table, eight points behind London rivals Chelsea in fourth.

Thus, the three-time Premier League champions face an arduous battle to end in the Champions League slots yet again. Before a ball was kicked this season, the expectation was that Emery’s squad was one of the best in the land, owing to their summer business, so anything other than a return to Europe’s premier club competition will be a failure.

One of the reasons for Arsenal’s struggles lately has been their inability to fashion out quality chances for the players upfront. Emery’s biggest critics will twist the knife in the Spaniard’s back even more fiercely by stating how the issue has been prevalent since last season.

The criticism of the former Paris-Saint Germain coach last term focused on how heavily reliant the team were on Aubameyang and Lacazette to deliver the goods, and how they seemed unable to win games if the pair couldn’t pull a rabbit out of the hat.

Both forwards account for 12 of Arsenal’s 18 league goals so far. David Luiz is their next best scorer with two, Callum Chambers, Lucas Torreira, Nicolas Pepe and Sokratis all have one each.

The concern with Emery’s system is the inability to fashion out quality chances, often leaving them requiring a moment of brilliance or set-piece to score.

They've created just 23 clear-cut chances after 13 games. For context, that figure puts them in the bottom five in the division, below Aston Villa (28), Southampton (26) and Brighton & Hove Albion (26), while bottom side Watford have fashioned out three fewer than Emery's men.

Manchester City, Liverpool and Chelsea lead the way with 57, 41 and 39, respectively.

In recent games, after their draw with Manchester United at Old Trafford, Arsenal were creating one big chance in each game, till they finally fashioned out two against the Saints at the weekend.

However, when closely considered, the pair of opportunities against Hasenhuttl’s team weren’t by design but good fortune: Aubameyang’s missed chance six minutes after half-time came about after a Cedric clearance deflected off Lacazette and into the Gabon international’s path. The second was inadvertently created after Alex McCarthy pushed a Gabriel Martinelli cross into Lacazette’s feet for the late equalizer.

Arsenal’s malaise hasn’t been helped by the fact that Emery’s team are being outshot by nearly every opponent they play. Southampton had a staggering 21 attempts at Bernd Leno’s goal on Saturday, while creating a ton of clear-cut chances (five in total).

Arsenal’s last three Premier League games. Two of these have been on their turf. Not good enough. pic.twitter.com/WBgc04BBqi

Again, for a bit of context, the South Coast outfit had 13 shots in their three previous games, against Everton, Man City and Leicester, combined, so hitting as many as 20 at the Emirates was telling.

Furthermore, with expected goals of 2.60 to 1.61, Hasenhuttl’s troops beat the London club in that metric as well, the eighth team to have done so this season. This came after the home side had lined up with five defenders and two central midfielders in a 3-4-1-2, which didn’t stop them from being cut open intermittently like a hot knife through butter.

Emery wanting his team to sit deep and then attack the spaces in behind when they have the ball makes sense in theory, but that would look good if Arsenal actually knew how to defend properly and hit opponents on quick breaks.

However, they aren’t creating goalscoring opportunities, are poor at controlling games and are conceding plenty at their end. They are a team without an identity and it’s starting to show in their results.

With moments of brilliance from Auba and co. now few and far between, their manager has come under intense scrutiny in recent weeks.

Indeed, it is no surprise reports have been swirling that the players are losing confidence in the trainer’s ability to lead them going forward. Usually, these sorts of reports always end with the coach losing his job, and it’s hard to present arguments for Emery especially given the lack of progress at the club in the last 18 months.

Lacazette really scored a 96th minute equaliser & looked devastated rather than celebrating, presumably fully aware that he had lengthened Emery’s time in charge. What is this club doing to us?

What conceivable reason does the board have for not sacking Emery? Seriously? There isn't one reason why they should keep him as Arsenal boss as it's only going to get worse. Show leadership: Do the right thing, pay off a decent man who simply wasn't the right fit #WeCareDoYou pic.twitter.com/oQQXTAV1Ru

Aubameyang’s numbers have been largely consistent in his time at Arsenal, but the recent decline has affected his belief and impact in front of goal. Ostensibly, under the current regime, a top four place may be a long shot given the depleted levels of confidence in the side which is now spreading to supporters.

Another year outside the Champions League, potentially the Gunners’ fourth successive year away from the competition, will see prized assets like Auba seriously consider their futures at the club.

That would be a bitter disappointment after the recruitment the club’s made in the last 18 months. Arsenal have to act promptly, or otherwise risk losing their best forward next summer if they fail to meet their primary target for the fourth season on the spin.