Pierre-Emerick Aubameyang is disappointed with Arsenal’s performance against Manchester City.

Having suffered a 3-0 thrashing by City in Sunday’s League Cup final, Arsene Wenger’s men went down once again to the same scoreline as goals from Bernado Silva, David Silva and Leroy Sane propelled Pep Guardiola’s men at the Emirates in Thursday’s English Premier League duel.

And the 28-year-old who missed a penalty in the outing revealed that the entire team are displeased with the poor results. 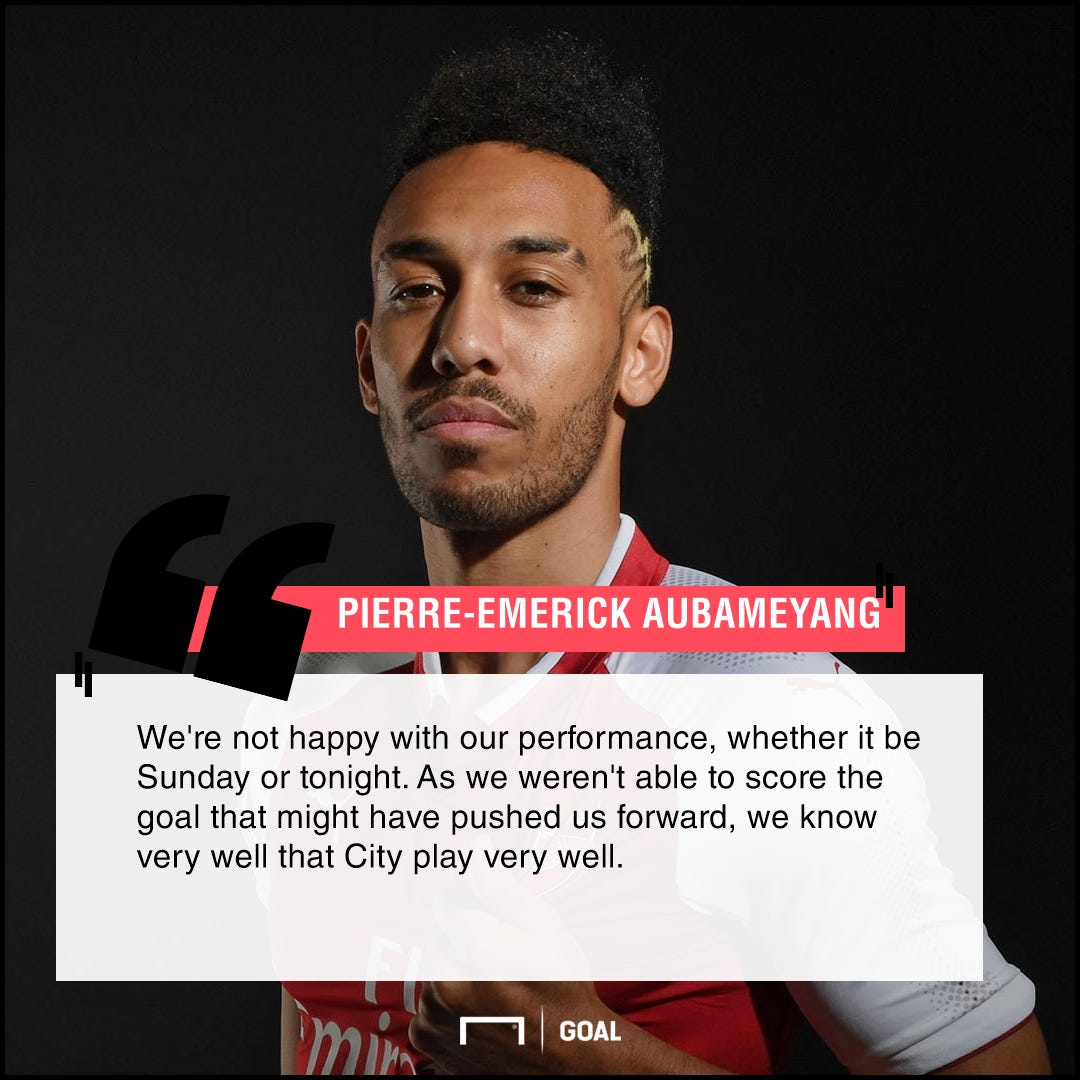 "I think that this evening it was a match without anything positive.

"We're not happy with our performance, whether it be Sunday or tonight [Thursday]. As we weren't able to score the goal that might have pushed us forward, we know very well that City play very well.

"They're perhaps the best team in terms of playing style in the world right now, so of course, it's not easy when you can't score that goal, you need to have that extra energy. So, perhaps there were some players who were a bit resigned."

The defeat left Arsenal ten points off the top-four as they have 45 points from 28 encounters.

The striker who joined the London outfit during the January transfer window from German side Borussia Dortmund has only scored once since his arrival and will be looking forward to a change in fortune when they meet with Brighton and Hove Albion in their next league game on Sunday.