From modernising the current infrastructure to establishing a state-of-the-art academy, the club management has assured the fans of a better future...

On July 10, the first board meeting of the new entity ATK Mohun Bagan FC took place where it was decided to retain the iconic green and maroon jersey and the boatman logo, which has been synonymous with the 131-year history of Mohun Bagan.

After the declaration of the new entity, the board members gave an assurance to the fans of better days to come. Goal takes a look at the four promises that stand out.

Mohun Bagan's club tent at the Gostho Pal Sarani will be renovated so that the players get access to the best infrastructure and training to compete in domestic and continental competitions. But to build any permanent structure the club management needs to get permission from the Indian Army who remains the de-facto owner of the plot.

It remains to be seen how and when this project sees light of the day.

It is no surprise that the three-time ISL winners are eyeing a spot at the AFC Champions League, the marquee club tournament of the continent. The directors promised that significant investments will be made to ensure refurbishment of the existing Mohun Bagan facility so that ISL and AFC home games are held there.

But to host AFC matches at the Bagan ground would require massive upgradation of the infrastructure to meet AFC standards. 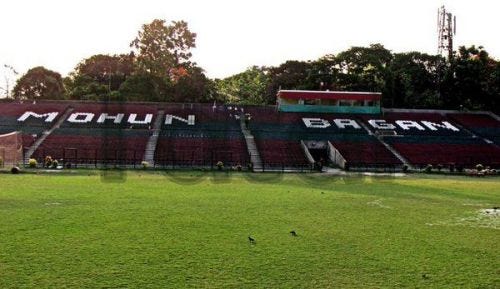 The management has assured that it will invest in building a world-class football academy in Bengal which will help the local players upskill their talent. ATK Mohun Bagan soccer schools will be launched across the country which will impart high-quality football education.

Currently, Mohun Bagan have an academy in partnership with SAIL (Steel Authority of India Ltd) but lately, it has not been in the best of financial health. It remains to be seen if ATK Mohun Bagan will upgrade this facility or build a new one from scratch.

"If I can, I would like to upgrade the facilities at the Mohun Bagan ground. It is part of the city's history. As we have grown up, each one of us has seen that it is iconic. But, it needs up-gradation, modernization, and needs to be reconstructed in a manner that is different. And, if I can I would definitely like to upgrade the facilities such that to begin with we can have ISL games there. But over a period of time, maybe have AFC games there as well and really build it into a world-class facility," said Sanjiv Goenka, principal owner of ATK Mohun Bagan.

Young talented players from Mohun Bagan to be inducted in ATKMB

Mohun Bagan have four promising talents in their ranks and all of them have been guaranteed a spot in the squad of the new team. This will ensure that Sk Sahil, Subha Ghosh, Kiyan Nasiri, and Deep Saha get to rub shoulders with the seniors under the tutelage of coach Antonio Habas. But it remains to be seen how many minutes do they get under their belt in the next season.