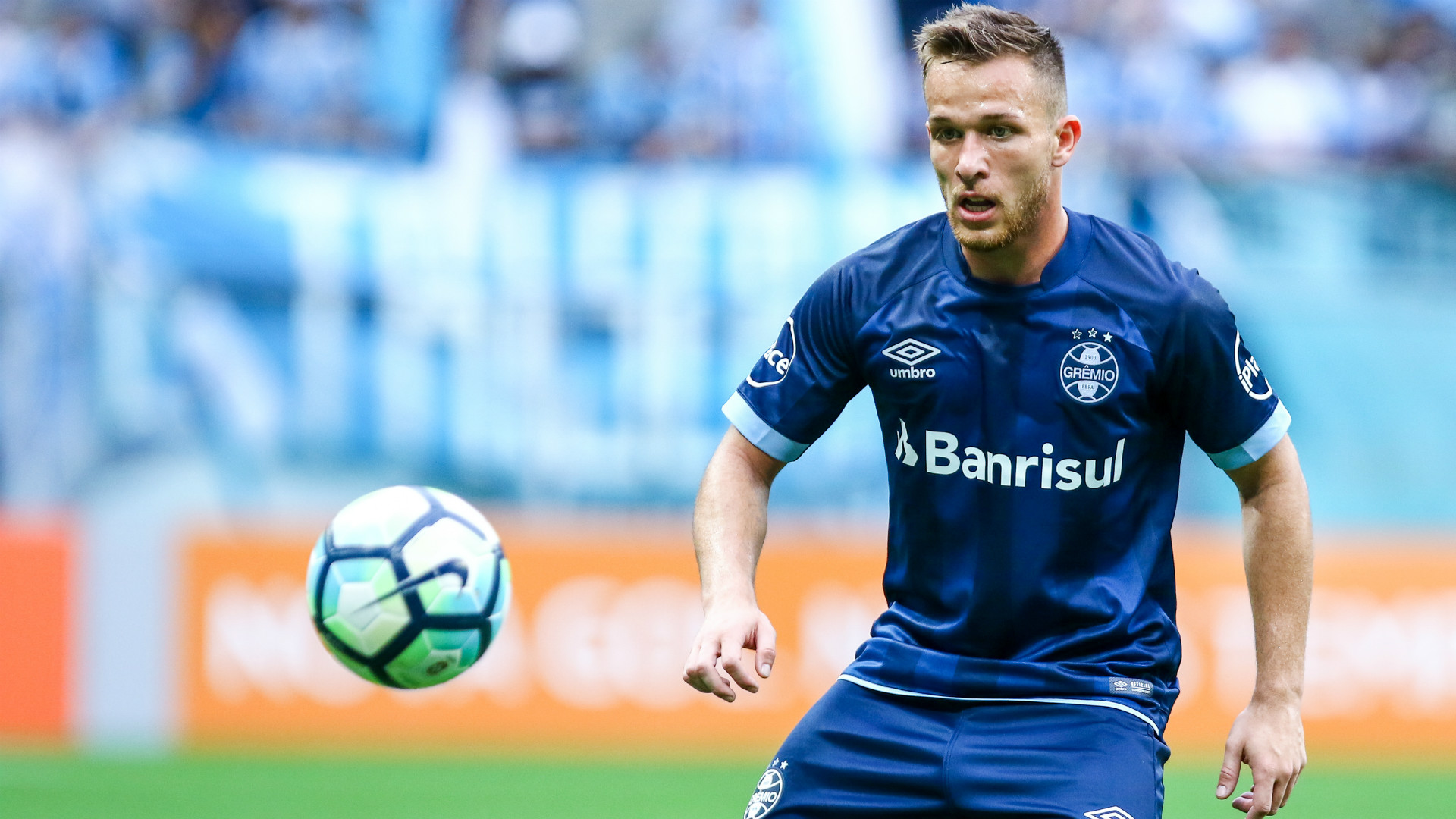 The 21-year-old midfielder appeared to be on the verge of a move to Camp Nou, but the Brazilian club insist that nothing is set in stone

Gremio director Andre Zanotta has claimed that no deal has been struck with Barcelona over Arthur Melo, and that the wonderkid could yet end up at Real Madrid

Arthur, 21, has burst to prominence this year with his brilliant performances to help Gremio lift the Copa Libertadores.

That form has seen him linked strongly with Barca, even posing in a Blaugrana shirt immediately after the Libertadores triumph.

Zanotta, however, assures that Arthur - absent for Saturday's Club World Cup final against Madrid after picking up an injury in the Copa final - is keeping his options open.

"It's incredible how my telephone is ringing for Arthur nowadays! From every part of the world and every language you could imagine," the Brazilians' sporting director told Goal.

"There's no agreement closed with Barcelona. Arthur's agent let us know that it was going to be a meeting with Barca representative, but that photo was over the line... [Barca director] Robert Fernandez apologised to us. It shouldn't have happened. But we still keep all the respect with Barcelona. There was no offer from Barcelona yet".

"Real Madrid haven't contacted us. We know there's interest for other sources and contacts. Arthur hasn't talked about Real Madrid or Barcelona yet. I think there's no preference yet".

As one of the highest-rated young stars in Brazil, and having already been included in Tite's national team plans, it is clear that either Liga giants will have to pay a steep price for Arthur.

"There are no more offers for Arthur. But there's interest from big, very big, clubs in Europe. Not only Real and Barcelona, but Germany, England... We don't need to hurry".

"I feel it would be difficult to keep Arthur longer than the summer of 2018".