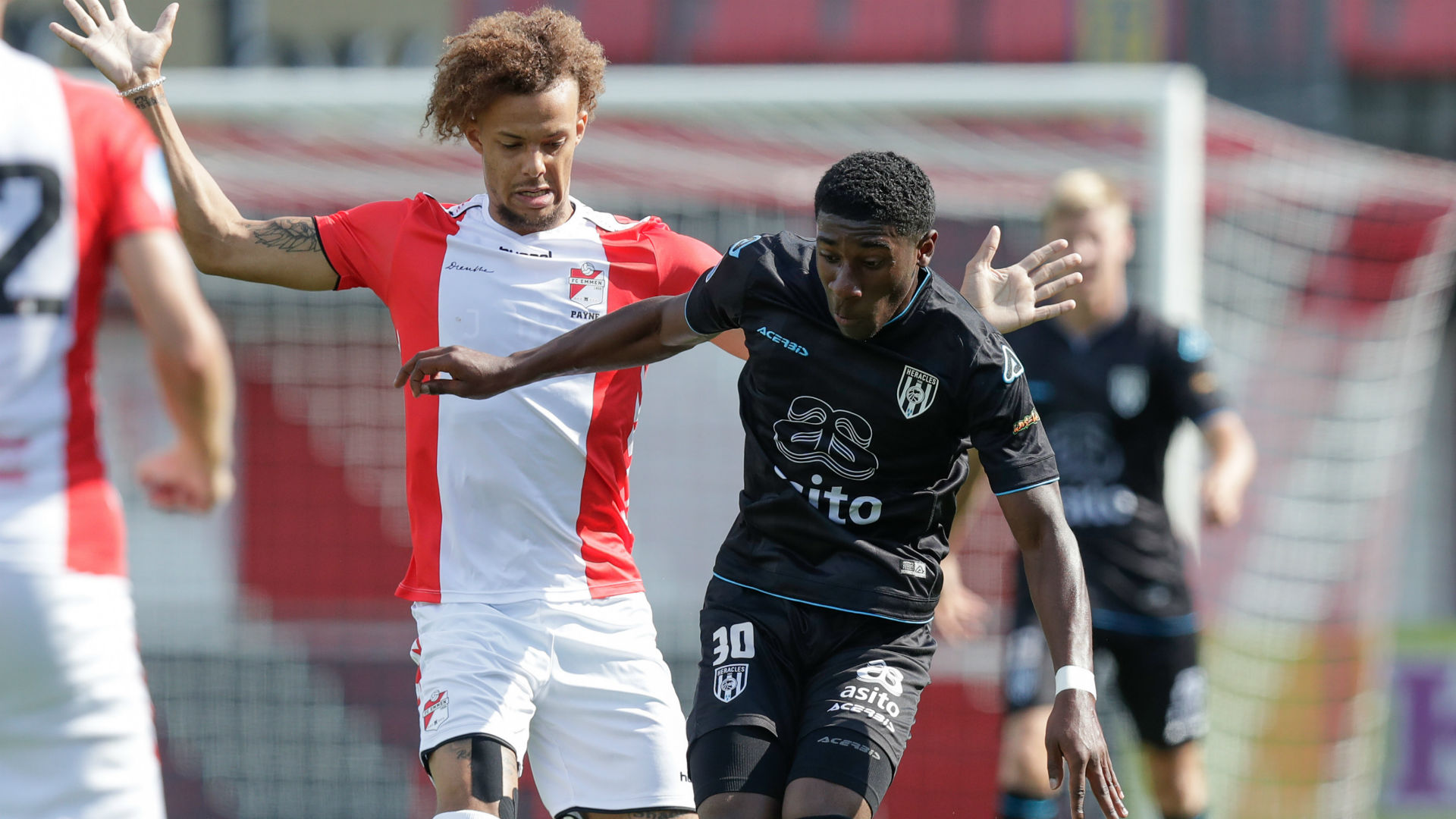 Mohamed Amissi and Noah Fadiga were on target as Heracles Almelo defeated Jong FC Utrecht 4-0 in a pre-season played on Wednesday afternoon.

Amissi’s effort was his first for the Dutch elite division outfit since moving to the Erve Asito from NAC Breda in 2019.

The Burundi international gave Frank Wormuth’s men a flying start in the fourth minute after scoring from a rebound from Marco Rente’s shot off Teun Bijleveld’s corner-kick.

15 minutes into the encounter, Heracles doubled their lead through Bijleveld who fired into an empty net as Lucas Schoofs’ strike was spilt by goalkeeper Jord Ruijgrok.

Four minutes later, the Dutch midfielder completed his double with Amissi providing the assist – with the elite division outfit taking a three-goal advantage into the half-time break.

In the 58th minute, Noah - son of Senegalese football great Khalilou completed the rout after taking advantage of a poorly saved corner by goalkeeper Ruijgrok.

Ten minutes from full-time, Heracles fumbled two glorious chances to make the scoreline 6-0. First, it was Rai Vloet whose close-range effort was gathered by the goalkeeper, while Amissi could not connect to a low cross from Van der Water.

The duo of Fadiga and Amissi were on parade from start to finish despite manager Wormuth making several changes in the second half.

Belgium-born Noah joined Heraclieden from Club Brugge in June 2020. The 20-year-old right-back will remain in Almelo until 2023 having penned a three-year deal.

He was loaned to Volendam in the last term – there, he played 24 times and scored one goal. Even at that, he was surplus to requirements in Philippe Clement’s Brugge.

For Amissi, his contract will expire in 2021 having joined from Jong NAC Breda in 2019. He will be looking forward to making his bow for Heracles Almelo when the 2020-21 campaign commences.

The 20-year-old would be hoping to be successful in front of goal when his team take on Eintracht Barunschweig in Friday’s friendly, before taking on ADO Den Haag in the Eredivisie opener on September 13, 2020.

On the international scene, the winger made his senior international bow on June 11, 2019 against Algeria as a 58th-minute substitute for Hussein Shabani.