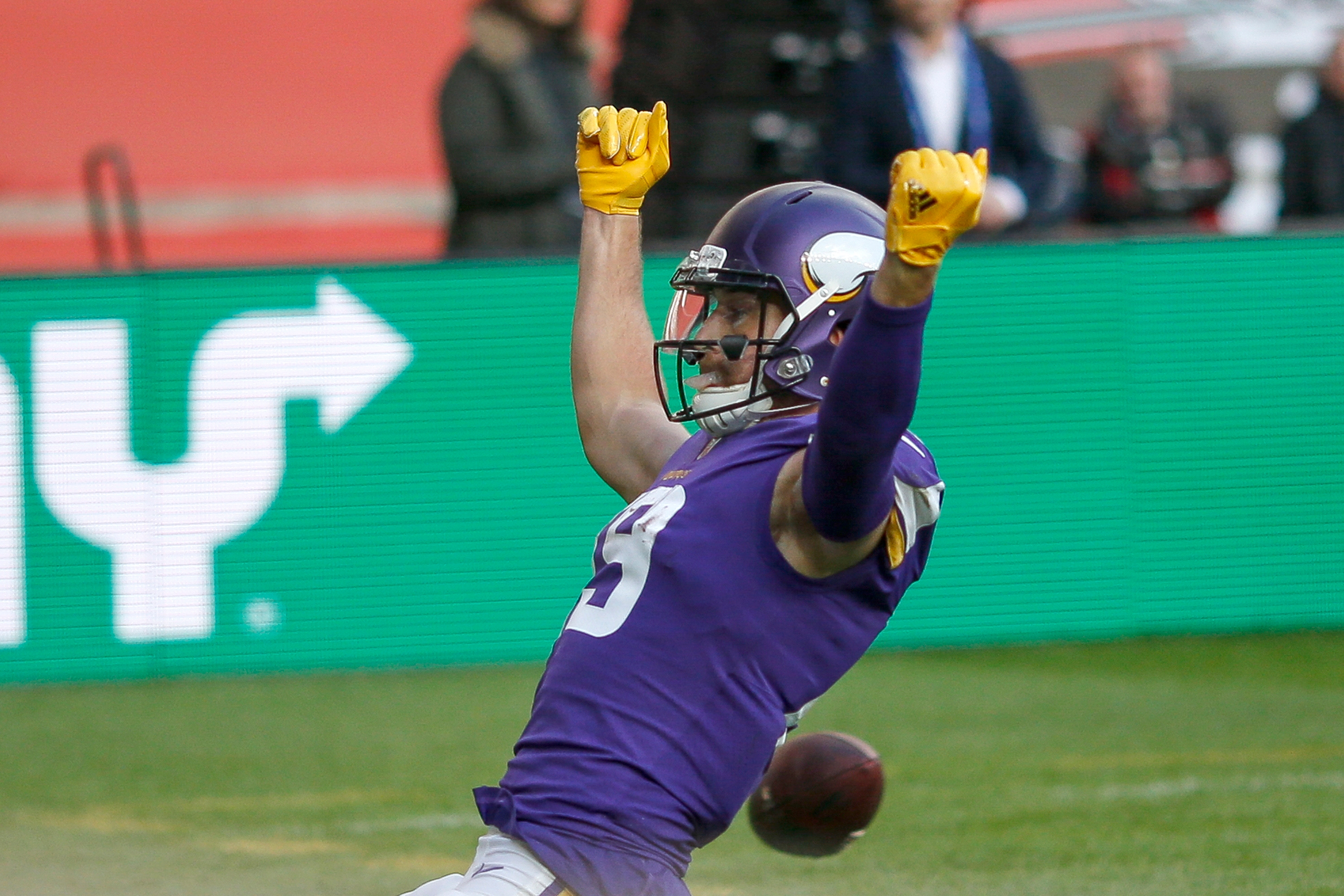 Thielen caught an 18-yard touchdown in the second quarter against the Cleveland Browns at Twickenham Stadium in London.

In a nod to the host nation's most popular sport, Thielen celebrated his touchdown more like he had just curled home a strike into the top corner than he had caught a pass in the end zone.

Naturally, Thielen was also named man of the match for his performance against Cleveland — an honor not typically awarded for NFL games.

The Vikings would go on to win the game 33-16 in front of a crowd of 74,237 — the highest attendance of the three NFL games held thus far at Twickenham.