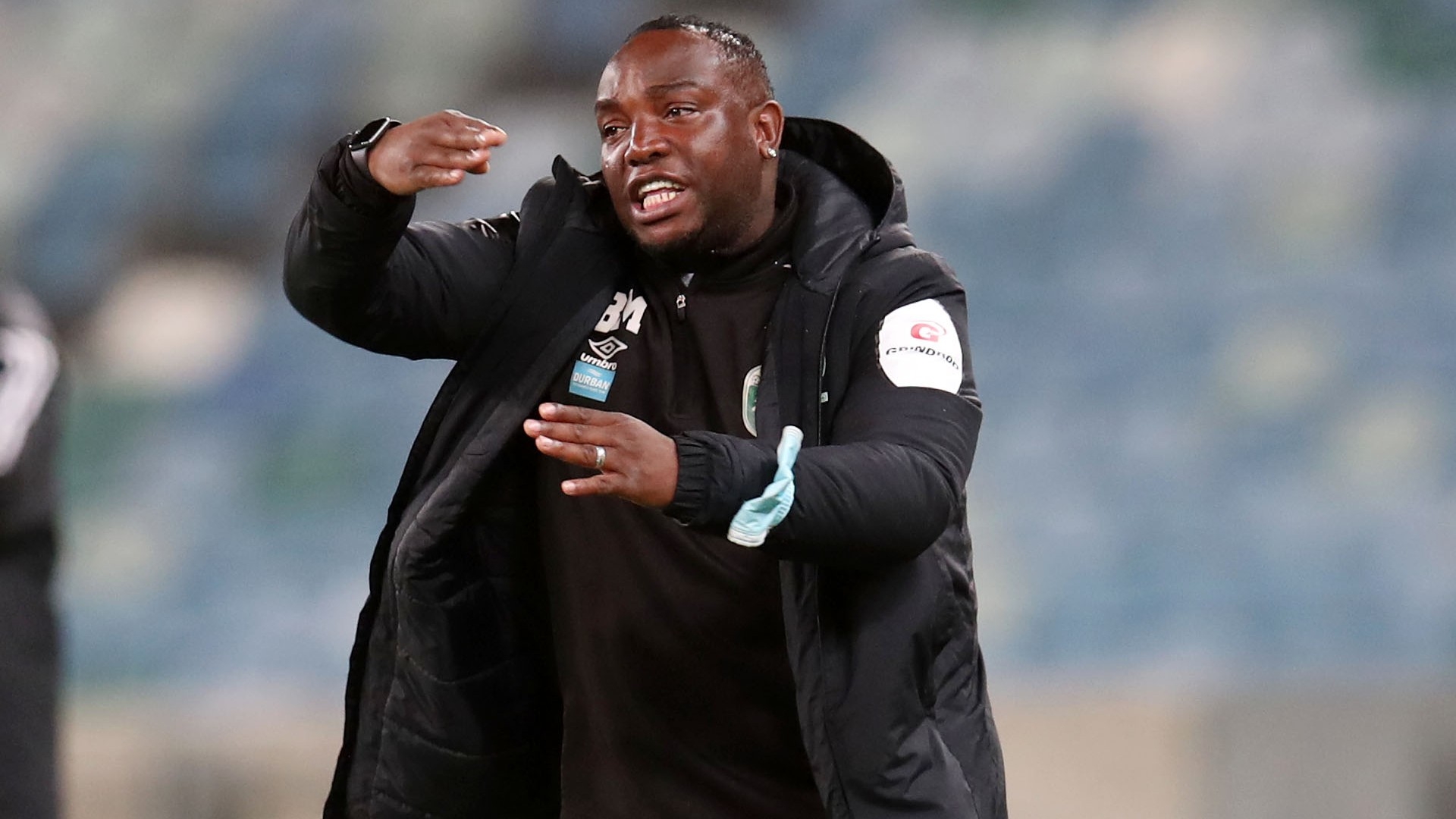 The Usuthu head coach engaged in a heated exchange with his SuperSport United counterpart, Kaitano Tembo on Tuesday

AmaZulu FC boss Sandile Zungu has claimed the Premier Soccer League side has been a victim of poor refereeing decisions and that coach Benni McCarthy was right to feel agitated during Tuesday's game against SuperSport United.

McCarthy was caught on camera while in a tense argument with his SuperSport United counterpart Kaitano Tembo in a game that ended in a goalless draw and saw Tercious Malepe sent off.

"AmaZulu have been the victims of terrible refereeing lately," Zungu told Kick.Off.com. "Particularly in our Caf Champions League match against the Malawian team.

"So, you can understand why the coach feels agitated because he puts so much effort into preparing the team to compete. I think that he's got no control over how referees officiate and he's human as well, so he gets agitated."

Zungu said he is in full support of the former Bafana Bafana star, who added they are concerned with the level of refereeing in the league.

"I'm in full support of him. We've always known that he does get animated, and we've got no problem with that whatsoever," he added.

"If the officials feel his actions are worthy of yellow cards and red cards, they will take action at the time. But we are not dealing with yellow cards or red cards for Benni McCarthy. So it's all in the game.

"But we are deeply concerned with the quality of refereeing. We've been the victim of bad refereeing decisions. I saw that game because, unfortunately, I was not at the stadium but I was watching it on TV. I don't think that there's anything wrong with what Benni did."

Although he admits he was not at the stadium to witness the actions first-hand, Zungu said he does not expect to see PSL charge his coach for Tuesday's actions.

"Why would they charge him?" asked Zungu.

"What I know is that the game we played against Nyasa Big Bullets was terrible. Benni was much closer to the situation yesterday, I was not at the stadium. But what I saw on TV Benni had some justification for being animated.

Usuthu will face Nyasa Big Bullets in the return leg of the Caf Champions League game on September 18 after going down 1-0 away from home.