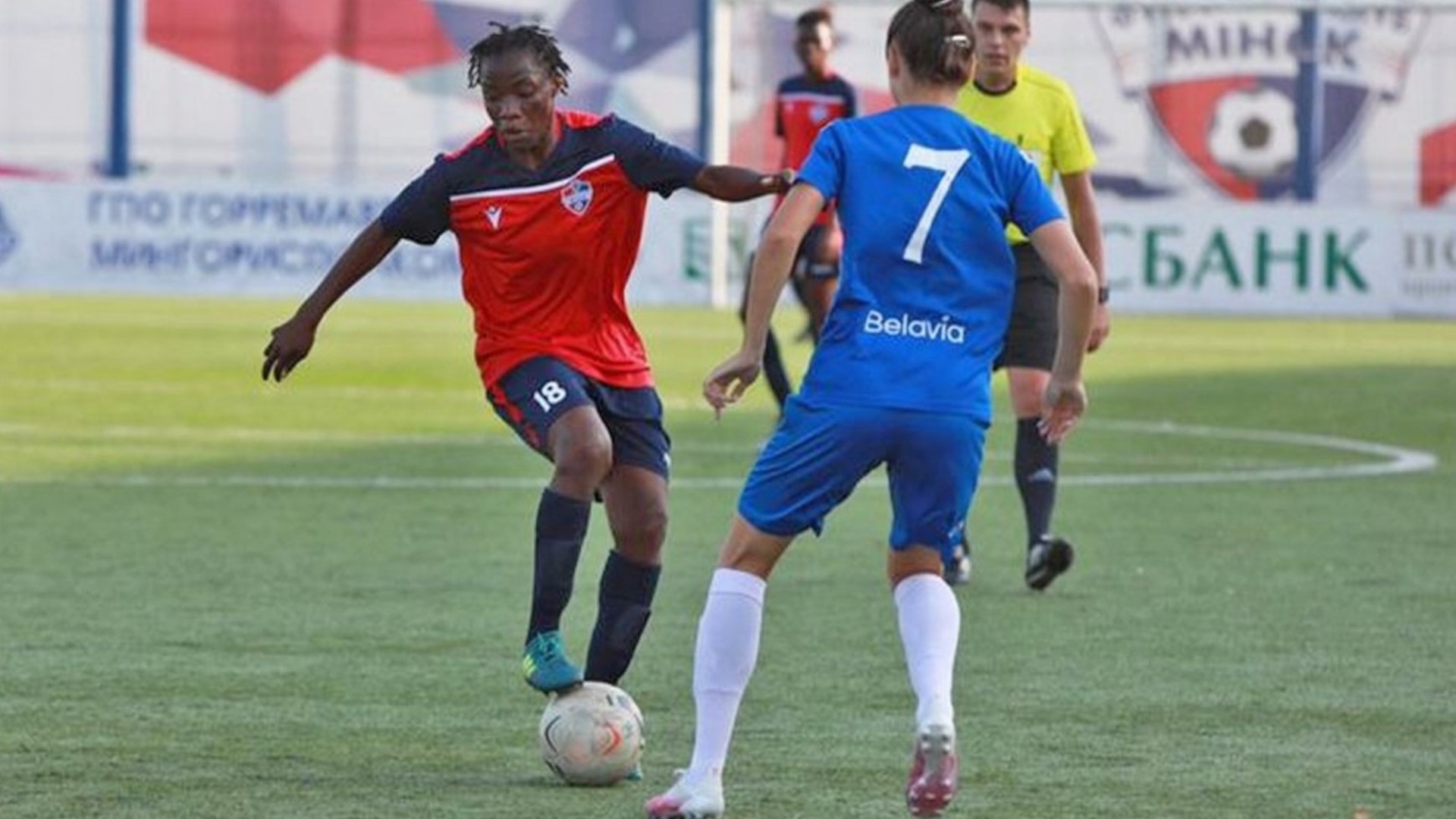 Njolle was handed a start on her third season for the Belarusian side, while compatriot Akaba returned to the competition for the first time since 2018 when she played for Turkish side Ataşehir Belediyespor.

Despite losing the domestic crown with Minsk, the Cameroon internationals featured prominently for the Belarusian side and helped Aleksandr Lukhvich's side into the Round of 32.

The hosts made a bright start to the contest as Njolle almost drew first blood, with a fine long-range effort in the eighth minute.

Nine minutes later, Akaba won a free kick for her side after being brought down in front of the Rigas box. Kseniya Kubichnaya struck from the spot to hand Minsk the lead in the 18th minute.

Njolle and Akaba came close simultaneously to double the advantage for Minsk before the 22nd minute of the encounter.

After the restart, Njolle was hacked down inside the area by Anastasija Cemirtane and Lyubov Shmatko made no mistake to convert from the spot in the 58th minute.

10 minutes from time, Akaba finally found the back of the net after she scored from the spot to ensure her side completed the rout.

Cote d'Ivoire's Nadege Cisse and Cameroon's Njolle featured for the entire duration for Minsk, while compatriot Akaba played for 86 minutes before she was replaced by Victoriya Belmach.

The triumph saw Minsk progress to the Round of 32 of the 2020-21 season of the Uefa Women's Champions League and they will find out their opponents in the next round on November 6.