Alexander-Arnold, James, Walker - How right-back became the most complex position in football 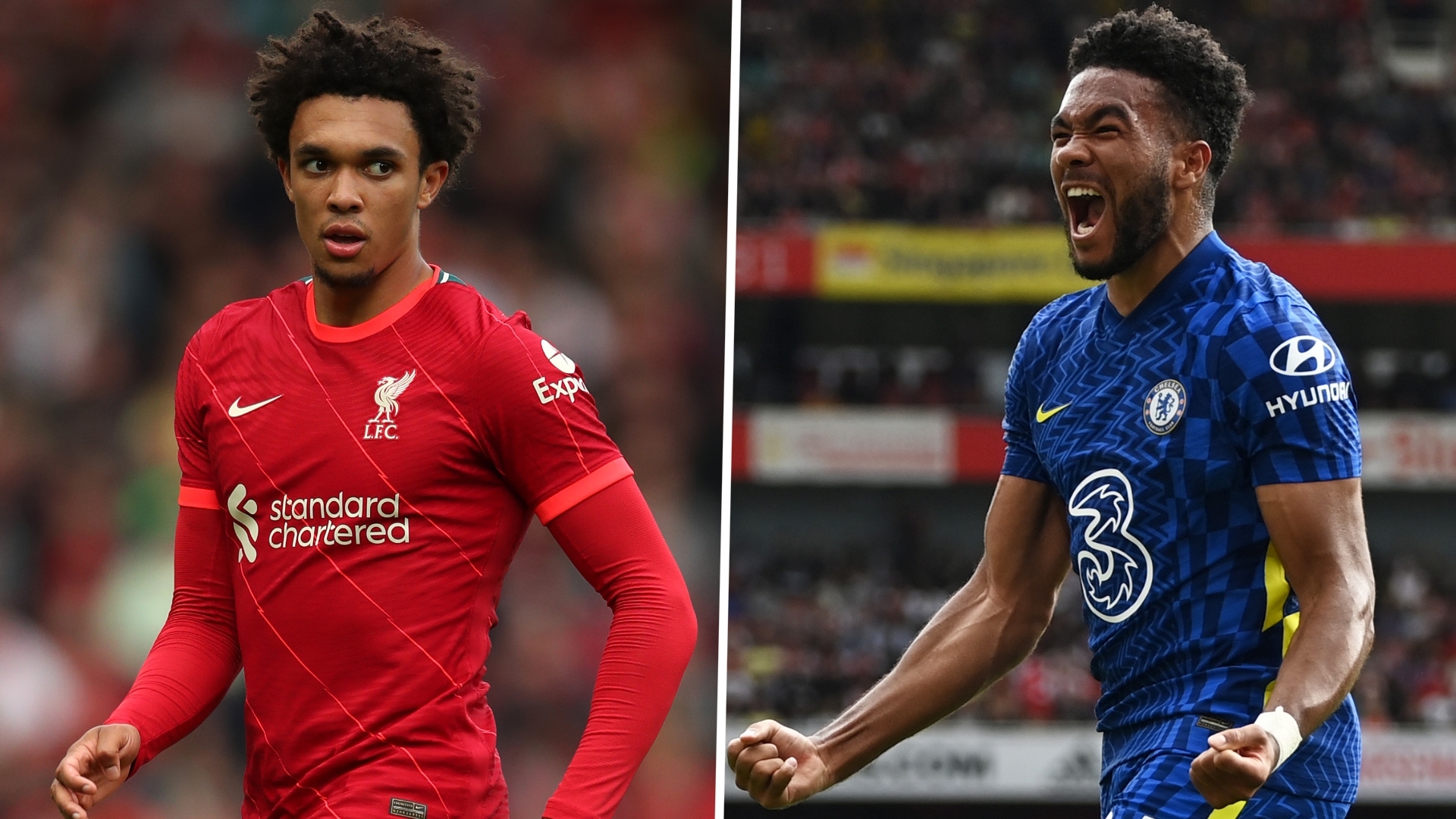 Putting to one side his goal and an assist in Chelsea’s 2-0 victory over Arsenal, Reece James gained attention for taking 11 touches inside the opposition penalty area, smashing his previous record of four.

A day earlier, another right-back stole the headlines, but Trent Alexander-Arnold’s interpretation of the role could hardly have been more different to that of James.

Liverpool’s 2-0 win over Burnley was defined by Alexander-Arnold’s crosses from deep (12), but more importantly his key passes (seven) from the inside channel. He was almost constantly in the final third and almost never on the wing.

In the 3pm kick off at the Etihad, Kyle Walker performed a familiar function as the wide centre-back in a three despite nominally playing in the same position as James and Alexander-Arnold.

He was narrow like the Liverpool man but considerably deeper, playing sharp ground passes through the lines while using his pace to cover behind Manchester City’s high defensive line.

As little as 10 years ago, right-back was an unsexy position and a largely functional role; defensive solidity, intelligent positioning and decent crossing ability on the overlap were all that was needed.

Historically, it was the position given to the least talented player on the pitch, to the person not quite good enough defensively or attackingly to be moved to centre-back or right winger. That is probably still the case at your Sunday League team.

There is still a bit of this floating about at the top of the game. Italy’s Euro 2020 success was built on one full-back holding while the other pushed forward, with Leonardo Spinazzola an important creative player and Giovanni Di Lorenzo clearly the least gifted man in Roberto Mancini’s first 11.

In the Premier League, a similarly lopsided approach is taken at Manchester United with Luke Shaw being counter-balanced by Aaron Wan-Bissaka – a very good player, albeit one who does look a little caught between being a centre-back and an attacking right-back.

But, on the whole, and particularly in the Premier League, right-backs have taken on a new prominence that makes them arguably the most important attacking position on the pitch.

The reasons for that are varied, and in some cases specific to the tactical preferences of the managers currently presiding over England’s clubs.

However, it is also the natural endpoint of an evolution towards high-pressing, straight-lined possession football over the last decade.

A desire to play on the front foot, necessitated by the growing financial divide between the elite clubs and the rest, has led to most teams now adopting – in broad terms – a 3-2-5 or 2-3-5 while on the ball, regardless of what the formation looks like on the pre-match team sheet.

Invariably, this means a three-pronged attack (wingers/inside forwards and a striker) supported by either an advanced central midfielder and a full-back or by two full-backs – with those 3-2 or 2-3 shapes filled in by a spare full-back (think Walker) or by a holding midfielder dropping back (think Granit Xhaka or Fabinho).

Inevitably, this territorial dominance has required right-backs to take on more attacking responsibility – although the changes go much deeper than that, and can be traced back to the rise of the inverted winger.

Although present in the game for decades, inverted wingers have become the norm over the last 20 years and during that time their precise position on the field has drawn ever narrower (hence why these players are now often referred to as ‘forwards’, being so close to the central striker).

This process coincides with an increasing understanding of the half-spaces – the columns of the pitch that run in between full-back and centre-back – as the most important creative zone.

Pep Guardiola deserves credit for the popularisation of this idea and his disciples, direct or indirect, now litter the Premier League.

Liverpool and Chelsea are the perfect modern examples of this.

Thomas Tuchel’s use of inside forwards sucks the game infield, creating space for wing-backs like James to provide all of the width, while the narrowness of Jurgen Klopp’s 4-3-3 is designed to pull opposition full-backs towards Mohamed Salah and Sadio Mane – again, to make space for Alexander-Arnold and Andrew Robertson to create.

The twist, in Liverpool’s case, is how Alexander-Arnold has also begun to tuck inside of late.

As Premier League football becomes hyper-tactical, as teams are increasingly compressed and compact through the lines, more work is needed to be done on the outside of an opposition midfield – but not too far outside to be in harmless touchline positions.

To explain this phenomenon, consider how remarkably similar the touch maps of Kevin De Bruyne and Alexander-Arnold have become.

Or how Joao Cancelo tends to dance through the centre-left space, becoming (yet another) midfield playmaker for Guardiola. Increasingly, it is only clubs using wing-backs that hold overlapping width.

This weekend sees James and Alexander-Arnold battle it out for supremacy on opposite flanks, and yet despite their obvious prominence their roles cannot be directly compared.

It wasn’t long ago that right-back was the least thought-about position on the pitch. Now, it is arguably the most complex and the most demanding.