Both were hugely successful in Europe, and are regarded as the nation’s best exports

The sight of Samuel Kuffour banging the Camp Nou turf in frustration after Bayern Munich’s 2-1 defeat by Manchester United in the 1999 Champions League final will probably never be forgotten.

FC Hollywood had somehow managed to throw away their 1-0 lead in second-half stoppage time to gift the Red Devils their second of three European Cup wins. The German outfit dominated their English hosts and were denied a second through Peter Schmeichel, poor finishing and the woodwork (twice).

Supporters usually respond to players showing they care and Kuffour’s outpouring of emotion endeared him to club’s fans.

The Ghanaian was the only non-German in Ottmar Hitzfeld’s XI on the day, and he retained his place in Bayern’s DFB Pokal defeat by Werder Bremen. It saw the Bavarians’ treble chances swatted away within a fortnight, as the West African and his teammates had to make do with only the Bundesliga title.

Two years later, though, the powerful centre-back wasn’t to be denied, becoming the sixth African to win the European Cup when Die Bayern got the better of Valencia on penalties in 2001. It was the club’s first European Cup success since 1976 and their maiden Champions League victory. 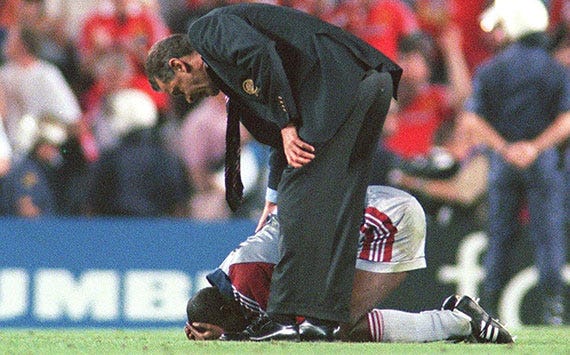 Kuffour became only the second player from his native Ghana to win the competition, with the great Abedi Pele triumphing with Olympique Marseille in 1992/93, the first Champions League campaign after its switch from the European Cup.

Pele is widely regarded as one of the best African players of all-time, and the greatest Ghanaian to play the sport, but should the six-time Bundesliga champion run him close?

Admittedly, that Marseille side in 92/93 were absolutely brilliant; going unbeaten in the competition and defeating an AC Milan side that had conceded just once throughout the tournament. Without scoring, the Ghana star was arguably the best player on the pitch; such was his influence in the decider.

They were the first side from France to make a European Cup final appearance – only Monaco matched this in 2003/04 – and remain the only club from the country to win the continent’s most-revered trophy.

Allegations of bribery and match-fixing in Ligue 1 threatened to smear their continental success: they were stripped of their league crown and suffered the ignominy of relegation to Ligue 2, lost their automatic right to defend their title and couldn’t compete in the European Super Cup. 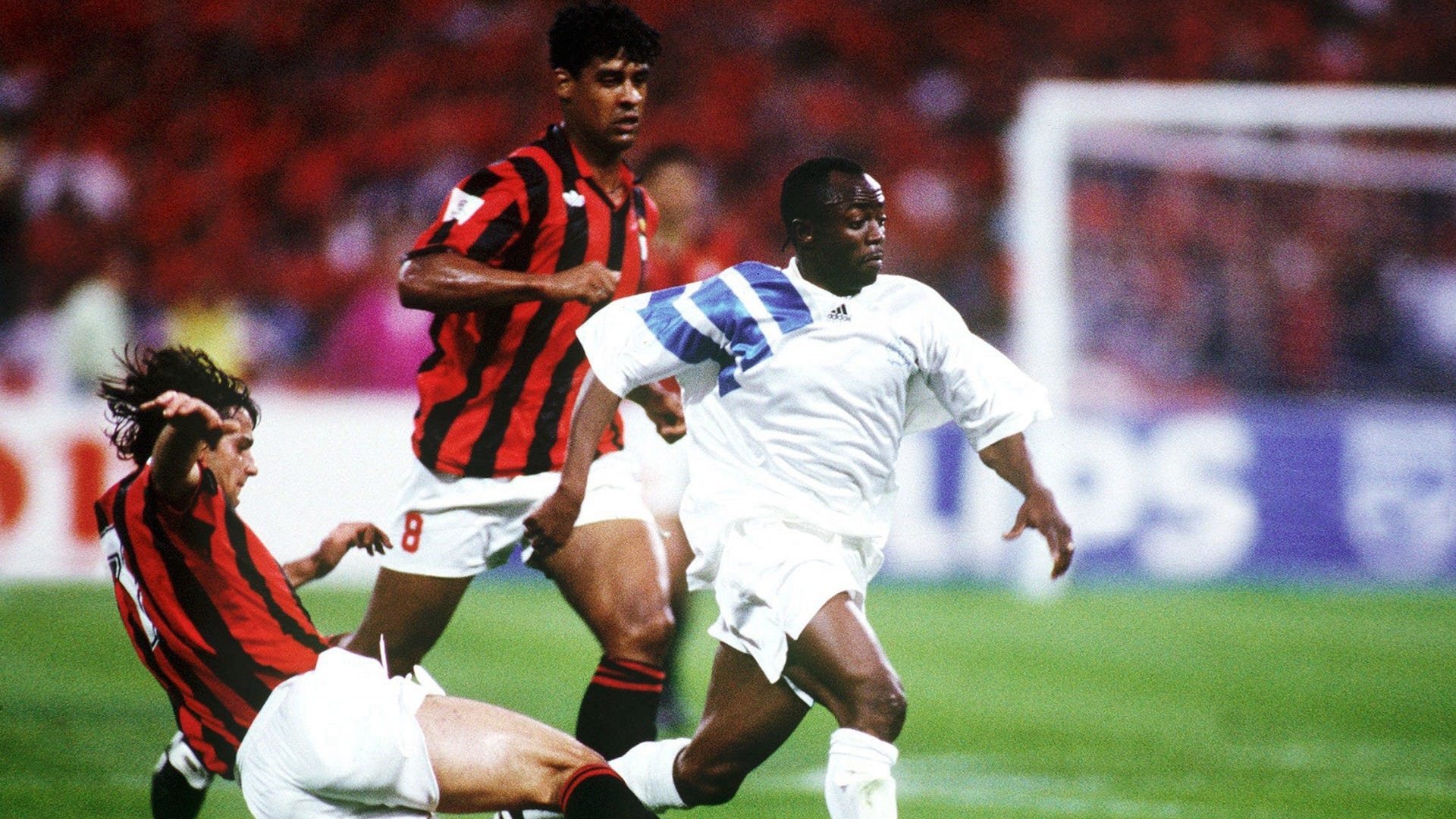 Les Olympiens were to go 17 years without winning a major trophy until their league and cup double in 2009/10.

The disgrace of 1993 was no fault of Pele, a two-time Ligue 1 champion, whose influence outside Africa paved the way for future stars on the continent, the major contributing factor to why he is held in high esteem.

The ex-Marseille man won the Africa Cup of Nations in 1982, Ghana’s last win at the continental showpiece, and went close to ending their then 10-year drought in 1992. His performances at the showpiece in Senegal are widely regarded among the most influential of any individual at the competition till date, but it wasn’t enough as the Black Stars fell at the final hurdle to Ivory Coast on penalties.

In the early 90s, the maestro dominated individual awards on the continent too, claiming France Football’s African Player of the Year on three occasions from 1990 to 1993, beating another African great George Weah on two occasions, while he won the maiden 1992 edition by the Confederation of African Football as well as the first BBC African Footballer of the Year in the same year.

He may not have won as many titles as his talent deserved, but his success three decades ago proved to be the watershed moment for African stars to flourish.

As many of you predicted, Abedi Pele advances to the African Legends Cup of Nations Round of 16 at the expense of @ASAMOAH_GYAN3...were the scores closer than you expected?https://t.co/lYDNvbWveN#ALCON pic.twitter.com/LIFATUFdlB

For Kuffour, his peak years were during his 12-year stay with Bayern which produced 12 major titles including that Champions League success in 2001, the club’s first European club success in 25 years.

It was the stocky centre-half who netted the only goal and was named man of the match in FC Hollywood’s Intercontinental Cup victory over Boca Juniors later that year.

The commanding central defender narrowly missed out on the African Player of the Year award on two occasions, narrowly beaten to the punch by Nwankwo Kanu in 1999 and El Hadji Diouf two years later.

However, he did claim the BBC award in 2001, the only defender to have picked it up since inception. Kuffour’s win was Ghana’s first since Pele’s in its inaugural year in 1992, and it heralded more wins for Black Stars’ players in the following years – Michael Essien, Asamoah Gyan and Andre Ayew were successful in 2006, 2010 and 2011 respectively.

Unfortunately, though, the centre-back never truly hit the heights playing for the national team and his success in Ghanaian colours came in the 1991 U-17 World Cup to claim the West African nation’s first title as well as Olympic Bronze a year later.

Pele’s exploits helped in creating a path for future generations in Africa, and his influence on the continent may outweigh Kuffour’s as a consequence. Nevertheless, both were successful in their respective eras and deserve their places in the pantheon of both African and Ghanaian football.