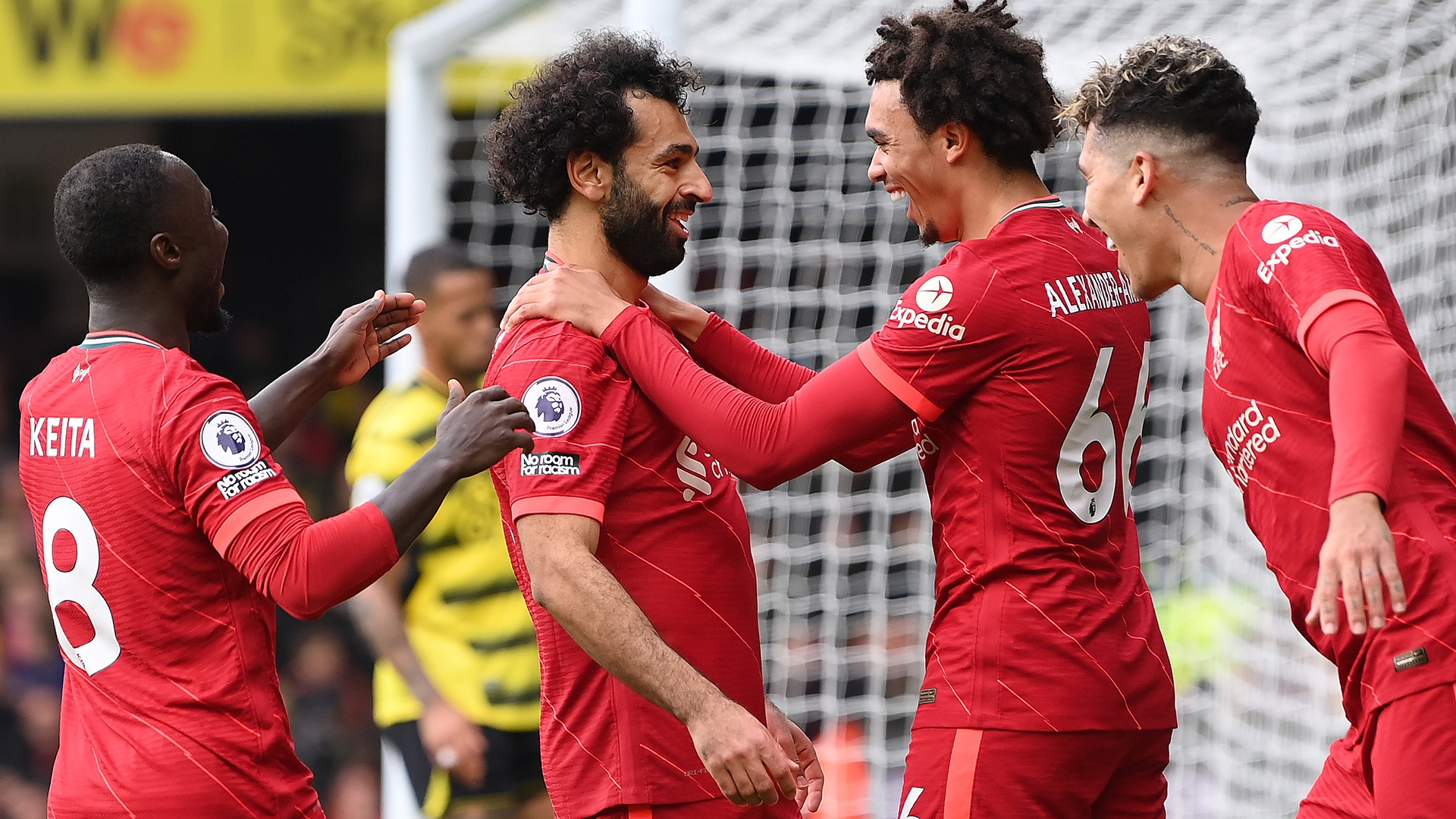 Salah scored his 104th goal in the English top-flight on Saturday as Liverpool thrashed Watford 5-0 at Vicarage Road.

He scored the fourth goal after assisting Sadio Mane for the opening goal in the first half.

Arguably the best player in the World right now is from Africa.

Mo salah and mane are two pride of Africa,Mo Salah's assist for Sadio Mane was special 😳
Mo Salah’s creativity is so, so underrated. THAT PASS!?!salah is currently on the form of his life🔥🔥🔥🔥,everything he touches turn to be gold🔥🔥🔥🔥🔥🔥🐐🐐🐐🙌🙌🙌👀👀👀 pic.twitter.com/WUc3NDRYfA

Fact of the day: Africa should be proud having Winger like Mo Salah and Goal keeper like Edouard Mendy!

[MUST WATCH] Mo Salah is one of Africa's finest players. pic.twitter.com/D9bhYguD8v

The English Premier league is lucky to have the best players in the world both from Africa.

Retweet if you agree pic.twitter.com/JqNuMA5Gq6

#WATLFC You know you are good when pundits compare two of your last two goals trying to figure out which is much classic. @MoSalah is indeed a 👑 of Africa and Europe at large.

Salah's impact and his feat has drawn commendations from fans across the conti nent.

We haven't been fair to Mohamed Salah.

When he's in this kind of form, he's Africa's best player.

Mohamed Salah is the best player in the Premier League.

Africa is a new king 👑🌍
104 top scorer in the english premier league 🔝
The best in the world 💪🌐🇪🇬@MoSalah https://t.co/T2DeYFxYrA

Mohamed Salah is running his own goal of the season competition..Ridiculous🔥 pic.twitter.com/d5WlZb27nP

MOHAMED SALAH IS THE BEST PLAYER IN THE WORLD.