Denmark stars Lucas Andersen and Jannik Vestergaard are proud of their achievement of finishing above England in their Nations League group but are eager to push on and qualify for the Finals.

A 2-1 victory over Iceland on Sunday saw the Danes keep their hopes of qualification alive going into a clash away to Belgium on Wednesday.

Only a victory will do in that encounter, but Andersen is bullish after securing second ahead of England.

“It is a great scalp to finish above England in the group,” he told Goal. “I am a big admirer of English football, so it means a lot. We have done well to win four points against England.

“Now we have a ‘group final’ against Belgium - one game left that decides the group – and that’s just perfect.

“Belgium are great, No.1 in the FIFA ranking right now, but we definitely want to win the group.”

Andersen went on to highlight the formidable mentality his side possess.

“Being part of this group of players is great,” he said. “The winning mentality is so strong, and the sense of team spirit is really amazing. When Iceland equalised against us the other day just a few minutes before the end of the game, we all had the same thought: ‘We are still going to win this.’ So we just stepped up and hit them right back.” 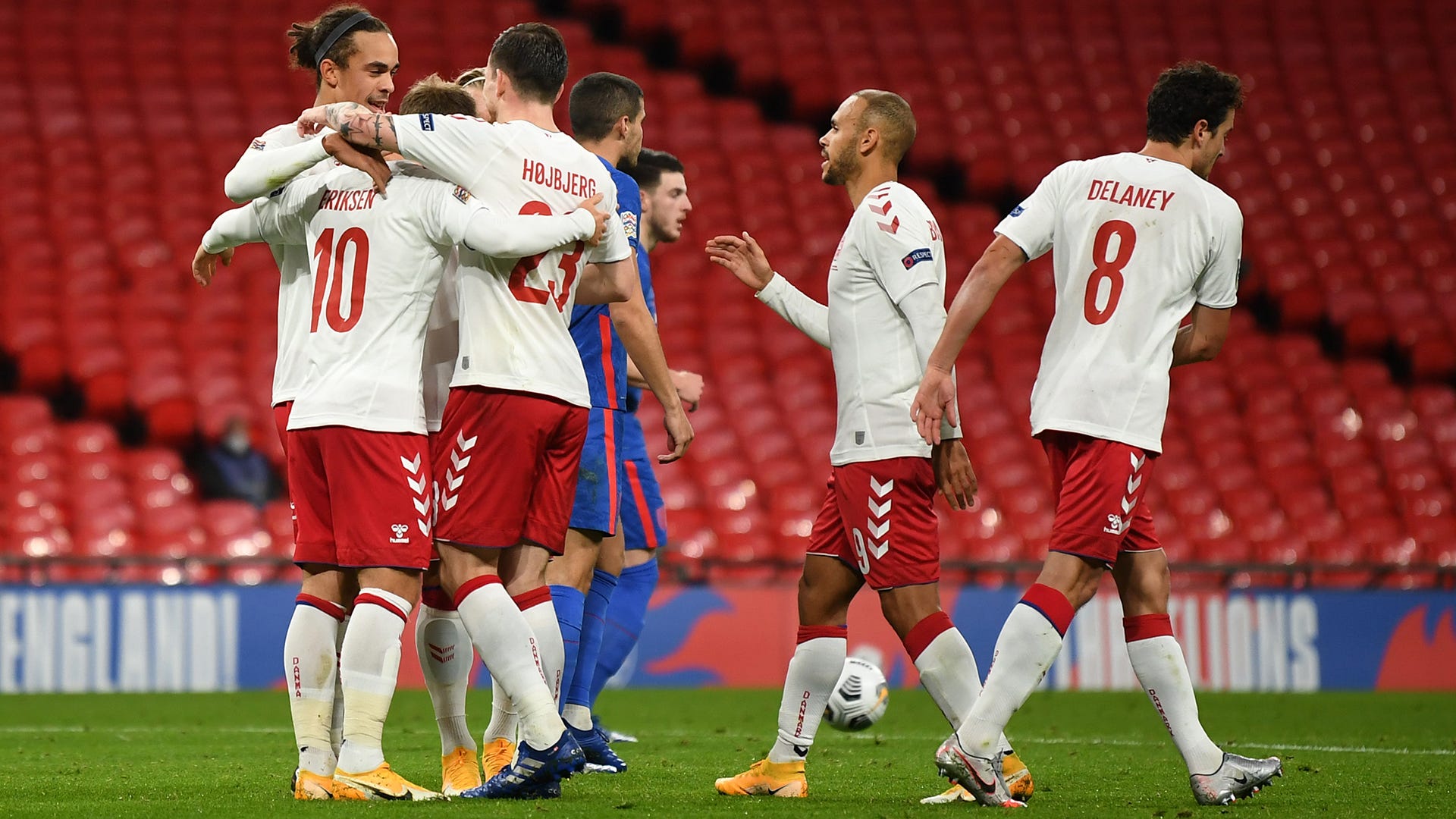 Southampton defender Vestergaard, who has won five of his six Premier League matches this season, echoed that sentiment.

“It says a lot about us as a team that we will keep England behind us in our Nations League group,” he said. “I believe that no-one likes to play against us.

“Last month we went to Wembley thinking: ‘Well, we could win here.’

“It wasn’t arrogant, we weren’t without respect for a very good England team - but we had winning mentality and a great, well-founded belief in ourselves as a team.

“We are new in the ‘A’ level, but our results show that we belong here with the best teams. After five rounds of the Nations League, only Belgium and France have won more points than us in all of the A groups. That's a great achievement, but we also go into the last game to win it - even though Belgium are an impressive team.”

Vestergaard went on to outline some of his side’s achievements.

“I have good friends playing for England, and they have a great group of players with extreme potential, no doubt. After all, I know the English players from everyday life in the Premier League, which is the biggest league in the world, and I love to play here,” he said.

“Denmark is different. We are a small country, but we have only lost one of our last 40 internationals - to Belgium in September, and that string of results should be respected as well.

“We are not here by coincidence, but because we deserve it. We work hard for each other, and we have kept cleansheets in five of our last six internationals, so we are difficult to beat.”

Meanwhile, Andersen is a relative newcomer to the international scene, having only won his sixth cap against Iceland.

The creative left winger, who started his career at Ajax, is settling nicely and was involved in winning the decisive penalty in that encounter.

“I was happy to be part of our match-winning goal, and that is what I am here for,” the Aalborg man explained. “I always enter the pitch to be a decisive player - to be involved in the defining situations, to create assists or to score myself. But more now than before in my career I am aware of the need also to work hard for the team - to take the long, tough defensive runs, to help the team.

“I guess that being the club captain has made me a better player in that way, and I feel more mature.

“At Ajax it was more about attacking and creating - now it is both ways. It is true what people say about experience - it completes you as a player, and I feel that I am entering my best years as a player.

“I dream of playing for my country in the Euros next summer, but talk won’t take me there - only consistent performances will.”