Flamini has been a transfer target for several sides across Europe this summer including Turkish giants Galatasaray and Ligue 1 side Bastia.

The 31-year-old's current contract expires next year and he has told the Gunners they must pay him a portion of that deal to cover for the anticipated loss of wages if he leaves the Emirates Stadium. 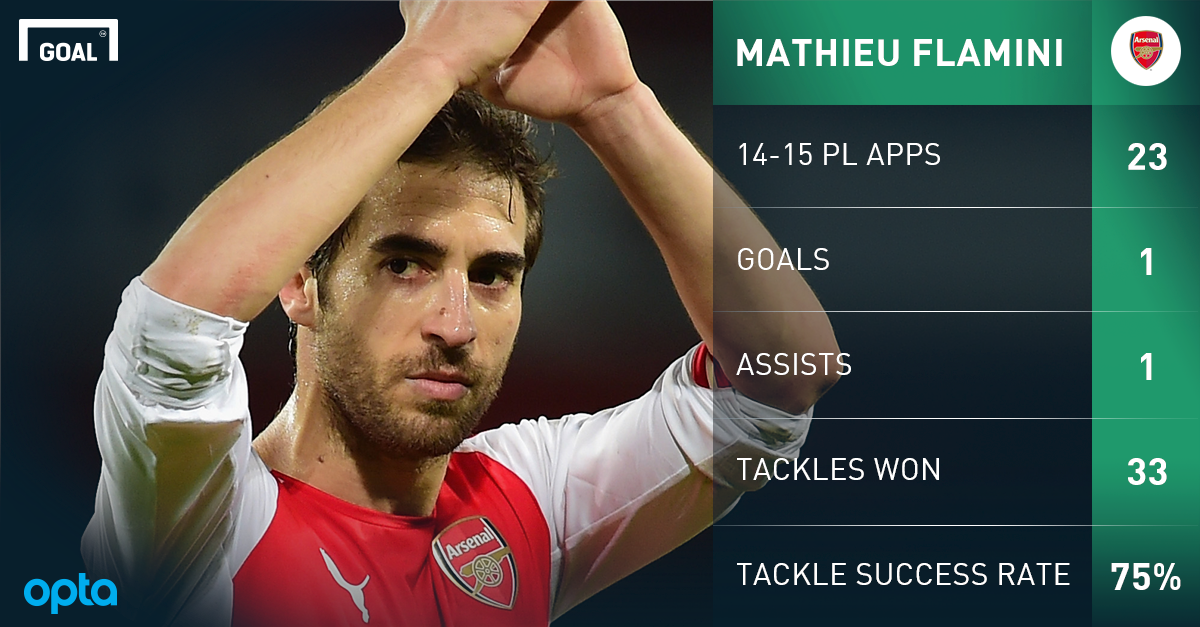 Flamini has spoken over the summer of his desire to stay at Arsenal and earn a new contract after losing his place in the side to Francis Coquelin last season.

"I don't like to give up that easily," the French midfielder said in July. "In football everything can move very easily one way and another. I don't like to look back at the past. We are starting a new season and I'm focused on that one."

But Flamini is not part of manager Arsene Wenger's plans and was left out of the squad for Arsenal's 2-0 defeat to West Ham in their Premier League opener on Sunday. Furthermore, Goal understands he has been informed by the club that he can leave this summer.

The 31-year-old returned to Arsenal on a three-year contract in 2013 after a previous spell at the club between 2004 and 2008 before he joined AC Milan on a free transfer.

Flamini's last Premier League start came in December last year but he still made 32 appearances in all competitions for Arsenal last season.