The Serbia international still has four years left on his contract although, with Real Madrid keeping tabs, Jose Mourinho is keen to improve the midfielder's current terms
EXCLUSIVE
By Graeme Bailey

Chelsea are ready to reward midfielder Nemanja Matic with a new and improved contract after his impressive performances since returning to Stamford Bridge, Goal understands.

Matic rejoined the Blues from Benfica back in January and has emerged as a regular in Jose Mourinho's starting XI, forging a formidable central midfield partnership with summer signing Cesc Fabregas.

The Serbia international still has four years left on his current contract, having returned to the club after initially being sold to the Portuguese giants as part of the deal that took David Luiz to west London. 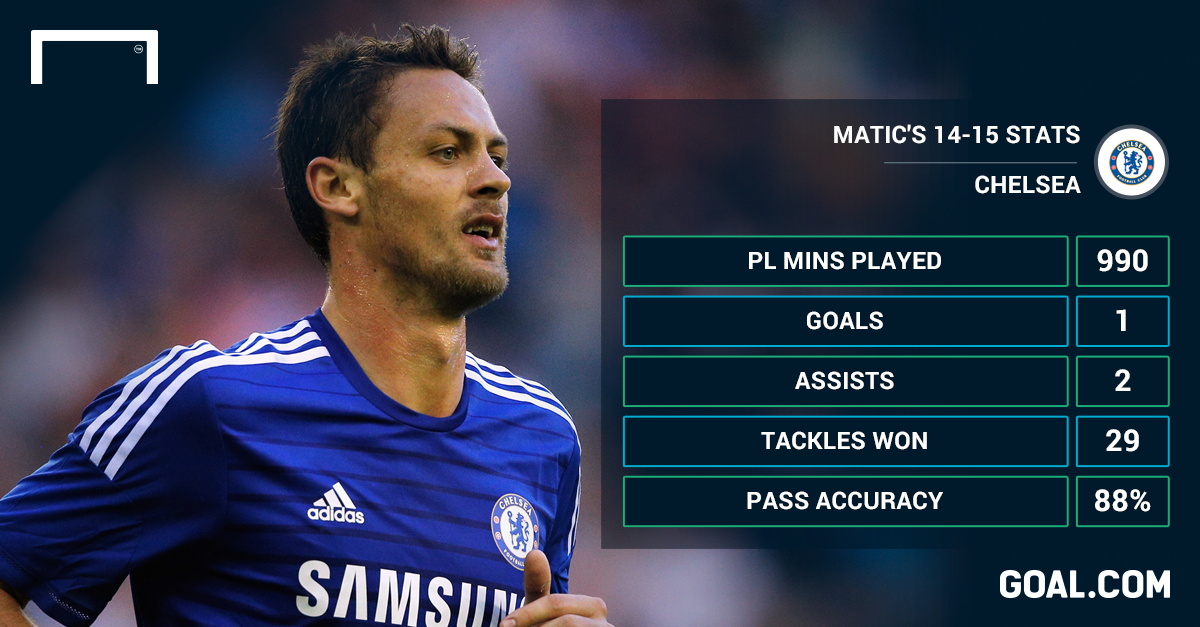 But Mourinho is keen to reward the midfielder for his top-level performances over the past 10 months as well as ward off interest from Real Madrid, who Goal understands have been keeping tabs on the 26-year-old.

Matic has played the full 90 minutes in all 11 of Chelsea's Premier League matches thus far this season and has weighed in with three goals in the 2014-15 campaign, including a crucial winner against Sporting in the Champions League.

Commenting on Matic's form after Chelsea's 2-1 win over Liverpool, a game that had seen the Serb take the team talk prior to kick-off, Mourinho said: "At this moment, he's a giant. Not for his size but for the way he plays. The man is a giant."
Close