Tottenham are in talks with South African bank Investec over a £15 million-a-year shirt sponsorship deal from the start of the 2012-13 season, Goal.com UK can reveal.

Investec is just seven months in to its existing deal to sponsor Spurs in the three cup competitions – the Champions League, the FA Cup and the League Cup – and is delighted with the exposure it has received thanks to the club's success in Europe this season.

The two parties have held initial talks over extending the agreement, worth around £5m plus bonuses over its two-year term, and Goal.com UK understands Investec would also be interested in taking up the club's Premier League shirt deal.

In the second part of an innovative sponsorship arrangement, Tottenham carry the name of software infrastructure company Autonomy on their shirts in the Premier League. The two-year deal worth £20m also expires at the end of next season and the partnership can be extended for a further three years by mutual agreement.

Investec would need to offer at least £15m-a-year plus success-related bonuses to take over sole sponsorship of the Londoners' shirts. Executives at the South African bank believe the deal could provide further value for money after watching Tottenham reach the quarter-finals of the Champions League, where they face a high profile showdown against Real Madrid.

“Investec is really pleased with the cup shirt sponsorship and would certainly like to extend the deal,” a Tottenham source told Goal.com UK. “It has also become clear that sponsorship of the Premier League shirt could also be an option after next season.”

Tottenham are keen to capitalise on their Champions League success this season and want to tie up commercial deals early after they were nearly forced to start this season without a shirt sponsor. 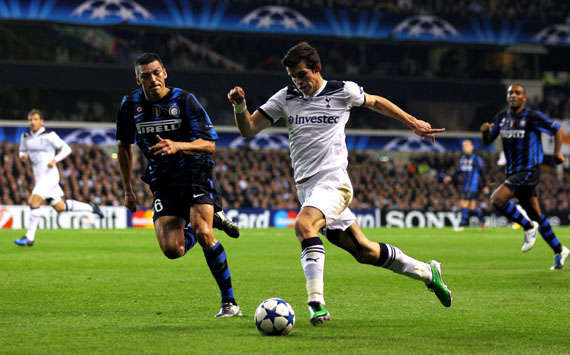 Wise investment | Tottenham have exceeded expectations in the Champions League

Spurs currently sit fifth in the Premier League and the club know that failure to finish in the top four this season could have an impact on their chances of signing major commercial deals.

Chairman Daniel Levy recently tied up a five-year deal with American sportswear firm Under Armour worth £10m-a-season from the start of the 2012-13 campaign, when they will replace current kit provider Puma.

Tottenham believe long-term commercial deals will provide manager Harry Redknapp with funds to spend in the transfer market and also provide guaranteed income as the club seek to find a stadium solution.

Since missing out on the Olympic Stadium, Levy has been working on finding ways to make the £450m redevelopment of White Hart Lane financially viable and has also been looking for other potential sites in the club's home borough of Haringey.