By Matt Monaghan
Who's in the best nick for the Premier League clash?
ANALYSIS

Manchester United and Liverpool enjoyed different fortunes in Europe, but who's in the best shape for their titanic weekend clash?

While United were held to a frustrating 0-0 Champions League draw against Rangers on Tuesday, Roy Hodgson's men claimed a 4-1 Europa League victory after they burst past Steaua Bucharest last night. Although the form book is famously thrown out the window when the bitter north west rivals meet, lessons could still  be learnt from the two matches.

Goal.com looked at the highs and lows from both sides as they warmed up for their Sunday showdown... 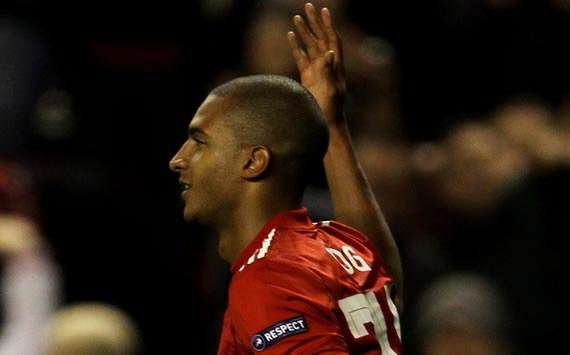 
Fernando Torres may be floundering for Liverpool, but in David Ngog they have a striker in reserve ready to pick up the slack.

The Frenchman's brace was noteworthy due to the lack of service provided to him by the dysfunctional midfield behind him. With Raul Meireles, Jay Spearing and Joe Cole not on the same wavelength, it was left to him to make the most of every opportunity.

Clinical from the penalty spot and dynamic in the area, manager Hodgson certainly has an ace up his sleeve if his star Spaniard repeats his pathetic performance from against Birmingham City.

On the opposite end of the East Lancs Road, Sir Alex Ferguson would have been thrilled by the 90 minutes Rio Ferdinand got under his belt.

An uncharacteristic frailty has dogged United's campaign, with successive away leads to Fulham and Eveton being surrendered in the final moments. While home comforts will be present, the Scot is sure to be buoyed by the presence of the England captain.

Ferdinand and Nemanja Vidic have struggled against Torres in recent meetings. However, the thought of the Spaniard against the underwhelming Jonny Evans sends shivers down the spine of any United supporter. 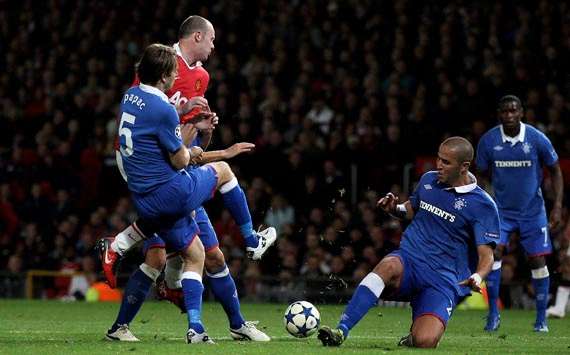 On the Way-ne? | Rooney has failed to hit top gear


The weight of the world appeared to be on Wayne Rooney's shoulder against Rangers. Bogged down by allegations of infidelity, the impish brilliance of last season seemed a long forgotten memory as he struggled to break down the defensive wall erected by the Glasgow giants.

Several short months ago, the 24-year-old had the sport at his feet. A dreadful World Cup 2010 campaign and damaging newspaper headlines have taken the spring out of his step.

Where as before he was in the midst of 34-goal return in all competitions, a powder puff long-distance toe poke was all he had to show for on Tuesday.

At Anfield, Raul Meireles put in a similarly abortive display in the face of rampant expectation. As the big-money capture in a summer of bank enforced austerity, the Portugal international must provide value on his €14 million price tag.

Against Birmingham City, Lucas and Christian Poulsen could barely string a pass together. Meireles has been brought in as the man to knit the Liverpool midfield together.

Although if selected at Old Trafford he will only making his third appearance for the club, a massive improvement must occur. Liverpool''s patience wore out for Alberto Aquilani to perform the same function, now they cannot afford to wait again as the riches of Champions League qualification lay up for grabs. 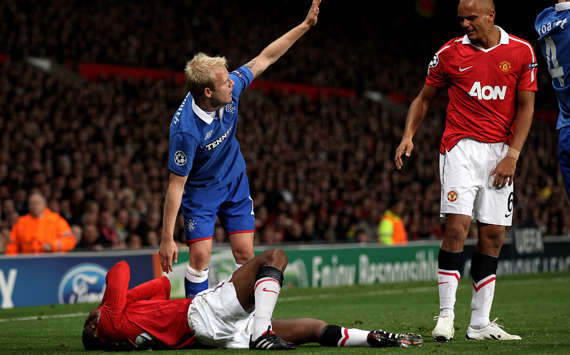 
Manchester United and Liverpool's wingers enjoyed games to forget this week for parallel reasons. While Antonio Valencia's career has been derailed by an unfortunate ankle dislocation, Ryan Babel's Merseyside future remains in intensive care after yet another lacklustre display.

The sickening injury to the Ecuadorian has robbed Ferguson of a fruitful relationship between his wide man and Rooney. Pinpoint crosses laser guided to the striker's forehead were a prominent feature of the United attack last term.

The increased return of the previously fitful Nani should act as an insurance policy as long as his upturn in form remains. Without it, Ferguson would be faced with throwing starlets Bebe or Gabriel Obertan into a 'sink or swim' situation.

For Hodgson, his Dutch speedster remains a conundrum without an answer. Blessed with natural pace and Ajax-honed guile, the failure to marry the pair on the pitch continues to stump the Reds hierarchy.

Dirk Kuyt's shoulder strain and Milan Jovanovic's poor Premier League start have left Liverpool crying out for a natural winger. Babel's sweat-free shirt and early re-introduction to the substitutes' bench against Steaua spoke volumes about his pitiful attempt to repay his coach's faith.

There'd be no better time than Sunday for Babel to rediscover the touch that saw him strike a winning goal against United in 2008.