By Chris Paraskevas
It was a busy week for the Socceroos' bigger stars.
Harry Kewell, Lucas Neill (Galatasaray, Turkey)

A full game for Neill and a first goal for the club with a thumping finish from close range in the 4-1 win over Diyarbakirspor, Kewell not taking part.

Played a full game and set up the first goal for his side in their 2-2 draw with visiting West Ham.

Two impressive displays by the Australian in big matches: keeping a clean sheet to help Fulham into the Semi Finals of the Europa League as they scored a 1-0 away win and 3-1 aggregate victory over Wolfsburg in midweek before he repeated the trick as they managed a scoreless draw away against Liverpool at the weekend.

A belated full game for Grella in the scoreless draw with Manchester United at the weekend, where Emerton started the match but was replaced at half-time.

Wasn't in the squad for the 3-1 home win over Chievo Verona.

Wasn’t in the squad for the scoreless draw with visiting FK Tom' Tomsk.

Full games for all three Aussies in the 1-0 home win over Sheffield Wednesday, where McDonald scored the winner.

Wasn’t in the squad for the 4-1 home defeat to Burnley.

Holman was introduced in the 80th minute of the scoreless draw at NEC Nijmegen while James Holland was an unused substitute at the weekend. The latter didn’t make the squad for this morning’s 1-0 home win over FC Twente, where Holman a last minute substitute.

Introduced in the 85th minute of the 1-0 loss away against AZ Alkmaar after being an unused substitute for the 2-0 home win over Heerenveen at the weekend. 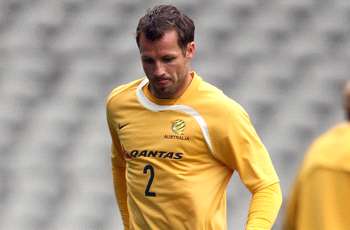 Played a full game in the 3-1 second leg victory but overall defeat for his side in the Beker van Belgie against Cercle Brugge.

Was an unused substitute during the 1-1 home draw with Greuther Furth.

An unused substitute in the 1-1 draw with Modena at the weekend and also in the 1-0 home defeat to Reggina this morning.

Didn’t come off the bench for the 2-0 defeat to visiting QPR.

Consecutive full games in the scoreless draw away at Cardiff City at the weekend and then in the 2-1 home defeat to Newcastle United this morning.

Consecutive full games for Kilkenny in the 2-0 defeat over visiting Southend at the weekend and then in the 3-1 away win over Carlisle United this morning, Lowry an unused substitute only in the latter match. Kisnorbo remains sidelined with injury. 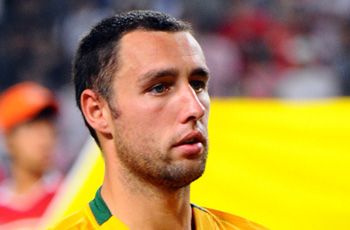 McDonald | Finding his feet at Middlesbrough

An unused substitute in the scoreless draw at Darlington on the weekend and not in the squad this morning for the 2-1 defeat at home to Port Vale.

A full game in the 1-1 draw with Port Vale at the weekend and replaced in the 70th minute of the 2-0 defeat at home to Torquay United this morning.

Wasn’t involved in the 4-1 defeat at Galatasaray.

Played a full game in the 3-1 home defeat to Istanbul Buyuksehir.

No involvement in the 2-2 draw at home with Sivasspor.

Didn’t play any part in the 2-2 draw at Kayserispor.

Played a full game as his side beat FC Zurich 2-1 away from home.

Played a full game in the 2-1 defeat at Helsingborg.

Replaced in the 56th minute of his promotion-chasing side’s 1-0 home win over Rodos.

A full game for Wesolowski in the 4-1 home win over Hibernian, where McClenahan was introduced in the 76th minute.

Replaced in the 83rd minute of the 3-0 defeat at Brentford at the weekend before playing a full game as his side recorded a 4-3 win over Walsall at home this morning.