Nicholas McGee
Cristiano Ronaldo is the heavy favourite to win the global award once again, but his Real Madrid team-mate feels he could have a chance too

Real Madrid captain Sergio Ramos believes the idea he could win the Ballon d'Or is not crazy.

Ramos enjoyed an excellent year as he helped Madrid to a Liga and Champions League double, the club becoming the first to successfully defend the latter competition in its current guise.

While Ramos' contributions at both ends have been pivotal to Madrid's success, the centre-back cedes the limelight to their star-studded attack, led by Ballon d'Or favourite Cristiano Ronaldo.

Ronaldo, who netted twice in the 4-1 Champions League final win over Juventus and posted an excellent scoring rate of 42 goals in 46 games in all competitions in 2016-17, would make it a fourth Ballon d'Or in five years should he win the award for the fifth time and equal Lionel Messi's record. 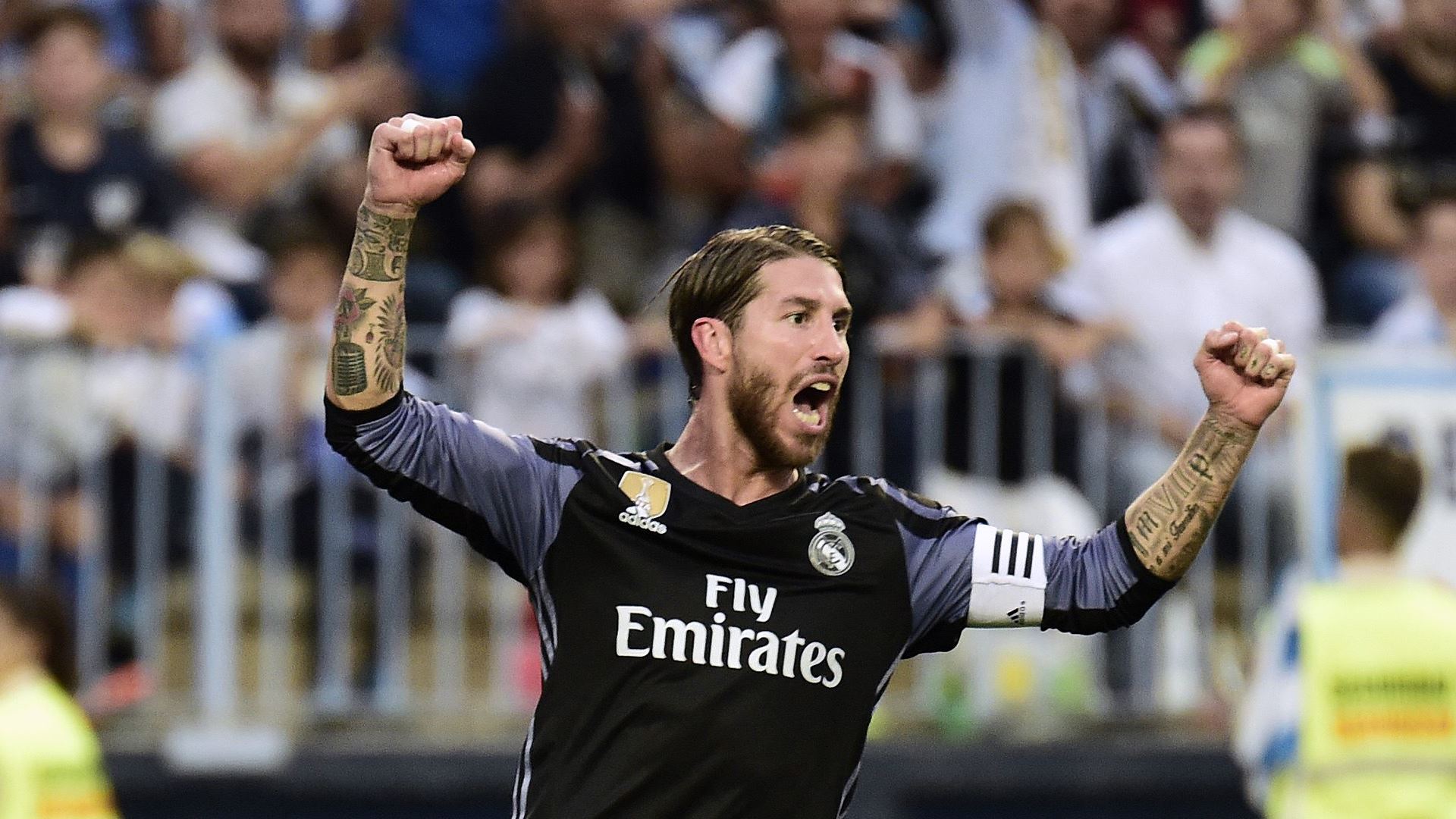 But asked about the prospect of winning the trophy himself, Ramos told Marca: "It depends. I'd have to know what they value to award that prize.

"These last years have been all about both Leo and Cristiano, but, for example, [Fabio] Cannavaro, who was my partner, also won.

"You never see it as crazy. I have achieved lots of things throughout my career that are very, very good but if they rewarded me with a Ballon d'Or, that would be historical."

There has been widespread speculation surrounding Ronaldo's future, with local reports claiming he felt let down by a lack of support from Madrid following allegations of tax fraud by Spanish prosecutors – claims the Portugal captain has strenuously denied.

Striker Alvaro Morata was heavily linked with Manchester United before they agreed a fee for Romelu Lukaku, and Premier League champions Chelsea are now being talked up as a potential destination for the Spain international.

Of their respective futures, Ramos said: "These are personal situations and logically I can't add much more. The only thing I can say is that I like being with the best and they are great players.

"Hopefully they are with us for many years but maybe they're looking for an exit option so we'll see."

Ramos found the net 10 times last term and has developed a penchant for scoring at important times, the 31-year-old on target in two of their three Champions League final wins in the last four years.

And he believes his proficiency in front of goal can be attributed to a fondness for former Brazil and Real Madrid superstar Ronaldo.

"In my time maybe Ronaldo Nazario, Raul and Iker [Casillas] were the ones that I looked up to most in the dressing room. And Roberto Carlos also, along with Michel Salgado," he added.

"I always played as a striker [in his childhood] and one always imitated the celebrations of players like Ronaldo. It might make me more comfortable in offensive situations and it may also make me act differently than other defenders who have not played this way as a youngster."