Samuel Eto'o has revealed that Jose Mourinho allowed him to deliver Inter's crucial pre-match team talk ahead of the 2010 Champions League final.

The Cameroon great spent two years at San Siro after leaving Barcelona in 2009 and claimed an historic treble of Serie A, Coppa Italia and Champions League triumphs in his first season at the club.

Pep & Mou: More in common than ever

Inter beat Bayern Munich 2-0 in the final at Santiago Bernabeu - their first in the tournament since 1972 - thanks to two goals from Diego Milito.

Eto'o, however, says Mourinho's decision to have him address the team before they went out onto the pitch proved to be an inspirational moment.

"Mourinho did something that few others would," he told Sky Italia. "He gave his team talk ahead of the game, then said: 'Now Samuel will tell us how we're going to win'. I have to thank him for that. 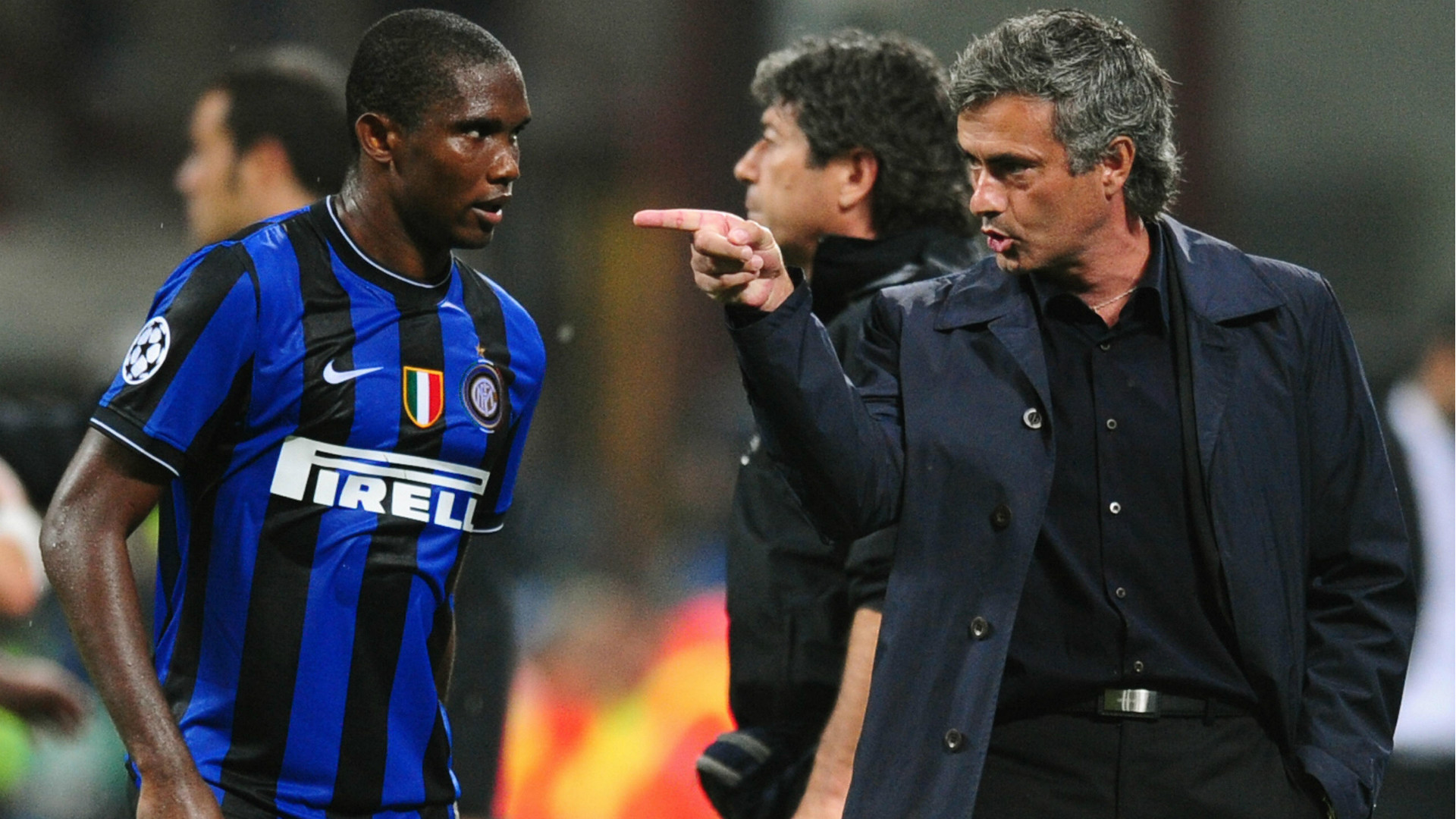 "In the final, you win if you step onto the field to win and not to go out and play. Each of us thought of how much we suffered to reach that point, winning against Chelsea and Barcelona, to get to a final Inter hadn't been in for 40 years.

"I said that I had played many finals but that this was the most special. We had to do something for the people, for the Inter population who deserved it.

The story behind Pep's Mourinho rant

"I said: 'Either we win the Champions League, or we die trying. We've got to die on that pitch to bring home the cup or we'll die because we won't return to Milan with the cup'. Fortunately, it all went well.

"I turned around after my speech and Julio Cesar was crying."