Under-fire Arsenal manager Arsene Wenger says he has made a decision on his future that he will announce soon.

Wenger was subjected to more vocal criticism from Arsenal supporters during Saturday's 3-1 defeat at West Brom, while a plane sporting a banner calling for him to stand down flew over The Hawthorns at kick-off.

Arsenal on worst run under Wenger

In a bizarre spectacle, another light aircraft trailed a message of support for the 67-year-old but there were few other sources of encouragement as his side slipped to a fourth defeat in five Premier League outings.

West Brom defender Craig Dawson twice benefitted from abysmal set-piece defending either side of Hal Robson-Kanu punishing poor goalkeeping by David Ospina - on as a substitute for injured Arsenal number one Petr Cech.

Wenger is out of contract at the end of the season and, although he has attempted to play down speculation over his future in recent weeks, he told a post-match news conference his mind was made up.

Arsenal will go into freefall without CL

"I know what I will do in my future. You will soon know, very soon," he said.

"We do not necessarily worry about that. We are in a unique bad patch that we have not had for 20 years and that is more important for my future." 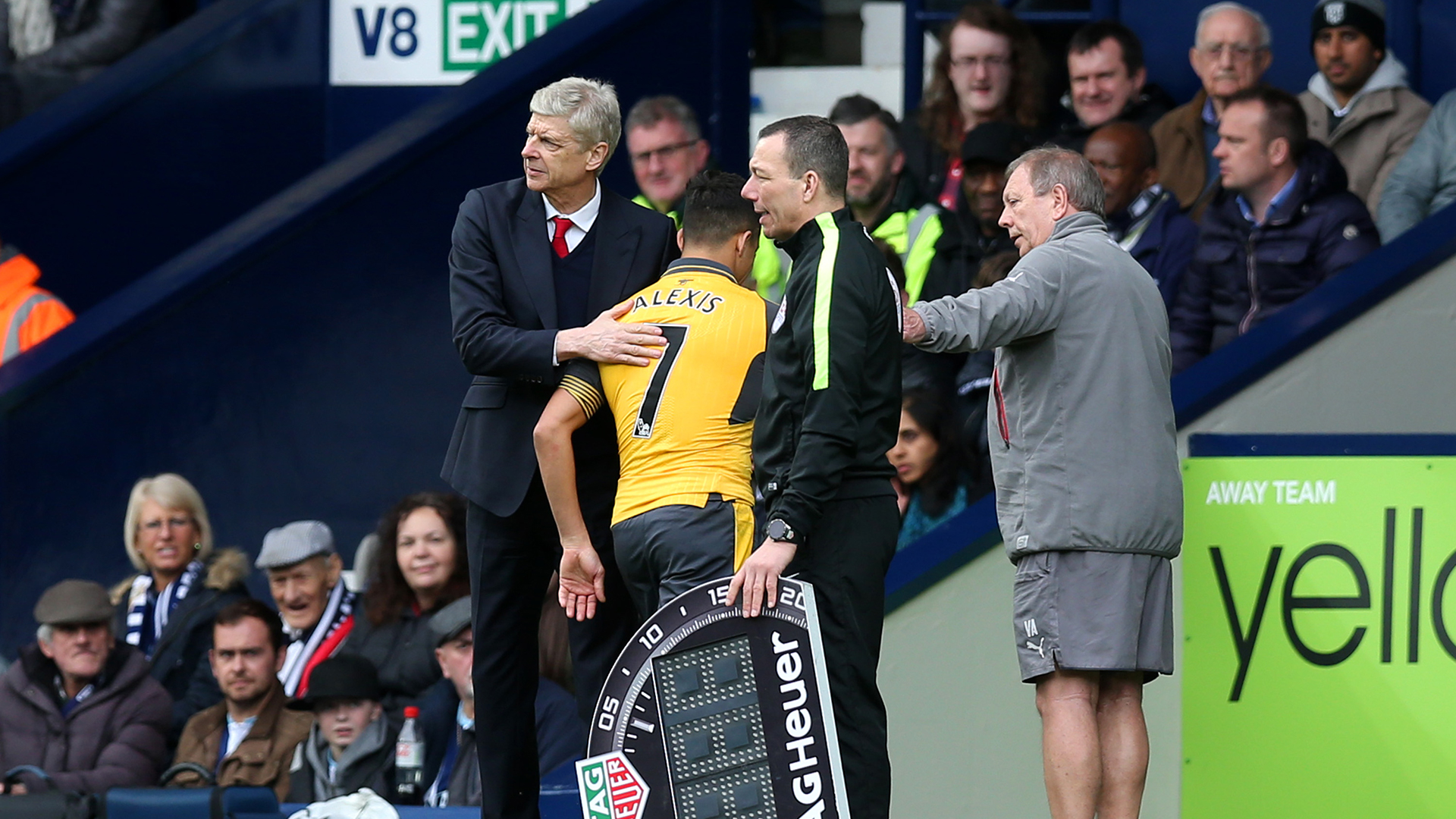 Arsenal are now five points behind fourth-placed Liverpool, who face Manchester City on Sunday, while Manchester United can go above them by beating Middlesbrough and a victory for Everton over lowly Hull City would bring them level with the Gunners on 50 points.

"We take all responsibility. It's obviously a big disappointment when you lose a game like that. We all have to take responsibility and prepare for our next games," Wenger said in an interview with Sky Sports.

"It's very worrying because we are not used to that [four defeats in five] and overall we have a hell of a task now to fight back.

"We need to regroup and of course focus on the games coming up because there are many big games.

"Everybody goes away now [for the international break] and we have to recover and prepare for our end of season.

"We focus on analysing where we are not good at the moment and correct what didn't work."