Pep Guardiola believes Monaco's free-flowing attacking style is the key ingredient in Radamel Falcao's late career resurgence ahead of his Manchester City side tackling the Ligue 1 leaders in the Champions League.

Leonardo Jardim's side will head to the Etihad Stadium on Tuesday having topped a group featuring Bayer Leverkusen and Tottenham, and buoyed by an astonishing 76 goals in 26 top-flight matches domestically.

Former Atletico Madrid striker Falcao is responsible for 16 of those in 20 games – the type of return the 31-year-old got nowhere near in England as loan stints at Manchester United and Chelsea flopped amid a search for full fitness following serious knee injuries.

"At Atletico Madrid he did an amazing job before his injuries. Always you need time for the tough injuries he had," Guardiola said at a news conference to preview the last-16 clash.

"The system, the way Monaco play now is perfect for him. They attack inside and cross a lot.

"Players like him need that. He is a good professional, a nice guy and I am happy he is back at his level scoring goals." 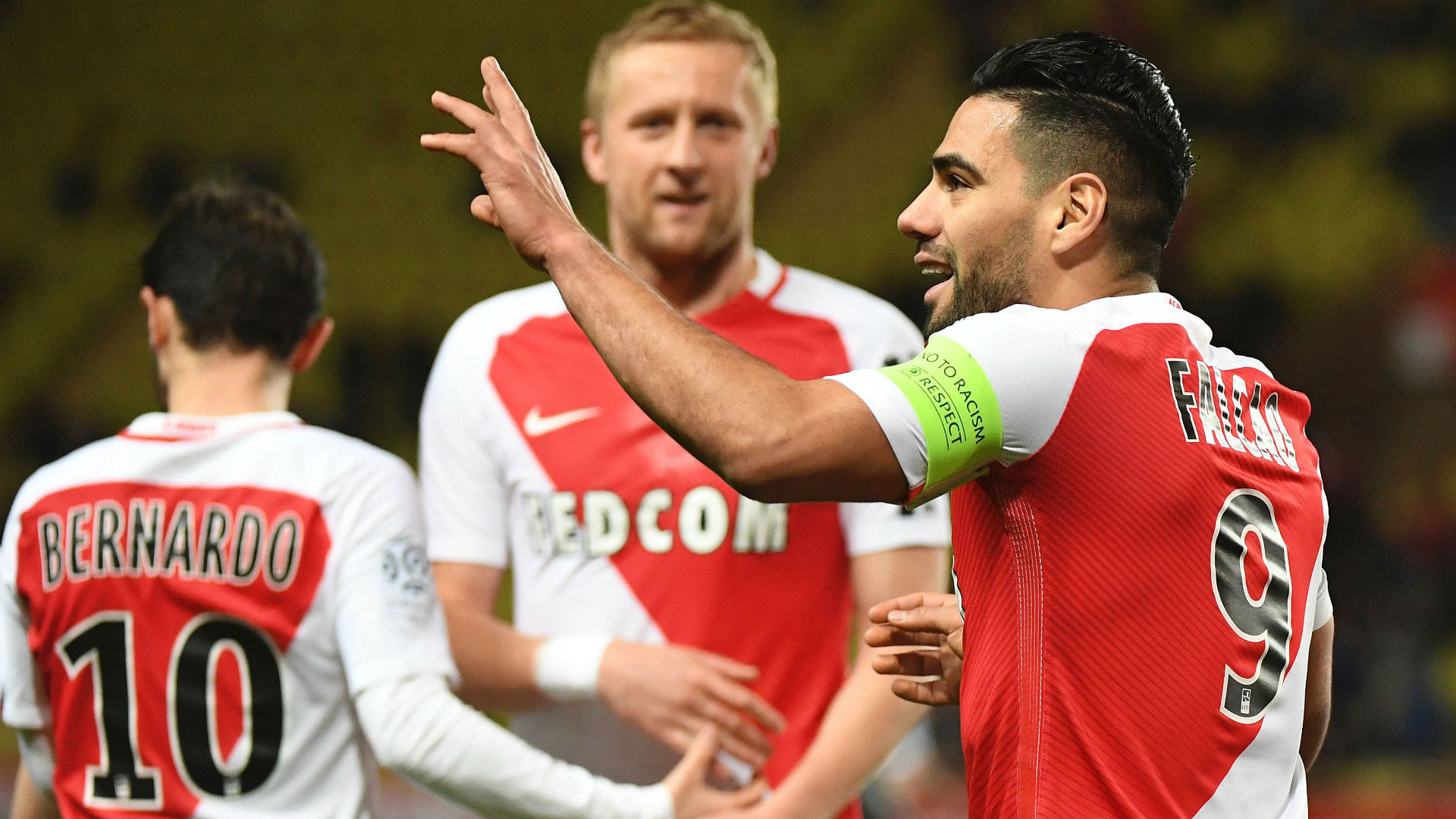 City have kept four clean sheets in their past five matches but Guardiola knows Falcao and his partners-in-crime Thomas Lemar, Bernardo Silva, Valere Germain and teenage protege Kylian Mbappe are likely to throw the defensive vulnerabilities that have plagued his side this season back under the microscope.

"A team that attacks with Lemar, Bernardo Silva and Falcao… they attack with a lot of people, which is why you cannot control the counter attack. They are so, so strong in that area," he added.

"As a spectator, it is so nice to see them, I'm really impressed by how good they are. The full-backs play like wingers; the wingers play like attacking midfielder; the two strikers are fighters.

"In the box, Falcao and Germain are killers. Both holding midfielders – Fabinho and [Tiemoue] Bakayoko are intelligent and physically strong. They are a complete team."

Guardiola's backline will be without captain Vincent Kompany once more, although left-back Gael Clichy has recovered from a back injury.

The ex-Barcelona and Bayern Munich boss urged his players to grasp a "beautiful" occasion, acknowledging City's vast riches cannot buy the familiarity and ease with major European nights that were second nature to his previous employers.

He added: "To be here is not easy. The people can think, okay, because it's Manchester City, English football and the most media and advertising in the world [in the Premier League] you have to be. But no, we are lucky guys.

"Always I played this competition with that sense. Even in Barcelona, even in Bayern Munich where they have more experience and play to win the competition. Always I said, 'wow, I am lucky'.

'Pep has Brazil to thank for Jesus'

"At this club, the recent history is quite good but for a long time Manchester City were not in the Champions League.

"That is why we are satisfied to be here and I would like to convince the players to enjoy this moment, because it is beautiful.

"All of Europe will watching us, to analyse us, to kill us if we don't win, to say how good we are if we win. That is a huge experience. It is beautiful to live it."