Peter Hanson
The Serie A side face an uphill task in their Champions League last-16 tie, but their Belgian forward and goalkeeper Pepe Reina remain confident

Dries Mertens rued missing the chance that would have seen Napoli lose by just one goal at Real Madird, but is adamant all is still to play for in their Champions League last-16 tie.

Mertens has scored 13 goals in his past nine Serie A appearances during a devastating run of form, but fluffed his lines when presented with a great opportunity in the second half.

Sarri fights back against Napoli chief

However, the Belgium international insists Maurizio Sarri's men can overturn the deficit when the holders visit Stadio San Paolo for the second leg.

"After going 1-0 up we couldn't keep hold of the lead," he told Mediaset Premium .

"Unfortunately I missed the chance to make it 3-2 from the Jose Callejon assist. We lost against a strong side, we needed to give more, but there's another match to go and we will give our all. 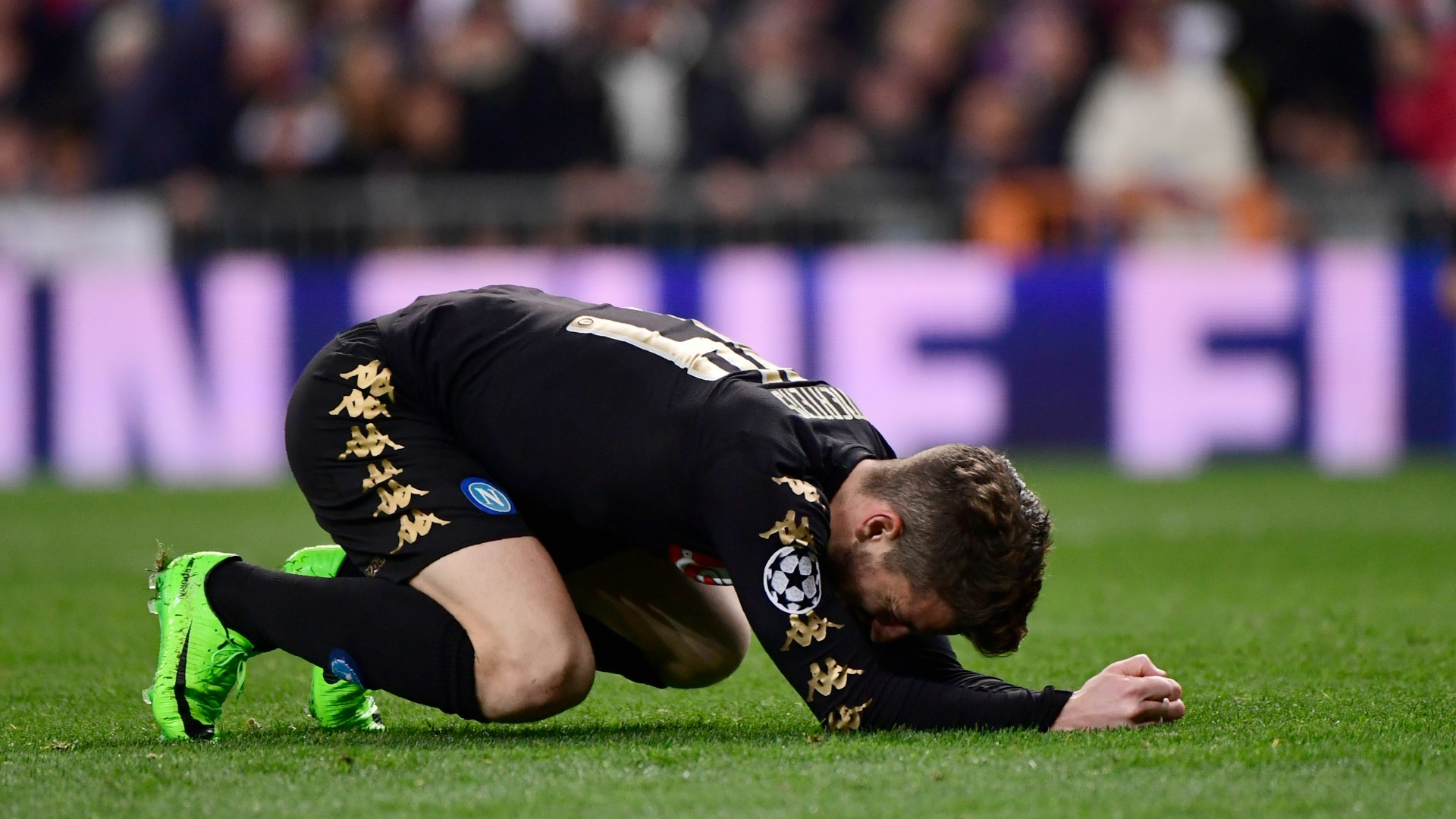 "In the opening stages we did so well, played our game and we had chances to score more goals, so I don't think we did badly.

"We have to see how the second leg goes."

Goalkeeper Pepe Reina was equally optimistic and believes Madrid will face an intimidating atmosphere at the San Paolo.

"We faced a great Real Madrid side and we have to congratulate them, but it’s not over," he said.

"They won't find the atmosphere easy to deal with in the second leg."